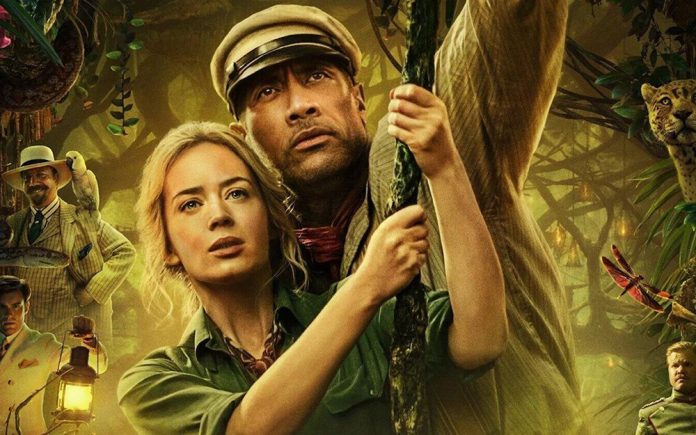 Far be it from me to encourage anyone to risk his or her life just to see a movie.

Below are two titles at the top of the list of many movie patrons’ now eager to share a movie experience with a room full of vaccinated strangers.

It’s important to take seriously the CDC guidelines as the highly contagious Covid-19 variant strain spreads in the Coachella Valley.

This column is not called “Movies to Die For.”

Inspired by the popular old-school Disneyland ride, and seasoned with more than a dash of “The African Queen” (1951), John Huston’s” classic movie starring Humphrey Bogart and Katharine Hepburn, this fun family film satisfies.

This time around it’s Dwayne Johnson and Emily Blunt who take a wild ride down (or is it up?) the Amazon.  Blunt’s character is from London.  She’s looking for a plant (or tree actually) that has alleged healing properties that could not only change modern medicine but perhaps the fate of all humans.  She hires boat owner Frank (Johnson) to help her on her mission.  Together they navigate the dangerous waters and confront many obstacles in his dilapidated boat.

Blunt and Johnson are enormously charismatic actors, but it’s hard to embrace the hint of a romantic relationship.  This colorful, high-energy not-as-dumb-as-expected movie is what escapism is all about.  Don’t you just love movies that deliver all the silly fun promised in the poster? 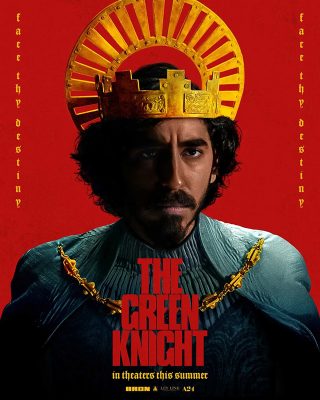 Many of us have been waiting more than a year for writer/director David Lowery’s film based on the 14th century poem of unknown authorship that you were probably forced to read in a high school English Lit class.

None other than J.R.R. Tolkien, who fashioned (translated) a version of the medieval Arthurian tale, called it “one of the greatest works of English literature.

Lowery’s magnificent and fantastical epic adventure will grab you and transport you to another time and place.  You will see things you’ve never seen.

Dev Patel is Gawain, King Arthur’s strong-willed and reckless nephew who goes on a dangerous quest to confront the mysterious Green Knight.

This stunning cinematic adaptation creates a here-to-for unseen medieval fantasy world that exists in the rift between the pagan Celtic world and that of emerging Christianity.

This old story has been reborn in a lush, visual and aural iteration.  It’s an intricate, audacious, beautiful, horrific, poetic and dazzling fever dream of self-discovery where big questions about, time, existence, mind and honor are raised.

Universal themes, like the consequences of greed, meander in the woof and warp of this wondrous cinematic tapestry.

Every element of this masterpiece is top notch — the acting, directing, production design, the evocative score and cinematography.

With all the magic and mystery, there is always the rot and pervasive feeling of dread.

Patel makes Gawain’s search for his humanity – or rather what it mans to b human  — urgent and relatable in the word we inhabit.

See this extraordinary film on the biggest screen you can find.