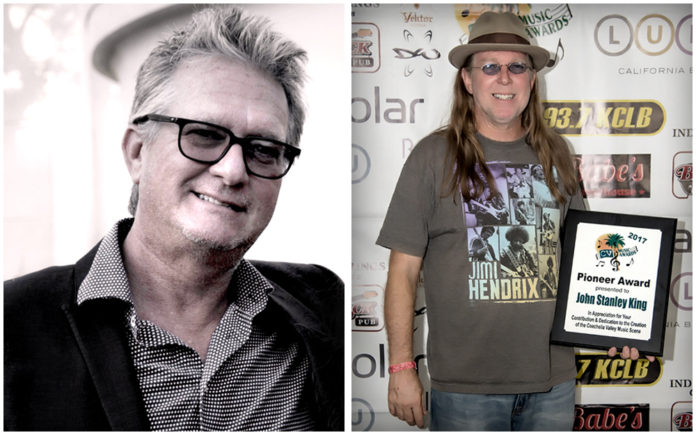 I’d like to take this opportunity to congratulate two brothers who have expanded the musical footprint of the desert, Ronnie King and his brother John Stanley King. Both of them have their roots in jazz. I think ‘the cool gene’ runs in the family and I’m proud to be friends with both of these great guys.

These two icons are part of a musical family. This week I’m going to focus on Ronnie King and what’s happening in his musical career. I will follow up with an interview with John in a subsequent column.

I first met Ronnie in 2010, when I first heard him at French 75 in Laguna. He was playing his special brand of jazz, and had some great vocalists that came and sat in with him. I realized I was in the presence of a master.

I had no idea about his background or producer credentials, I just enjoyed listening to him.

It was only later that I found out that he is a very accomplished producer for some of the biggest stars including Tupac, Mariah Carey, and Snoop Dogg.

He’s also the producer of ex-Korn drummer David Silveria’s new rock band ‘Core 10’ and has spent 5 years producing them. He plays keyboards for them as well. Lately he’s been spending a lot of his time getting ready for his launch of their new industry showcase for major record companies and management firms. They are currently in negotiations with major record companies. Members include: Duncan Nisbet-Vocals, Sean Lenhoff -Vocals, Chris Dorame-Bass, Liljoe Taback -Guitars, David Silveria-Drums, and Ronnie King-Keyboards.

Core 10 has recently inked a deal with Grammy award nominated producer, Ulrich Wild’s label WURM Group to record and release their debut single “Unforgotten”. The video is currently being filmed and edited by acclaimed director JP Brasca, and the single and video are slated to be released concurrently by late summer 2017. They will be headlining the “US Open of Surfing”.

Ronnie has just completed his first sound track for the new movie Border Cross starring Danny Trejo and Lorenzo Lamas to be released in September.

He continues to record at his very cool studio “Chateau Relaxo” in the Coachella area making new stars.