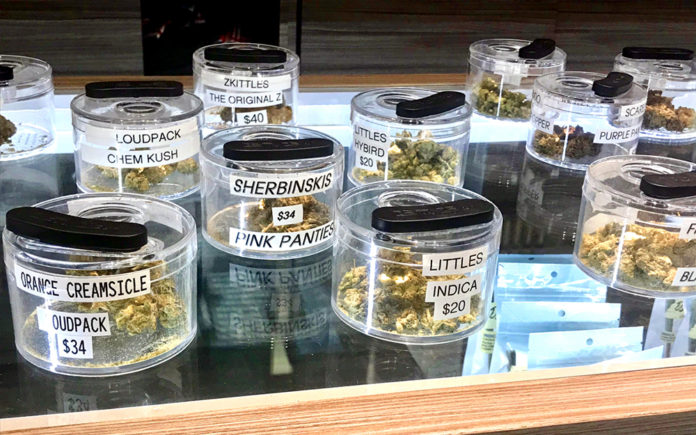 Bare Dispensary in Palm Springs has brought the term “homegrown business” to the next level by being one of the leading marijuana dispensaries in the Coachella Valley. Having been licensed to sell in 2007, Bare remains as one of the first dispensaries established in the desert, originally CAPS Apothecary before adopting the Bare name.

The dispensary carries a variety of cannabis-based products from edibles, vapes, and concentrates, to tinctures, topical skin treatments, and CBD products. “What actually separates us from a lot of the other shops is that we have quality at affordable prices. We carry a lot of the same stuff that other dispensaries have, but Bare has them for five-to-ten dollars cheaper. We automatically apply a discount to customers with the tax because we are for the people and the culture,” explains Joel Diaz.

Diaz is in charge of vendor relations and also acts as a bud-tender at Bare Dispensary with two-and-half years in the business under his belt. He and the rest of the dispensary staff work to provide unique products accessible to buyers. They will even do a price match to the cost of the same products at other licensed marijuana dispensaries in the Coachella Valley.

Diaz also emphasizes the medicinal aspect of the shop that goes beyond their surplus of nonalcoholic medicated beer and popcorn. “Every patient that comes in here knows us. We’re really connected with them on a first name basis.  There’s a misconception that everyone that comes in here just wants to get high. While it’s recreational, it’s also medicinal. At the end of the day, there are symptoms that can be treated,” says Diaz. 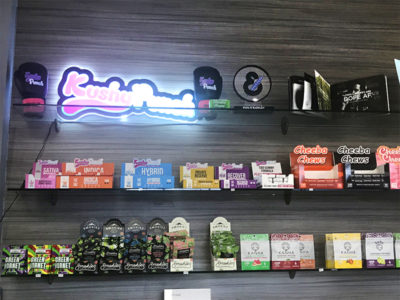 Last weekend’s 4/20 celebration brought a full house to Bare Dispensary, as customers took advantage of the Patient Appreciation Day discounts and other product vendors out to celebrate the cannabis-centric holiday. Bare Dispensary also recognizes national holidays in the form of charity fundraisers for organizations like Toys for Tots in December.

All menu items are licensed for adult use recreationally for customers aged 21 and over with identification. Patients must be 18 and over with a doctor’s recommendation in order to access medical cannabis. There are also some exclusive deals for first-time customers, like 10% off purchases for veterans and seniors aged 65 and up 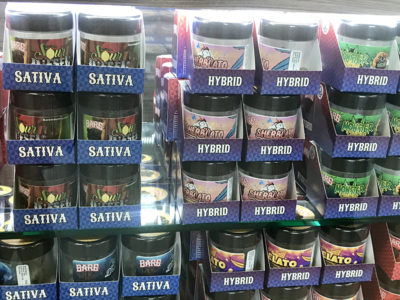 Before the 4/20 weekend, Bare Dispensary provided a shuttle service to some lucky concert-goers during the first weekend of the Coachella Valley Music & Arts Festival. The route started at the Indio Empire Polo Grounds and took attendees to Bare Dispensary for a tour of the establishment and a chance to sample some of the exclusive cannabis products.

Located off the I-10 East when entering the desert, the dispensary is one of the first buildings to greet out-of-towners during their Coachella-bound journey. While this location initially deterred the amount of foot traffic into the shop, Bare Dispensary has quickly developed a loyal following over the years. 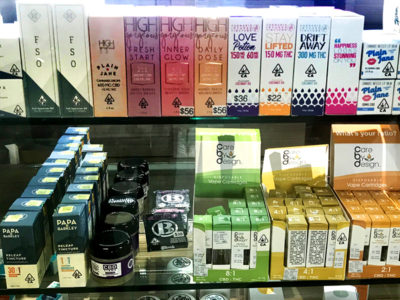 “We went from seeing barely fifty people a day come into the store to where we are now in a span of just five or six months, we’re seeing well over that amount, probably around 400 people a day. Give us another six months, and it’s going to get pretty crazy,” states Diaz, who sees the inevitable growth of Bare Dispensary in the near future.

Despite the prominent name of Bare selling various cannabis products, Diaz asserts that the success of the dispensary derives from its modest beginnings as a mom-and-pop marijuana shop appealing to both recreational and medical marijuana usage. 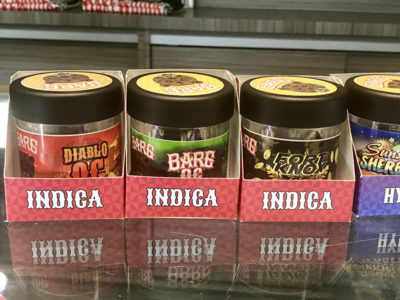 “The staff here is very knowledgeable and will have answers to any questions that are asked. On the off-chance we aren’t sure about something, we research it right in front of you and guide you every step of the way [for first-time cannabis use],” says Diaz.

As the stigma behind the use of marijuana products begins to fade with the legalization of cannabis in the state of California and other relevant events like the Kind Music Festival held in Desert Hot Springs this year, Bare Dispensary continues to provide for patients and customers alike in a welcoming environment.