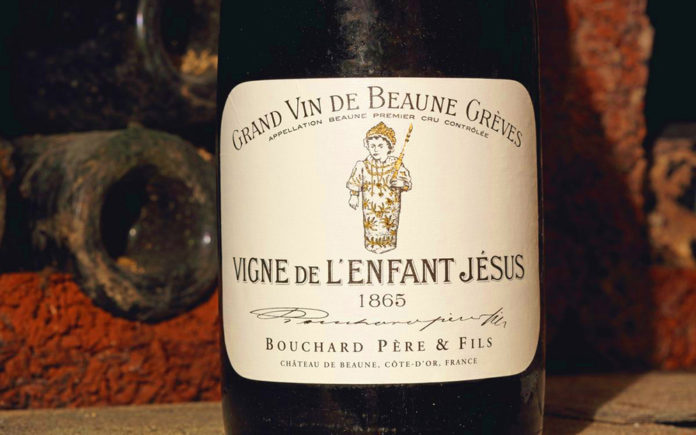 It’s great to be checking in with you readers again as my wife and I continue with our European Wine Tour, where we’ve wined & dined on the Danube, and now have just taken a jaunt from Budapest to Paris where we will catch a couple of days at the Roland Garros French Open Tennis Tournament.

Hard to believe that it’s been four years since we covered for you readers this Grand Slam tennis event played on “la terre battue”—the beaten earth, aka, clay.  And where we took the vino advantage of accommodating three different forays into the famous vineyards of France, only a quick train trip away—the regions of Champagne, Chablis, and the Loire Valley.

And remember our recommendation? Especially for you Champagne vino fans,  For a change of pace, we suggested that upon landing at Charles De Gaulle, take the TGV speed train to Champagne, where in 35 minutes you can be tasting at the various famed Champagne Houses and taking in the relaxing countryside—as opposed to the rushed rigmarole of getting into Paris and then checking in at your hotel. That can all be done later in the day when things are less hectic, and, you’ve had the opportunity to chill and appreciate your fun days ahead!

And to finish that thought—we’re all here to jump into le jeu culinaire, the culinary game!  If one thing is true in Paris, it’s that there is never a shortage of new places to eat. But what’s most exciting about the city’s newest openings is how they are contributing to its ever-evolving diversity in flavor and choice.

As you French foodies are probably already aware, there is a moving gastronomic infatuation with the French culinary art of “bistronomie”—the idea of rescuing culinary traditions developed in the French provinces and countryside; a combination of simplicity and the best traditions in French cooking.

Last year we wrote about a return of the familiar—la cuisine bourgeoise (unpretentious, family-style cooking) and bistro classics updated for today’s tastes, as award-winning chefs turn their attention to the ingredients of their childhoods here and abroad.  There are now more than one hundred bistros in Paris whose mission is to “bring gastronomy to everyone.”

French foodies are on record stating: “It is a place of life, a place of conviviality, a place of high gastronomy but also of eggs mayonnaise. No need to be a connoisseur, a gourmet, or a millionaire to have a top dinner in Paris. No need to bankrupt yourself either.  In Paris, as part of “L’Operation: Paris, le plus grand bistro,” it’s to celebrate the culinary savoir faire of the City of Lights.

Of course, the most popular wine being poured at the bistro are roses and Beaujolais.  We talked about bistro roses last year; now, it’s beaujolais’ turn.  Pronounced BOE-zhol-lay and not Boo-jue-lay, Beaujolais has something for everyone. From light-hearted nouveau to somm-favorite “cru”, the French wine region produces a range of styles. Made from the acidic and fruity Gamay Noir grape, Beaujolais is lighter-bodied and lower-alcohol than most reds and offers a relatively inexpensive alternative to similar styles from nearby Burgundy.

Kind of funny, but, in the past, and maybe still happening, some Burgundy winemakers look “down” at Beaujolais. But like it or not, the hilly picturesque vineyards just up the road from Macon are an integral part of the illustrious Burgundy region of central France.

So why the disdain for your neighbor?  Maybe it has a lot to do with grape varieties: Burgundy’s red is the classic Pinot Noir—known there as the “Queen” of the Red; Beaujolais, on the other hand is just Gamay.  And it didn’t help that the “Beaujolais Nouveau” phenomena (just having fun with light party wine) had its problems with serious wine folk.

(Back around 1992, Beaujolais Nouveau parties were the rage!  I remember going to the beautiful Biltmore Hotel in Los Angeles and the entire first and second floor were lit with big French wine names and wineries pouring wine from fancy wine booths all decorated and animated in French frolic! You would have thought this celebration was here to stay.  But it didn’t—it ran out of favor, especially around these desert parts!)

As mentioned above, most serious wine folk love their favorite “cru” from one of the famed ten villages in Beaujolais.   Moulin-a-Vent and Morgon are your heavy hitters; Fleurie and Julienas are lighter and perfumey; Brouilly and corned beef are a match made in heaven. Because of its high acidity, Beaujolais-Villages are a great match for creamy risottos and pairs with a range of foods such as charcuterie and with roasted white meats like chicken, turkey, and pork, as well as light salads.

After some time in Paris, we will be trekking over to Beaune, which is South of Dijon but north of Lyon. But this is all Burgundy.  It’s been said that Paris is France’s head; Champagne her soul; Burgundy is her stomach: Charolais beef, Bresse Chickens, Burgundian cheeses, fresh river fish and snails on the vines—yeah baby!

Oh!—and the wine: An icon in Burgundy since its founding in 1731, Bouchard Père & Fils produces wines that show superb fruit and are lighter on the palate.  While some of the wines can be more than $400, the iconic house also produces bottles starting at approximately $20 that are ideal for people looking for a quality and affordable bottle of Burgundy.

Back in the day, I received a 1985 Beaune Grèves Vigne de l’Enfant Jesus. The Bouchard house has owned the vineyard for more than 100 years and it has become a signature wine.  A great label—I mean it does somewhat translate to the “vine of Baby Jesus”. Unfortunately, like a dupe, I accidentally left it in my car for a few days in the summertime.  When I discovered my mistake, I panicked and opened it immediately.  It was one of the best wines I’ve ever tasted.