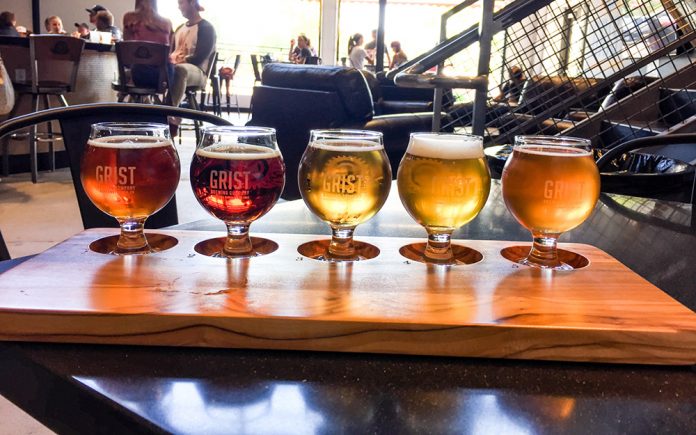 People like to tell me their beer stories and more often than not they have to do with contrasting feelings. They like beer but are afraid of it. They don’t understand the flavors and the aromas everyone talks about, which leads them to feel inadequate and anxious. I thought, “Why is it that we invest so much thought in trying to educate Americans about beer and yet they feel lost?” I realized that we convey to people that they need to know everything about beer, essentially be connoisseurs, before they can simply love it. This equation is backwards. If you want to develop an emotional relationship with beer, first fall in love with it and then go ahead and study if you want.

A lot of the conventional wisdom about beer in the twenty-first century is governed by nineteenth century thinking. The benchmark brews that laid the foundation for so many enthusiasts, and what we think is great about beer, have been replaced today by lactose-laden smoothies and Hazy IPA’s. This is both sad and liberating. Connoisseurs today can’t merely be experts on IPA or Crispy Boi’s and drink the classics, they need to know about the beers of the Northeast, Seattle, Portland, Chicago, and Colorado too. Don’t even get me started on Germany and Belgium.

I understand why people are drawn to current highly hyped beers; they are useful for those who like juicy flavors but have decided that they don’t want to make a commitment to learning about it. It’s easier to hop on the hype train than to take the time to study a beer style and learn about the gentle nuances that separate it from the crowd.

Beer reviews don’t have to be complicated. It’s not that the effort to convey the experience is wrong, it’s the form it takes; the use of absurdly specific aromas and flavors presented with atrocious grammar. It feeds the misconception that through a two-minute tasting experience, boiled down to a tasting note you can sum up a beer. Great beer is mysterious. It evolves. It is different one day to the next, one meal to the next, one hour to the next. It resists the efforts of humans to nail it down or control it. I prefer to capture a beer’s more general characteristics, the texture or whether it is fruity or herbal, rather than break it down to absurd lengths.

This comes back to the notion of ego and human control in beer. Our culture imposes on beer experts a degree of precision that is both silly and absurd. I enjoy pointing out how it is a rite of passage for beer writers to tell stories about an experience where they were handed a beer at a dinner party and asked to identify it blind, always very nervous of course they nail it. I believe people can do that, but they don’t as often as they do and moreover it doesn’t mean anything. Uncertainty means that you can say, “I don’t have to tell you precisely what you should taste in this beer or even how you should feel about it. There is something more ambiguous about this beer and I can’t really grasp it and I am okay with that.” I see this conflict not only in attempts to describe beer, but also in attempts to make it. The sort of beers that I love are made by people who subscribe to the mystery of beer and are willing to cede control and accept what a new hop or malt combination brings. Of course, they want to make the best impression of every creation, but it’s a different product than what you get from someone who says, “This is how my beer is supposed to taste consistently no matter what I have to do, because it is what my customers expect.”

If you go to a beer class you are not taught how to enjoy beer, you are taught how to taste it. What is the purpose of that? The people who have to taste beer are generally professionals—beer buyers for a store or a restaurant who are confronted with dozens if not hundreds of beers they need to choose for their list. But that’s not the way people drink beer and that’s not the way for people to judge it. It goes back to how beer changes and evolves and interacts with a meal and the surroundings and the context in which you are drinking it. If you just taste beer, then you have bought into the idea that that is sufficient and that the purpose of beer is to write down some flavors and aromas and check off the mark in your wine notebook. Drinking beer is something completely different.

If you walk down the street and in the storefront is a picture of a woman in a low-cut dress with a bottle of vodka it’s probably not a great beer shop, their emphasis is on uninteresting spirits. Beyond that, beer shops that post nationally distributed shelf talkers with comments by a critic and a score always put me off. It’s a complete abdication of the fun and responsibility of having a shop. I love shelf talkers that are personally written by the staff. It’s the sign of a place where people are passionate enough about beer to take the time to offer their own opinions rather than pass along received ones. Holiday Wine Cellar in Escondido is an excellent example.

San Diego and Orange County are experiencing a golden age of beer shops. It’s an outrageously good time for not just the big ones, but for small local neighborhood shops. The best are Bine & Vine and the Bottlecraft stores in San Diego proper. The original beer shop in Orange County is Hollingshead’s Deli and they’ve been doing it for over thirty years. Locally, On the Mark and University Village Food Mart do a good job, but have a long way to go to be considered world class. Then there are built for the Internet businesses like Tavour.com; based in Tukwila, WA who travels the country and offers generally obscure beer not distributed outside a brewer’s state of residence. It’s a way of giving people who live in underserved areas access to wines they might never have seen otherwise.

Being at ease with beer is what allows you to explore and determine your own tastes and opinions, to think for yourself and eventually achieve beer independence. Once you are at ease with beer, you’ve eliminated many of the psychological obstacles that prevent people from enjoying its pleasures.

(When Ed Heethuis isn’t brewing at Spotlight 29 Casino for 29 Brews, you will find the Certified Cicerone® / Brewmaster out on his road bike, training for the next Olympic horseshoe competition, or talking beer with the patrons at Taproom 29. He may be reached at: heethuis.ed@gmail.com or wherever beer may be found in the wild.)