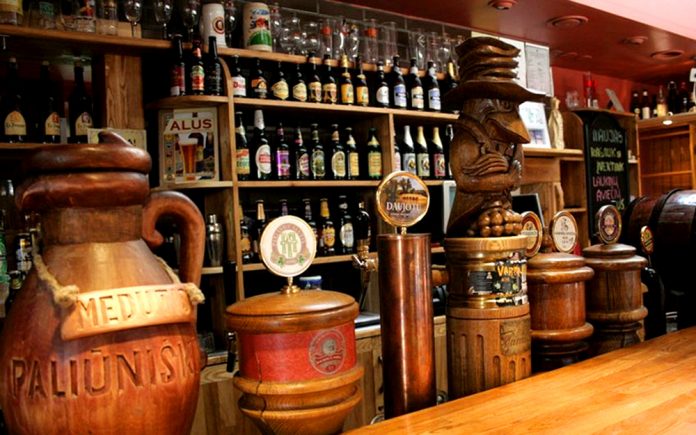 The beer world is rife with tradition and its remnants are everywhere. From the label of a Budweiser bottle to Belgian glassware and the enjoyment of beer itself, nothing on the shelves of your local market is more steeped in storied tradition.

This month used to be known in the craft beer business as “Flagship February”. It was a way of celebrating the beers that built breweries and included such icons as Sierra Nevada Pale Ale, Bell’s Brewing Amber, Samuel Adams Boston Lager, and Anchor Steam. Flagship February has quietly slipped below the surface; another nod to the rapidly changing face of the beer scene.

There is a skirmish afoot between brewers; some of whom continue to turn out examples of timeless classics of styles like Pilsner, IPA, Pale Ale, and Stout while others have eschewed tradition in favor of experimental Double Hazy IPA’s along with Stout varieties referred to as ‘Milkshake’ or ‘Pastry’. There are a few breweries who manage to do both well, but are few and far between in my opinion.

As cherished as traditions may be, I do understand that they can smother creativity and justify stagnation. It’s not whether tradition is fundamentally good or bad, but how to celebrate tradition and allow it to speak while preventing it from becoming a bully or a tool of lazy thinking. To think properly about tradition in beer means embracing two opposing thoughts.

Every beer, be it a timeless classic or cutting-edge experimental, communicates a change in the beery landscape. It is here where the road forks, seemingly asking the brewer which path he or she should take. One doesn’t choose the path irresponsibly; such decisions are mostly born of necessity. I’m a big believer of malt and hops as the backbone of flavor profile, but that view is undoubtedly influenced by age and upbringing.

Because beer is a familiar, comforting product, its past is always present to me. That historical context gets poured into the brew right along with the malt and the hops. Tradition has the intoxicating perfume of nostalgia, pinging my deep longing for things that are grounded, legitimate, and authentic. 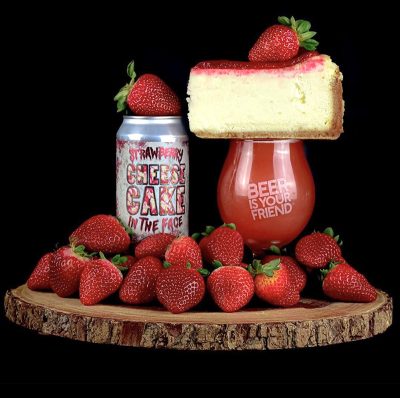 But there are a new crop of brewers leading the charge of extreme change in the industry. History and traditional styles are being shunned for creations such as “Strawberry Cheesecake in the Face” and “Fruity Nuggets X2”. It’s not even a blurring of the lines stylistically, it’s a systematic wipeout of what beer ever really was. Truth be told, I could understand and possibly accept these one-off variations…if they were actually one-off productions. The reality is that there are hundreds of brewers who are existing on nothing but heavily flavored beer variants that have little or nothing to do with the real world. In a nutshell, they are merely heavily fruited sugar-bombs with a side of shock and awe. 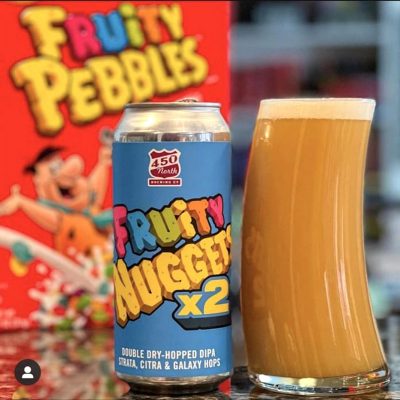 These Howard Stern turned brewer types are relying on additives ranging from Swedish Fish to Gummy Bears with copious amounts of additional lactose sugar added to diabetic proportions. They have no qualms adding peanut butter cups or Oreo’s prior to cranking the glucose meter to eleven. While it seems like a wee bit of harmless fun to the casual observer, I can’t help but think that a dangerous precedent is being set.

Many of these newfangled products are being canned and sent to the shelves of local and far-flung stores. When said cans are put on a warm shelf instead of inside the cooler, the results have proved to be disastrous as exploding and ruptured cans of pastry stouts became the butt of many jokes within the industry.

As I see it, the real disaster is to the traditional base of styles to which new consumers are not being exposed. This isn’t a knee-jerk boomer reaction to change; this is an all-out broadcast to brewers to continually educate their customer base. Make sugar bombs to your hearts content, but also feature beer flavored beer in an effort to enlighten your current flock to what beer should be.

(When Ed Heethuis isn’t brewing at Spotlight 29 Casino for 29 Brews, you will find the Certified Cicerone / Brewmaster chasing dogs out on his road bike, looking for new beery locations in the Coachella Valley, or talking beer with the patrons at Taproom 29. He may be reached at: heethuis.ed@gmail.com or wherever beer may be found in the wild.)