THE AFFAIR: THE FINAL SEASON & THE COMPLETE SERIES 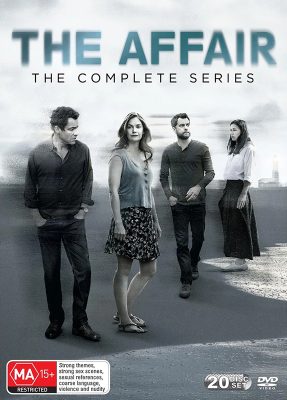 SHOWTIME drama is now available on DVD.  Fans can watch the unforgettable conclusion with this four- disc collection, which includes an exclusive special feature, Where does it end?

To commemorate the GG-winning series, THE AFFAIR: THE COMPLETES SERIES is newly available now in a 19-disc DVD collection.  The set highlight all five seasons, 53 episodes and special features, including featurettes, character profiles, behind-the-scenes content and more.

Joining the cast of THE AFFAIR: THE FINAL SEASON is Oscar© winner Anna Paquin.  Chronicling the aftermath of last season’s horrific events, the characters come to terms with the consequences of their choices – as they make the realization that if, if they really want to change their futures, they must first face the past.  Helen (Tierney) begins the season involved in an intoxicating new affair with charismatic movie star Sasha Mann (Claes Bang), who offers to give her everything she’s been missing.

Meanwhile, Noah (West) has to swallow his pride and jealousy and step in to take care of his family in her absence, just when things seem to have stabilized, a chance encounter with someone from the distant past sets in motion a sequence of events that brings them both to their knees.  Alison (Ruth Wilson) and Cole’s (Joshua Jackson) now adult daughter, Joanie (Paquin), returns some years in the future to piece together the truth about what happened to her mother.  Guest stars include Jennifer Jason Leigh and Lyriq Bent, with Russell Hornsby returning.

If you haven’t seen the show, I suggest watching THE AFFAIR: THE FINAL SEASON first (it’s a stand alone 4-disc set), and then go back to the beginning to see how all the pieces fall into place.  This non-linear approach to the story can be surprisingly compelling.  SHOWTIME, PARAMOUNT, CBS-DVD. 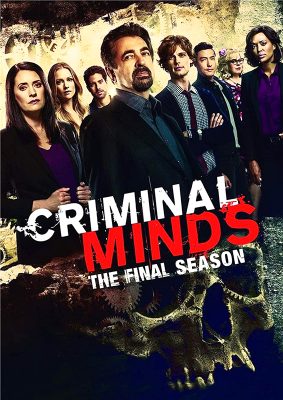 The CBS crime drama returns for a final collection of pulse-pounding investigations in this 3-disc DVD set featuring all 10 episodes of the last season of the long-running series, the collection also contains exclusive content including an emotional final table read of the series finale, alongside additional behind-the-scenes featurettes and deleted scenes.

Led by the Behavioral Nalaysis Unit’s (BAU) most experienced agent and founding member Special Agent David Rossi (Joe Montegna), the team embarks on an epic manhunt for “The Chameleon,” a serial killer that escaped and nearly killed David.

The Final Season is a stand-alone title.  The awesome Complete Series is an 85-disc set that features all 324 episodes with over 17 hours of bonus content. 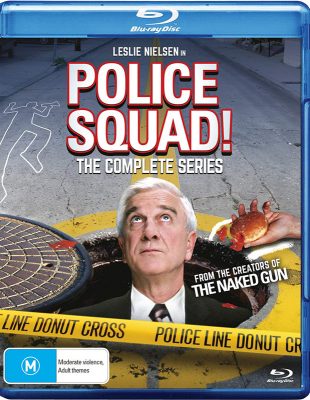 From the creators of the movie Airplane! Comes the original 1982 satirical sitcom on Blu-ray in full color and widescreen high definition for the first time ever.  The BD collection features all six crazy-funny episodes, starring Leslie Nielson, Alan North and Ed Williams (The Naked Gun).

In answer to the question posed in the header, yes, these three home video collections are worthy of your time.  Big drama with a side of laughs.