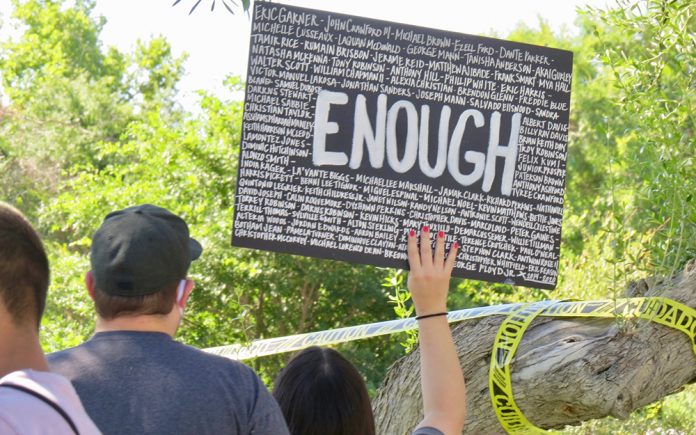 A string of protests in the Coachella Valley continued this week to raise awareness against police brutality. Cities like Palm Desert, La Quinta, Rancho Mirage, Cathedral City, Indio, and Palm Springs have held demonstrations to bring attention to the pressing concerns for reform sweeping the nation. 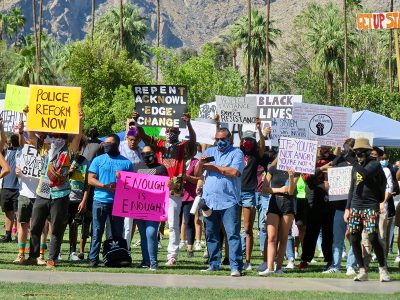 The one of the largest demonstrations was held on Saturday, June 6, at Ruth Hardy Park in Palm Springs from 9 a.m. to 11 a.m. The “Enough Is Enough” peaceful protest was organized by a group of eight teenagers who refer to themselves online as the “Young Justice Advocates”.

“This protest is not to degrade police officers or call out any race. We are here for unity and equality for our country,” expressed one of the Young Justice Advocates during the event.

The protest was originally scheduled to be held on Palm Canyon Drive, but the location was changed to Ruth Hardy Park to safely accommodate a large amount of people. Nearly two thousand people were in attendance to support Black Lives Matter, with 100 people showing up  15 minutes prior to the protest even starting and gradually increasing through the duration of the protest. 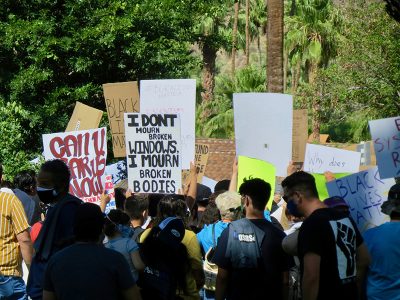 “We are grateful we have our community’s support behind this very important event. Let us stand in unity as we protest for the injustices that have happened throughout our nation,” encouraged the Young Justice Advocates group. 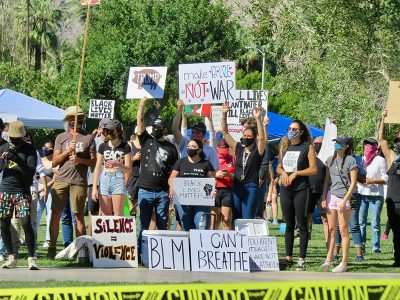 Another protest was held following “Enough Is Enough” by the Coachella Workers’ Coalition at Ruth Hardy Park on June 8, from 5 p.m. to 9 p.m. The demonstration started at the park and later marched through the Downtown Palm Springs strip before returning to the original meeting place. 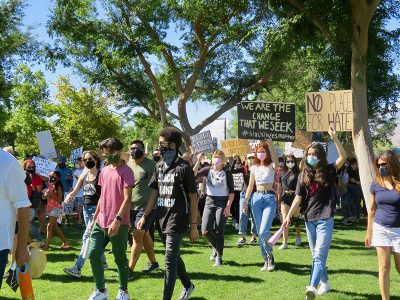 According to the Coachella Workers’ Coalition’s Instagram, the march was in representation for “racial and economic justice,” and how racial injustice is seen in low-wage labor, poverty, education, and policing.

As the country continues to protest for Black Lives Matter and point towards the direction of societal change, the Coachella Valley community strives to uphold peaceful protests that will promote a better future. For more information on these local activist groups, visit their Instagram pages: @youngjusticeadvocates and @coachellaworkers_coalition.