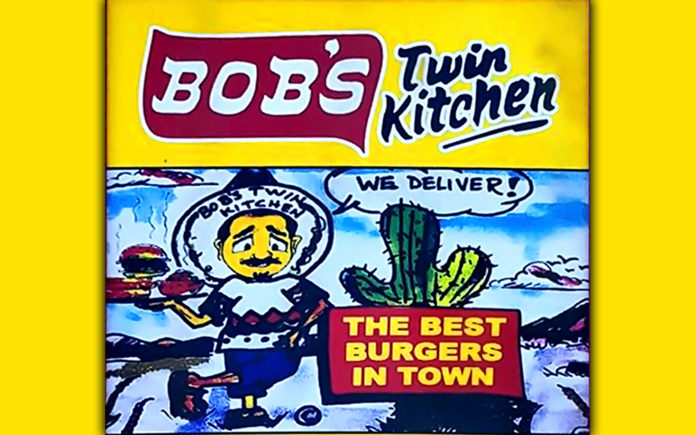 This funky joint off Jackson in Indio has been providing hearty menu items to their seriously satisfied customers for almost 40 years. If you’ve driven by the Indio DMV, you might have seen the red roofed spot not far from it, which cranks out some awesome food. 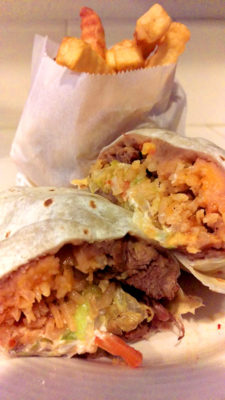 The restaurant was started back in 1978 by Bob Kiel, in a different location, across the street from what is now the Larson Justice Center. But shortly thereafter, Bob moved his restaurant to its current home on Jackson. Current owners Francisco and Javier Jauregui, were there with Kiel from almost the beginning, working in the kitchen as teenagers. The brothers eventually bought the restaurant from Kiel in 1994 when he retired, adding some of their own Mexican style specialties to the already popular menu.

When I asked Francisco why Bob added twin kitchen to the name of the restaurant, he explained that Bob had a twin…makes sense. The Jauregui brothers have continued the restaurants great success with homemade recipes, since they took it over 23 years ago. There is a clear sense of loyalty to the spot from their customers, “Kids that I used to go to school with that would come here, are now bringing their kids and grandchildren here…3 generations,” said Francisco.

When you bite into one of their items at Bob’s, you will no doubt understand part of what nourishes that loyalty. Open for breakfast, lunch and dinner, there are many items on the menu to choose from. Breakfast offers up classic pancakes, omelets, Chorizo an Eggs, Huevos Rancheros and robust Breakfast Burritos. For lunch and dinner, selections abound. Appetizers are offered including Nachos, Avocado Fries, Quesadilla’s, Asada Fries, and one of their most popular items, their Taquitos Deluxe topped with a creamy avocado sauce, lettuce and cheese. Other items cross over from lunch to dinner, such as their burgers (Bob’s Healy Burger seems to be a thing), sandwiches, salads, and an array of combo’s. They also have a weekend special of Menudo on Saturdays and Sundays.

On my trip to Bob’s, I went for the burrito combo that I’ve had there many times before. Their Bob’s Big Burrito Combo, with your choice of Asada Carnitas, Chicken, or succulent Shredded Beef, onion, cheese, lettuce, tomato, sauce, sour cream, beans and rice, is incredible! It comes with a generous amount of fries and a 32 oz. drink for only $9.89. It is a bountiful deal! 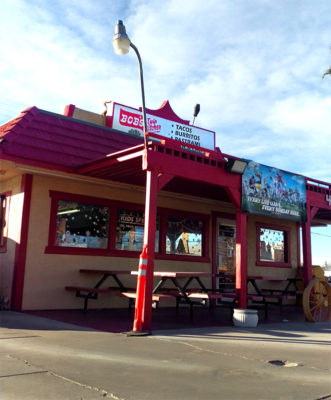 With Bob’s menu, you really have to read it carefully, as not to miss any of the goodies that they have on it. Like their Extra’s category with Chile Rellenos, Bacon side, and Enchiladas, among other items. They also are the place to go for over the top deliciously creamy shakes. Their Date and Banana flavors rank high on the tasty scale, made with real vanilla ice cream.

The restaurant’s menu is moderately priced, has cozy indoor and outdoor seating, a drive thru and even delivers to Indio and select parts of La Quinta and Coachella.

Bob’s Twin Kitchen is one of the valleys longest standing restaurants, giving our desert community comfort food goodness, with a friendly neighborhood feel.