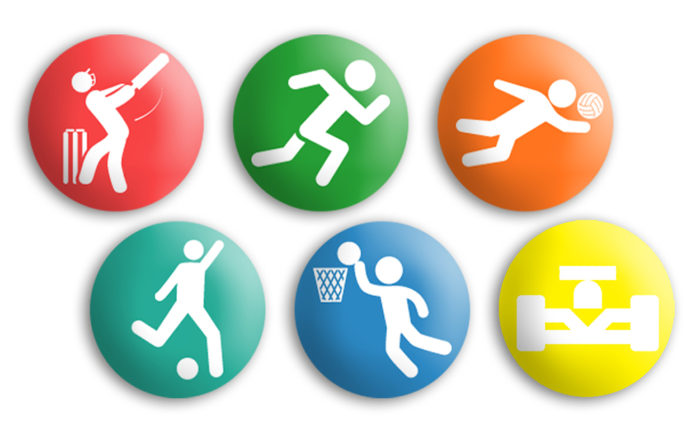 In the United States, our most popular sports are football, baseball, basketball, golf and tennis. Thinking beyond our often xenophobic shores, which sports are the most popular globally?

TotalSportEK tried to determine the most popular sports in the world using thirteen criteria such as global base, television viewership, average player salary, and team revenues.

Coming in tenth was Ice Hockey due to its global reach across the Northern Hemisphere. The National Hockey League ranks fifth in revenues amongst all sporting leagues but has not had great success in warmer climate regions.

Globally popular, boxing came in ninth and is the only combat sport to make the top ten. Upstart MMA comes in a respectable 14th. During the Olympics, boxing consistently ranks amongst the most popular events for ticket sales and television viewership.

Golf came in eighth just behind Formula 1 car racing. Golf’s challenge to becoming more popular is that a great percentage of the world’s population does not have the economic means to play in the sport causing viewership to lag other sporting options. Meanwhile, Formula 1 has 550 million people watch at least part of their racing season while generating approximately $2 billion a year in revenues.

Sixth place went to Rugby due to its strong following in all English speaking nations except for the United States. Their World Cup ranks behind only the FIFA World Cup in terms of ticket sales and viewership.

Track and Field comes in fifth as the people of most countries around the world can participate. Television viewership swells every four years when the Summer Olympics command huge global viewership levels. While few professionals get rich from this sport, this sport reaches all corners of the globe.

Tennis ranked fourth. The global popularity of tennis is proven in that 45 countries have players ranked in the top 100 male or female players in the world. When it comes to revenues, top players like Roger Federer and Serena Williams, rank amongst the wealthiest of all athletes. Additionally, nearly one billion people around the world follow the sport.

In a bit of a surprise, Cricket comes in third. That’s right, cricket. The rules include hitting a ball and tapping stationary sticks with some matches lasting many days; the length of some matches make baseball seem like a sport for people with ADHD.

Cricket commands 2 billion fans with fanatical followings in India and Pakistan. The Cricket championship ranks behind only the FIFA World Cup for Soccer and the Rugby World Cup in terms of television viewership.

Second place goes to Basketball with professional leagues in the United States, China, Turkey, Italy and dozens of other countries. This sport generates nearly $5 billion in revenues from the United States alone with some of their top players like LeBron James earning more than $50 million annually once endorsement deals are considered.

The most popular sport in the world goes to Football aka Soccer in a runaway victory. Nearly 4 billion people tuned in for the World Cup in 2014 with more than 700 million watching the final match. More than 50 countries have professional leagues while the English Premier League alone earned $5 billion last year. Thirty of the fifty most valuable franchises in all of sports are soccer teams. Only American Football and Baseball had higher revenues.

American Football ranks at the top in terms of team revenues but has very little popularity outside of the United States resulting in a 13th place finish. Similarly, baseball (12th place) has great revenues but struggles to gain footing outside of the United States, Japan and Central America. Due to greater global reach, volleyball came in ahead of both sports with an 11th place finish.

Haddon Libby is an Investment Advisor, Fiduciary and Managing Partner of Winslow Drake Investment Management and can be reached at 760.449.6349 or HLibby@WinslowDrake.com.