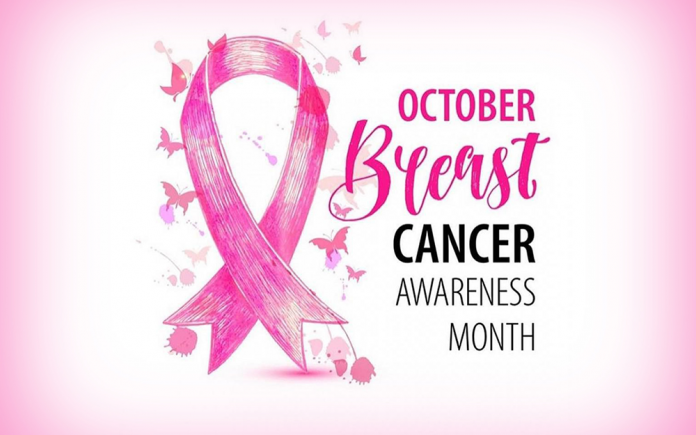 October is breast cancer awareness month. According to the American Cancer Society, when breast cancer (BC) is detected early and is in the localized stage, the 5-year relative survival rate is 99%. Early detection includes doing monthly breast self-exams and scheduling regular clinical breast exams and mammograms. Five to ten percent of BC cases in the US are related to an inherited gene mutation, most cases are linked to other factors – including lifestyle.

Treatments include surgery, chemotherapy, and radiation (cut/kill/burn) which unfortunately kills normal cells and causes multiple side effects. Cannabis is not only used for the relief of symptoms, but women are embarking on their own intuition and seeking holistic treatments. Cannabis, medical mushrooms, and high doses of Vitamin C are just a few, and embracing Susan Komen’s suggestions for healthy life choices that may prevent BC.

Limit alcohol intake to less than 1 drink a day and men to less than 2 drinks a day. One study found women who had 2-3 alcoholic drinks per day had a 20 percent higher risk of breast cancer than women who don’t drink. Women with high blood levels of carotenoids have a decreased risk of BC. In general, fruits and vegetables are the best sources of carotenoids (rather than supplements) as supplements may have some health risks.

A study of nearly 320,000 European women pointed to a slight correlation between BC incidence and a high intake of saturated fat. Trans fats, frequently found in baked snacks and other processed foods, may also raise BC risk. Being overweight or obese after menopause increases a woman’s BC risk by 30-60 percent. That’s because fat cells make estrogen after menopause.

Tobacco smoke has at least 250 harmful chemicals, at least 69 of which have been shown to cause cancer. There’s growing evidence that smoking may slightly increase BC risk. Hormone replacement therapy (HRT) can be a risk. Talk to your gynecologist about taking natural HRT compounded by a pharmacist that does not include progestin which can increase the risk of BC.

The ability of plant-derived and synthetic cannabinoids to control cancer cell growth, invasion, and death have been demonstrated in numerous experimental studies using cancer cell lines and genetically engineered mouse models.  THC (Δ9-tetrahydrocannabinol) promotes death in a CB-receptor-dependent manner, while Cannabidiol (CBD) exerts this effect independently of CB1/CB2 receptors and possibly includes the activation of the TRPV2 receptor.

High-dose CBD rather than high-dose THC is found to induce BC cell death. Dosages are based on weight and can be 200-400mg of CBD/day with minimal THC only for the synergistic effect. Other protocols showing results are a 1:1 ratio of CBD:THC. Women with BC can be resistant to the use of estrogen receptor modulators, like tamoxifen, which bind to CB receptors and decelerate the ability of cells to divide and grow and metastasize. However, issues lie in the fact that women need to take them chronically between five to 10 years and there are quite severe side effects of these drugs.

Dr. Meiri, cancer and cannabis researcher from Israel, exclaims that “more than 30% of women will stop [treatment] after one year, more than 50% will stop after three years; so, they are not finishing the treatment which causes a problem that cancer will come back.” Dr. Meiri discovered “new phytocannabinoids”, not a known one, that is actually blocking the estrogen receptor from entering the nucleus, making the BC cells more sensitive to cancer-killing drugs. This can lead to lowering the dose of tamoxifen when cannabis is included.

Another newly discovered cannabinoid suggests that cannabitriol (CBT) could have better inhibitory activity than tamoxifen. In conclusion is cannabis beneficial or harmful to consume in women with BC? Cannabis harm is minuscule compared to other treatments for BC. Women are not waiting for research to catch up to observational awareness by cannabis users. Women know cannabis helps kill cancer cells.

Learn more about how to use Marijuana Without the High on the 2nd and 4th Thursday of the Month from 11 AM to 1 PM at the Vault Dispensary Lounge. Call 760-866-9660 or send comments to cannaangel16@gmail.com