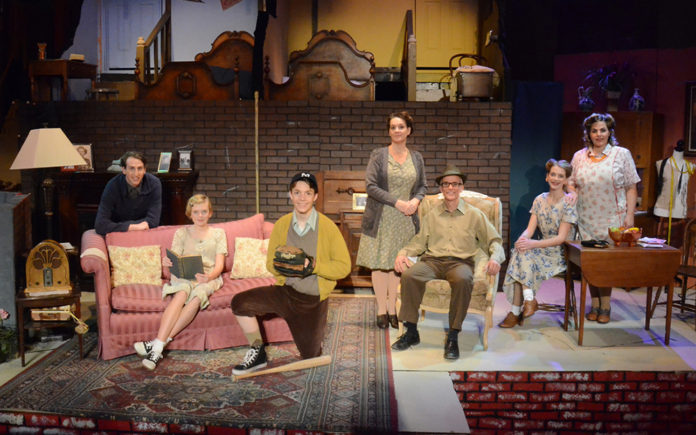 Perhaps the sexual awakenings of horny teens are of interest and amusement to some.  Unfortunately I am not one who gets a kick out of watching a 15 year old drop his napkin a dozen times so that he can look up his 16 year old cousin’s skirt. “Brighton Beach Memoirs,” the first installment of Neil Simon’s  semi-autobiographical ‘Eugene’ trilolgy, (The following two plays in the trilogy are Biloxi Blues and Broadway Bound,) had its first pre-Broadway production at the Ahmanson in Los Angeles.  Not a bad start for a new play.  It opened on Broadway in 1983 and went on to win several Tony’s. 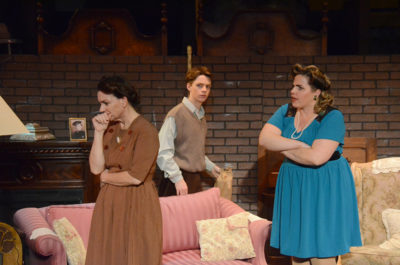 Brighton Beach, currently in production at Desert Theatreworks, is narrated by 15 year old Eugene, performed wonderfully by Angus Feath.  It’s the story of his teen years in Queens, New York during the Great Depression, right before the onset of WWII.  Eugene’s family; mother Kate, (the very talented Daniela Ryan,) dad Jack (Stephen Blackwell,) and brother Stanley, (Lee Padick) had in recent years made room in their small brownstone, for his mother’s sister, Blanche, performed by one of the Desert’s standout talents, Leanna Rodgers. Blanche and her two daughters, Nora (Bella Oden,) and Laurie (Cameron Trubee,) became destitute after the death of her husband and doing what close knit families do, they made room for one another.  The family is struggling to keep a roof over their heads as most in the country were at that time. 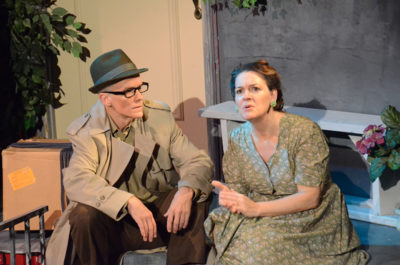 I did appreciate some of the deeper elements of the story, the relationship between Kate and Blanche was honest and real in their attempt to maintain their closeness while coming to terms with long buried grudges.  Kate’s distrust of the Irish in their neighborhood reveling the not so subtle prejudices and Jack’s open concern about the approaching war in Europe and how it would impact their Jewish family. 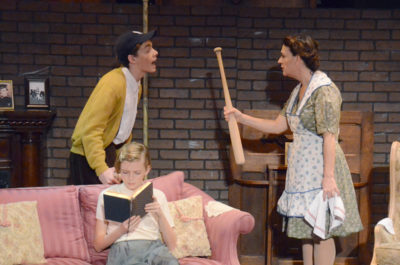 Neil Simon, is a highly regarded playwright and so each time I see one of his plays I go with the hope that maybe this one I’ll like better than the last.  But instead, I usually find his work to be dated and sexist.  The saving grace for this production is the talented cast, Lance Phillip-Martinez’s wonderful set and Rebecca Havely’s direction, which kept the action and the story moving forward and as engaging as this script could be.

Brighten Beach Memoirs is appropriate for family members of all ages and can be seen through January 27th, at The Indio Performing Arts Center, located at 45175 Fargo Street, Indio, CA.