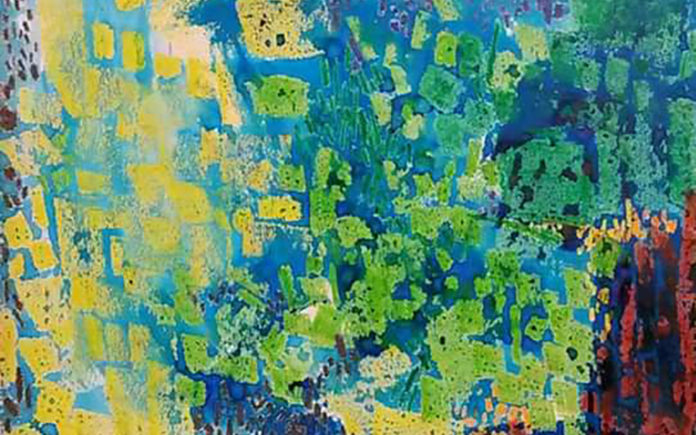 Abstract Expressionism sprang from the surrealism movement and became the poster child of the post-World War II art world.  The movement is perceived as spontaneous, anti- realism, radical – an outgrowth of the world wars and the Great Depression. Artists often associated with the movement include painters Willem de Kooning, Jackson Pollack, Lee Krasner and Hans Hoffman; sculptors such as Theodore Rozak and Louise Nevelson; and dance pioneer Martha Graham.  Within that group is Lynne Mapp Drexler. 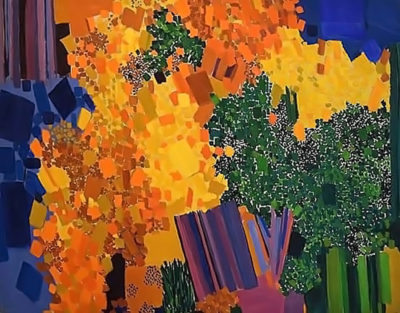 Although Drexler was shown in several major galleries and her work was widely collected, her name is not one that is readily associated with the abstract expressionist movement.  Like her contemporary female artists, their work as abstract expressionists, was often sidelined and overshadowed by the almost obsessive cult surrounding the male artists of the movement.  The mystic of these male artists is the result of the cosmopolitan and often hedonistic lifestyle that was romanticized by the art press, the gossip columns and the galleries representing their works.

Today a renewed interest is taking hold in Drexler’s work. Her work is being showcase by John Kenneth Alexander at the Ferguson Gallery in Palm Desert.

Lynne Mapp Drexler (1928-1999) studied with Robert Motherwell and Hans Hoffman, both of whom fueled her interest in the abstract expressionism movement.  At this time she was living in New York City, the post WWII epicenter of the art world. The art world was undergoing significant changes – artist-run galleries whose focus was on “art vs. commerce” were replacing patronage.   The image of an artist was also being challenged – no longer a figure hidden in an atelier, the artist took on movie star Page Six status. 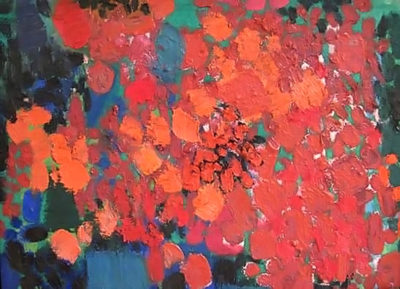 In 1963, under this backdrop, Drexler and her husband, painter John Hultberg, began spending time on Monhegan Island in Maine. In part it was an escape from the politics of the New York art scene. By the early 1970’s Drexler was a fulltime resident of the island. Her work also began to change as she moved away from abstraction and melded her work into a hybrid of representational and abstraction.

“My involvement with Lynn Mapp Drexler is in part happenstance. I knew the people handling her estate. I had met them in Maine when I was in art school. As a painter myself, I appreciate her abilities as one of the best colorists ever. She has a unique ability to arrange discordant colors in a harmonious pattern,” said John Kenneth Alexander. “Her legacy WAS a footnote in art history as a painter who abandoned New York for a simpler life on a remote island off the coast of Maine and living as somewhat of a hermit. But there is more – her story is of as an exemplary artist and a strong and resourceful person. It is just now being told.”

John continued, “Drexler is not a household name for several reasons. Firstly she was a woman, and we have seen the bias of that. Secondly she is a second generation abstract expressionist. Her career began in the late 50’s. By the mid 60’s abstract expression was winding down as a movement.”

“Thirdly her work,” continued John,  “is not what most would think of as ‘abstract expressionism’. She doesn’t fit into the usual definition of that movement.  The fields and dabs of color that she used make up a quilt-like pattern in her paintings as opposed to most abstract expressionist artists who generally used broad painterly brush work and gestural mark making to convey their expressions.” 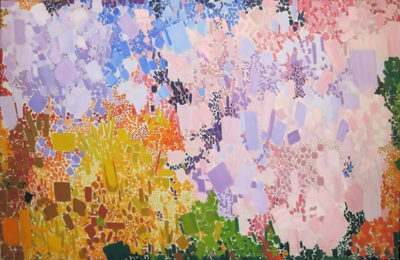 “Most acute, Drexler was not the type of person who was good at or wanted to play the political game of the art world in 50s and 60s New York scene. She is quoted as saying ‘I was not on the political fast track. I cannot make friends for gain.’”

“I am pleased to be able to present her work in the Coachella Valley. Ferguson’s Frame & Gallery will be hosting an exhibition of Lynne Mapp Drexler’s small works from the 50s and 60s. The reception is Friday, February 1st from 5-7 pm.”

“In the end Lynne did it her way,” noted John.