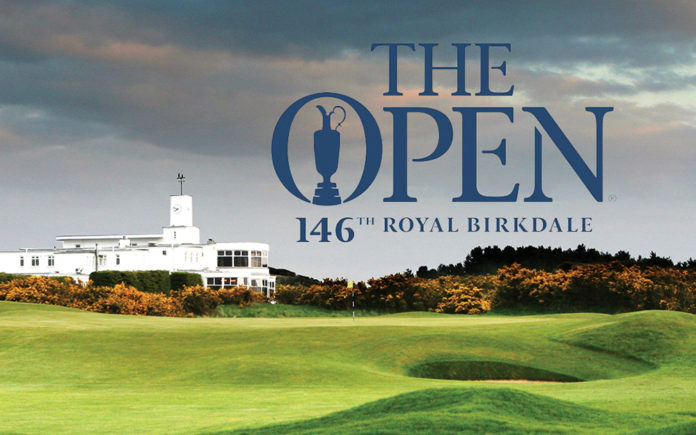 This week golf fans get to enjoy a highly competitive atmosphere at Royal Birkdale Golf Club in Southport, U.K. All the biggest names in golf will be on hand for the 146th Open Championship and the 10th at Royal Birkdale. The first-place finisher of this year’s British Open will be handed a record $1.85 million in winnings. Judging by the British Open odds, that figures to be Dustin Johnson (+800), who narrowly leads the way over other heavy hitters like Rory McIlroy (+1000) and Jordan Spieth (+1100).

As stacked as this year’s British Open looks, this still feels like a wide-open field. Let’s first take a look at some of the other top favorites and leak into some interesting sleepers we should consider when placing bets. Here’s the main threats for first place via Bovada’s updated British Open odds:

Johnson understandably leads the way, as he’s widely regarded as the most talented golfer and enters this tourney as the #1 golfer in the world. He fell flat (92nd) at the U.S. Open, but has otherwise enjoyed a strong 2017 with two wins and 5 top-10 runs in just 10 tournaments. If he’s in top form, he’s a real threat to storm the top of this field and at +800 we’re actually getting solid value.

Spieth has been in better form, as he has two wins under his belt and won his most recent event, the Travelers Championship. Spieth disappointed at the U.S. Open and couldn’t finish at The Masters, but he’s remained competitive all year at a high level with six finishes inside the top 5.

Day has arguably been the most disappointing of these elite names, as he’s participated in double the events McIlroy has, yet he has zero wins and just two top 10 finishes. Day didn’t place at the Travelers Championship and finished 144th at the U.S. Open.

We have more viable contenders in Garcia and Fowler. Garcia actually won this year’s Masters and while that was his only finish inside even the top 10 in 2017, he’s been fairly competitive all year. Fowler has been one of the best golfers all season and one win under his belt with 6 top 5 finishes.

7 Sleepers That Could Win

As much as we do need to pay attention to these top favorites – there is also a lot of value to consider here.

How you perceive a “sleeper” in a tourney like this is up to you, but anyone below +2000 odds could qualify in an event that is this stacked. Here’s seven of our favorites that you may want to consider throwing some cash behind, whether it’s for their odds to win or place:

You could really pick out several other viable sleeper threats, as there is just an enormous entry list for the British Open and really anyone could end up winning. I like the value with Adam Scott at +2800 as a solid starting point, though. Scott wasn’t good in his last event (U.S. Open), but he was 10th at the St. Jude Classic and had nice finishes at the Players Championship (6th) and The Masters (9th). That doesn’t necessarily paint him as a winner for the 2017 British Open, but the ability to compete at a high level against elite competition makes him an interesting sleeper.

Thomas provides even more value at +3500, as he’s been amazing in 2017 with 3 wins and 6 runs inside the top 5. He’s crushed it at the U.S. Open (9th) and has three top 10 runs in his last six tourneys. He hasn’t even placed in his last two events, but that strong form could return for the British Open.

Mickelson is a threat seemingly in any tournament he enters, but we can’t ignore he’s remained competitive with 3 top-10 runs and has shown progress, finishing 29th, 22nd, and 9th in his last three events. Winning this event in 2013 is also worth noting for the seasoned veteran.

It might be more about his name than anything else, but it’s going to be tough to fade Bubba Watson at +8000. The 38-year old has an unorthodox style and hasn’t won yet in 2017, but he could be showing signs of life after posting top-6 runs in two of his last five tournaments. He’s wildly unpredictable and hasn’t had a ton of success this year, but his erratic nature is precisely what make these odds so interesting.

What all this tells us more than anything is that while this field has all the elite golfing options you could ask for, it is not strictly top-heavy.