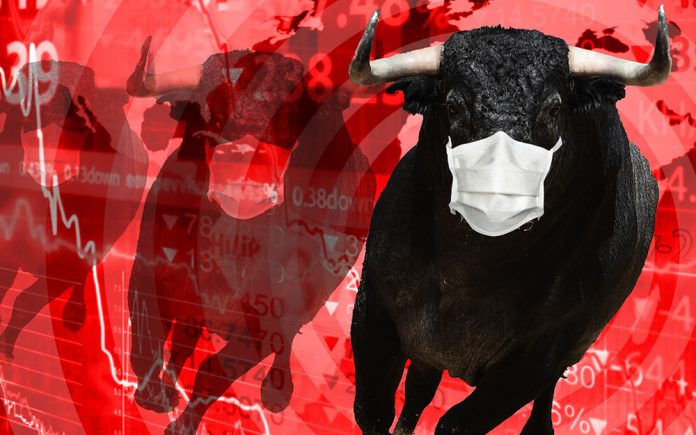 Last time that we checked, the world was at the beginning of a deep recession caused by a pandemic that killed some and left others unaffected.  It was happening during election season here in the United States helping to put politics above people with both major political parties.  If that was not enough to destabilize the global economy, China was using the pandemic as an opportunity to advance their objectives in Hong Kong and around the world.  While the United States was stuck in its myopic view of things, China was providing support and assistance to many of the smaller countries around the world.  Meanwhile, the world was more indebted than at any point in history, yet interest rates were the lowest in history.  Unemployment in the United States went from the lowest to some of the highest levels in US history.

Meanwhile, the stock market reached record highs despite a record level of bankruptcies expected and missed payments on commercial and residential real estate.

How can the market be doing so well?

The simplest explanation is due to the Federal Reserve and Congress flooding the country with nearly $10 trillion in relief with trillions more expected.  At the same time, the Federal Reserve have joined the E.U. in forcing interest rates to historically low levels.

A more complicated reasoning for stock market strength is due to emerging weakness in the US Dollar.  By issuing so much in debt, the United States is devaluing its currency.  China, the E.U. and other parts of the world are doing this as well.  As these Central Banks have also pledged to keep interest rates low for a long time, the value of assets is being distorted.

One of the most highly respected equity strategists and regular CNBC contributor, Tom Lee, feels that higher prices for equities are supported due to the ultra-low rates that investors can expect over the next number of years.  Tom Lee was one of the few strategists to forecast all-time highs in the S&P 500 at the end of March when markets were reaching their pandemic lows.

Replacing this illustration with a real world example, when the 30-year Treasury is paying 1.25%, it takes 80 years to earn back your money.  That means that $100 invested in 2020 takes until the year 2100 to double in value.  By the end of 2050, you would receive $43 in interest along with your original investment of $100.  Such a deal…for the US Government!

Before the pandemic struck, the US Dollar was declining in value by about 3% per year.  This is normal and part of the reason why a loaf of bread or gallon of gas has increased by so much over time.  As the federal government has (so far) doubled its debt load in fighting the economic impact of the pandemic, we can expect the value of the US Dollar to fall at a faster pace.  The United States is not alone with this challenge although we have been the biggest issuer of new debt during the global pandemic.

As Tom Lee postulates, an investment in a high-quality stock like Apple, Amazon or Microsoft might be a better store of value that a US Treasury.

Using Microsoft as an example, you must start with the belief that Microsoft will be around until 2050 and capable of paying its current dividend of 1% per year.

Here is where it gets tricky.  Since the US Dollar is devaluing at an estimated 5% rate, Microsoft could see the price of its products and service decline by 3.75% annually every year through 2050 and grow just enough to achieve breakeven results relative to the 30 year Treasury.  Stated differently, if Microsoft grew at a 1.25% rate per year through 2050, it would pay out the same amount as a Treasury.

Confused?  In this example, Microsoft’s minimal growth reduced the impact of the decline in the value of the underlying US dollar.

And while the economic environment in the future will most certainly change in unexpected ways that are impossible to predict today, few would have predicted that the stock market would reach record highs while the economy experienced its greatest economic shock in nearly 80 years.

The way we look at the risk of different investments is changing quickly due to actions being taken today.  While Tom Lee’s forecast may make sense today, given the massive stress that the global economy is under due to the pandemic, even one of the best strategists like Tom Lee will continue to adjust his forecasts as new information and conditions dictate.  To the novice investor, caveat emptor as these are extraordinary times.