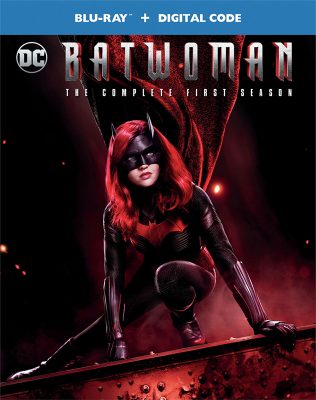 Kate Kane never planned to be Gotham’s new vigilante.  After Batman disappeared, Gotham was in despair… until she returned.  Armed with a passion for justice and a flair for speaking her mind, she soars through the shadowed streets of Gotham as Batwoman.  But don’t call her a hero yet.  In a city desperate for a savior, she must first overcome her own demons before donning cape and cowl to continue the legacy of her missing cousin Bruce Wayne and becoming Gotham’s new symbol of hope.

In only it’s first season on the air, Batwoman quickly established itself as the #1 new show on The CV.

The Blu-ray includes a limited-edition bonus disc with all five episodes of the DC Crossover Event ‘Crisis on Infinite Earths and 6 crossover bonus features (in addition to the 20 one-hour episodes of the first season).  Warner Bros. Home Ent.

OLD BUT NEW ON BLU

THE SIN OF NORA MORAN 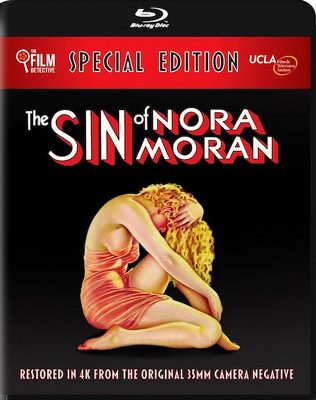 Zita Johann stars as a young woman sentenced to death for a murder she did not commit.  Awaiting her sentence, Nora explores the patterns of her life in a dream-like haze, including the dark secret that could change not only her own fate, but also the fate of those she holds most dear.

Directed by Phil Goldstone, the film masterfully utilizes flashbacks, dreams and hallucinations to tell the tale of fateful doom, true to the thematic style of the Pre-Code era.

As star of stage and screen, Johann was fresh from performances in Boris Karloff’s The Mummy (1932) and Edward G. Robinson’s Tiger Shark (1932) before delivering her haunting performance as Nora. 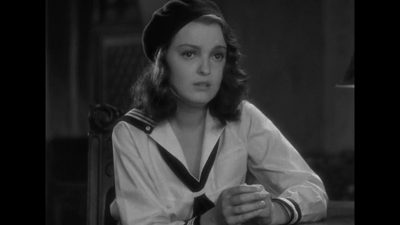 Bonus Features: Narrated by film historian Samuel M. Sherman, an original documentary in which Johann’s illustrious career takes center stage from Daniel Griffiths at Ballyhoo Motion Pictures; the Blu-ray includes English subtitles and an exclusive collector’s booklet with commentary on the production and the initial audience’s response to the film.

The original poster art by Alberto Vargas is considered among the most iconic in cinema history.

To promote the home theater release, The Film Detective has included a gold certificate in one of the limited edition Blu-rays (only 1500 units).  The winning ticket holder will receive a framed 27” x 41”, hand-pulled lithograph of the film’s original poster art printed on Coventry 100% cotton archival paper with the finest quality archival ink using a rare German Dufa printing press.  The poster comes with a certificate of authenticity.  The Film Detective.