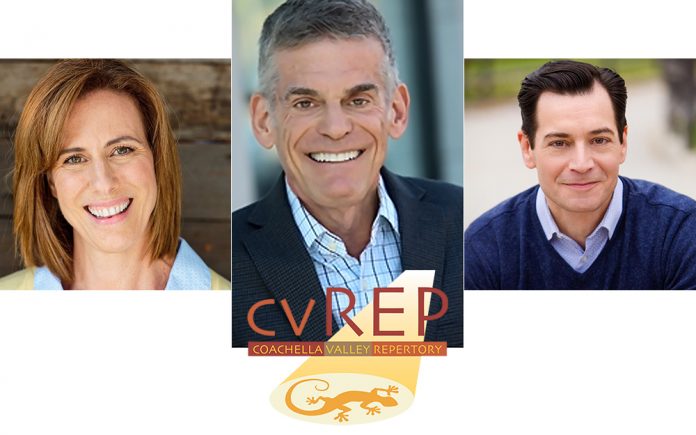 Coachella Valley Repertory’s Theatre Thursdays presents “Broadway Singalong.” Taking place on Thursday August 13, 2020 at 6 pm (Pacific), Artistic Director Ron Celona will host the evening event and introduce the audience to the night’s talented performers. Janna Cardia, Perry Ojeda and Randy Brenner will sing songs from some of the most popular Broadway musicals. Available via Zoom, this virtual performance will continue to be a showtunes singalong for the audience to watch and to perhaps sing along! Lyrics will be available on cvrep.org.

Janna Cardia is a performer known for: The Thinning (2016); Inappropriate Parents (2014); and, Crazy Ex-Girlfriend (2015). While in NYC, she participated in Regional Theatre, National Tours, an International Tour in Asia, Readings of New Musicals. Cardia produced her own Cabaret “Womb for Two” with her twin sister, which was nominated for a MAC award. Today she lives in LA continuing to pursue musical theatre as well as television, film, commercials, web-series and improv.

Perry Ojeda is a Broadway singer and actor. He relates his experience working with legendary songwriting team Betty Comden and Adolph Green, to when he performed the leading role of “Gabey”in the 1998 Broadway revival of “On The Town.” Ojeda also sings The Songs of Comden & Green, directed by CV Rep Artistic Director, Ron Celona.

Randy Brenner is an actor and director known for Blame it on Ernie (1995), LA Heat (1996) and most recent, Record Randy (2020). Brenner has played as the Sultan in Aladdin for 6 years at Disney California Adventure and Cogsworth in Beauty and the Beast for Disney Imagineering. His TV credits include: Seinfeld,Sponge Bob, Glow and much more.

Information on upcoming presentations can be found on the website, and registration links are included.  To register for any of these events, please visit  www.cvrep.org.