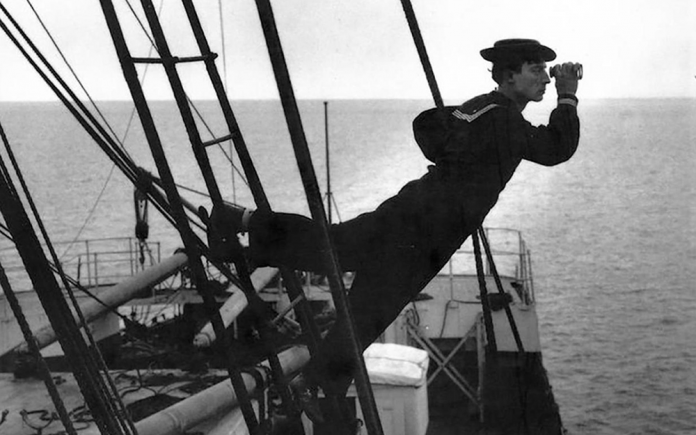 With two new engaging and detailed biographies (BUSTER KATON A Filmmaker’s Life by James Curtis 810 pages Alfred K. Knopf & CAMERA MAN Buster Keaton, The Dawn of Cinema and the Invention of the Twentieth Century by Dana Stevens availability 415 pages, Atria Books) and the recent of restored collections of his films, Buster Keaton is finding new fans for his remarkable films that showcase his prowess as a filmmaker and daring performer of death defying stunts and director/creator of innovative action sequences  that hold up today. 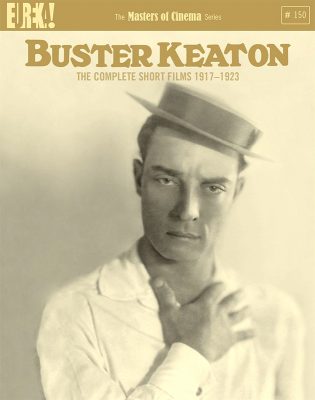 From acclaimed cultural and film historian James Curtis—a major biography, the first in more than two decades, of the legendary comedian and filmmaker who elevated physical comedy to the highest of arts and whose ingenious films remain as startling, innovative, modern—and irresistible—today as they were when they beguiled audiences almost a century ago.

It was James Agee who christened Buster Keaton “The Great Stone Face.” Keaton’s face, Agee wrote, “ranked almost with Lincoln’s as an early American archetype; it was haunting, handsome, almost beautiful, yet it was also irreducibly funny. Keaton was the only major comedian who kept sentiment almost entirely out of his work.  He brought pure physical comedy to its greatest heights.” 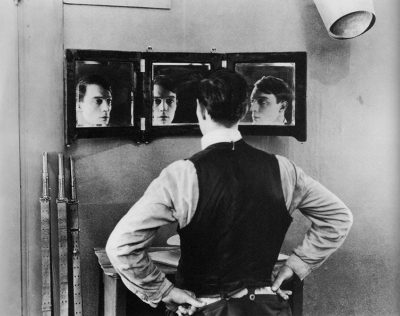 Joseph Frank Keaton (1895-1966) was born into a family of touring medicine show – “the poor man’s vaudeville” – performers.  As a baby, he fell down a flight of steps and became known as Buster.

In movies. Keaton’s universe keeps collapsing: houses crash on him, rocks chase him down hills and boats sink beneath his feet.  Fearless Buster in his pancake hat copes with havoc, hilariously.

One of the trues geniuses of American cinema and arguably the greatest of the silent clowns.  It was Life magazine’s critic James Agee who gave him the moniker “The Great Stone Face.”  Indeed, he was one-of-a-kind, the complete filmmaker, who conceived, wrote, directed. Edited, and stared in ten silent feature films and nineteen short comedies.

His masterpiece, The General continues to be praised as one of the greatest movies of all time

Many filmmakers consider Keaton the best comedy director in the business, a director’s director.  Luis Bunuel was a big fan, as were Sergei Eisenstein, Woody Allen, Leni Riefenstahl, Billy Wilder and Martin Scorsese.

Today, Keaton is primarily honored as a legendary indie filmmaker.  The full scope of his singular artistry is truly breathtaking.  He was a superb and daring athlete – his stunts were death defying.  He designed incomparable physical comedy in such films as Cops and The Navigator.

Keaton was a terrific actor whose impassive facial expression was misleading.  He didn’t need a smile in order to convey his thoughts and feelings.

What makes Keaton relevant today is that his screen personae inhabited a still center in an otherwise chaotic world.  That makes him and his movies very easy for us living in our crazy world to relate to.

I want to hear from you. What are you watching/streaming?  What classic older film do you want to se transferred to a hi-def disc?