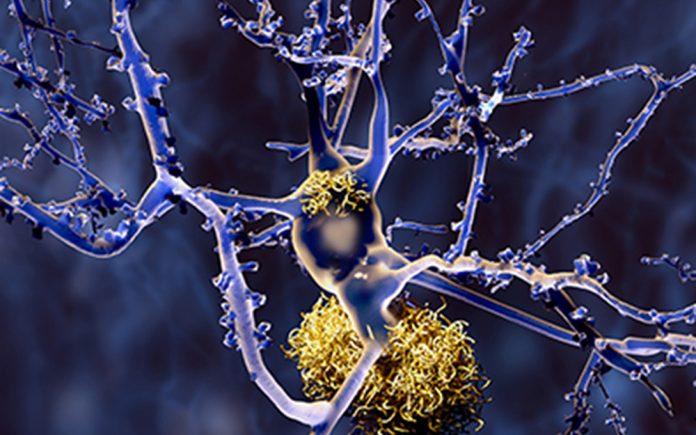 A new drug for treating Alzheimer’s disease (AD), the leading cause of dementia is a marketing flop to investors.  Alzheimer’s is an irreversible, progressive brain disorder that slowly destroys memory, thinking skills, and the ability to carry out simple tasks. While the specific causes of Alzheimer’s disease are not fully known, it is characterized by changes in the brain that result in the loss of neurons and their connections. These changes affect a person’s ability to remember and think.

None of the current pharmaceutical drugs are effective for treating the disease progression or the symptoms. New drugs that directly target amyloid, or tau proteins, that damage cells, haven’t yielded significant clinical benefits for patients. The Food and Drug Administration granted conditional approval in June, for the new drug, Aducanumab, even though an advisory panel had recommended against allowing the drug on the market. AD affects 6.2 million Americans and is expected to devastate 16 million by 2050.

Aducanumab is the first drug to address the underlying biology of the disease. According to the FDA, aducanumab reduces beta-amyloid plaques, which reasonably leads to a reduction in clinical decline due to AD disease. The Alzheimer’s Association is encouraging people who are interested in learning more about this treatment, for themselves or a loved one, to have a conversation with their health care provider.

Backlash Against the Drug by Doctors’

Dr. Marwan Sabbagh, an Alzheimer’s specialist at the Barrow Neurological Institute in Phoenix, Ariz. says the pendulum of public opinion has swayed strongly against this drug and is not reaching many patients. Reasons include its high cost, ($56,000), insurers’ reluctance to cover it, and lingering questions about whether it actually slows memory loss.

“This is not a cure,” is the message patients get from Dr. Zaldy Tan, who directs the memory and aging program at Cedars-Sinai Medical Center in Los Angeles. “The disease will continue and perhaps the best-case scenario is that someone will get a modest improvement in their cognition.” What is not in question is the fact that it can cause cerebral hemorrhage and swelling in a significant number of patients. Is this another example of the FDA being political?

Another approach to developing AD treatments would be to seek existing drugs that could potentially be repurposed. One such drug is Sildenafil, brand name Viagra a drug that Dr. Marc Siegel on Fox News explained to Tucker Carlson.

The National Institute of Aging (NIA) supported a study whose results appeared in Nature Aging on December 6, 2021, analyzing insurance claims data from more than 7 million Americans. They found that the people (mostly men) who took sildenafil were 69% less likely to develop AD over 6 years than those who did not take the drug. This association between sildenafil and AD is held after adjusting for sex, age, and other diseases and conditions. A study that includes women is yet to be conducted, if ever.

There are over one hundred ninety studies on Pub-Med related to cannabis and the treatment of dementia/Alzheimer’s/impaired cognition. Many of them do not identify the dose, or ratio of cannabinol (CBD) to 9-delta-Tetrahydrocannabinol (THC), nor any follow-up on the adjustment of the doses. In 2008 a study found that THC slows plaque overgrowth, and blocks inflammation. Further studies have verified these findings. Additional research studies have also verified that CBD is a neuroprotectant, an anti-oxidative, and prevents brain cell death. Over twenty years, nurses, and physicians skilled in cannabis as a specialty are recommending an 18:1 ratio of CBD:THC for neurodegenerative diseases.

Unlike the severe side effects of pharmaceuticals, several cannabis side effects are beneficial for dementia patients. Appetite, sleep and calm to name a few. Symptoms of anxiety, restlessness, acting-out behaviors, insomnia, and altered walking ability are relieved with proper dosing by a cannabis specialist. THC works inside the cell and CBD works outside the cell. It is important to have both THC and CBD.

Learn more about how to use Marijuana Without the High on the 2nd and 4th Thursday of the Month from 11 AM to 1 PM at the Vault Dispensary Lounge. Call 760-866-9660 or send comments to cannaangel16@gmail.com