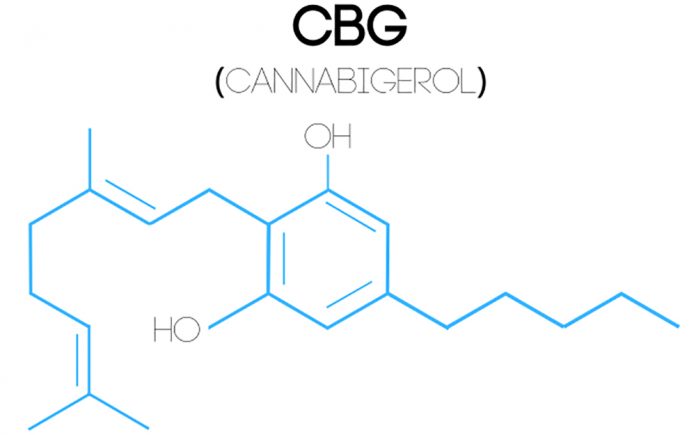 Today we are going to explore a mystical rare cannabinoid called CBG. Cannabigerol is a cannabinoid that is presented in very low levels, usually less than 1%, in strains. Although considered a minor cannabinoid, it is a precursor to three main cannabinoid lines: THCA, CBDA, and CBCA. When exposed to ultraviolet light or heat CBGA becomes CBD or THC. CBG can be found in very few strains that can yield a higher amount of the cannabinoid. Although very rare and low in its availability, the endocannabinoid system needs CBG. This cannabinoid interacts with receptors found in the eye and occipital region. Because of this, CBG can be effective in treating glaucoma by relieving pressure. This cannabinoid is effective in dilating the vascular system and is very capable of protecting the brain. Other benefits of CBG are decreasing the inflammation of IBS, negating nerve cell degeneration in the brain of mice with Huntington’s disease, slowing the growth of cancer cells specifically in the colon, and being an extremely effective antibacterial agent.

In the 1950s, topicals were found to be effective in treating skin infections by being an antibacterial agent. According to a recent study found that CBG cured mice of MRSA infections as effectively as the pharmaceutical vancomycin, which is slowly finding its way to losing its defense against drug-resistant microbes. With the rise of antibiotic resistance becoming a major threat to public health, researching cannabis compounds such as CBG is so crucial to avoid apocalyptic scenarios. Current research is finding that CBG when used with small amounts of an antibiotic that disrupts the outer membrane of gram negative bacteria wipes out the drug-resistant pathogens. Whereas without the additional amount of the antibiotic, the CBG is not effective.

CBG is effective in being therapeutic without the intoxicating effects usually associated with using cannabis. Strains that contain effective levels of CBG are unfortunately almost esoteric on our current market, strains that can be found are Afgooey, Super Glue, Lemon Diesel, and Jack Frost. If you struggle with IBS, glaucoma, or even headaches these strains would be extremely helpful in relieving your pain. Happy smoking!