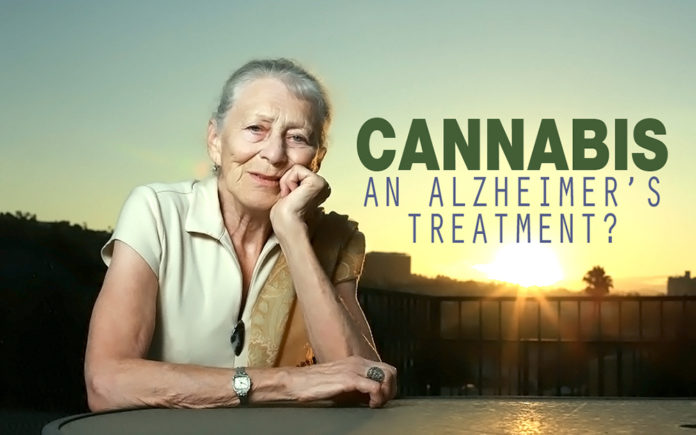 Dementia is defined as a group of progressive disorders affecting the cognitive ability that is so severe it prevents the individual from functioning independently in their daily activities. Alzheimer’s (AD) is the most prevalent form of dementia. Currently there are 5.7 million Americans suffering from AD. It is the sixth leading cause of death more than breast cancer and prostate cancer combined. Unfortunately, the Alzheimer’s Association and other medical sites on the Internet are not familiar with the latest research on cannabis treatment for AD and neurological diseases. Their reliance on pharmaceuticals with accompanying toxic side effects are not keeping pace with the public’s use of natural herbs. There is no cure for AD. Treatments are for symptom relief only.

Advanced directives are now including a special section devoted to a person’s preference for treatment when experiencing mild, moderate, or severe dementia. There is a downloaded dementia directive form on https://dementia-directive.org/ which I highly recommend adding to any advance medical directive you have. Similar to identifying treatment preferences for when the heart stops, or breathing stops, this dementia directive gives questions that help identify treatments for mild, moderate, or severe, dementia. Many treatments slow the progression and require initiation in mild early dementia. Unfortunately, early treatment demands recognition of cognitive impairment. Dementia’s definition is cognitive impairment. It takes a cunning spouse or assertive child to facilitate the need for medication.

Awareness of risk factors help identify early diagnosis. These include diet, control of hypertension, diabetes, atherosclerosis, smoking, obesity, lack of exercise, and in some cases testing for a heredity risk. Galantamine, (Razadyne) Memantine (Namenda) are some pharmaceuticals which are only effective in early stages. They do have toxic effects and should not be continued long term if improvement is not noticed.

Another research area is in the study of pathological amyloid proteins that could be neutralized by the 5-mer peptide. Professor Naor at the Hebrew University Medical School, the Israeli government, and Spherium Biomed of Spain, have spent the last 10 years researching and developing the 5-mer peptide.

The most promising treatment for dementia is Cannabis Sativa or Cannabis indica. As far back as 1890, Sir John Russell Reynolds MD, a physician in British Columbia, published in The Lancet, an account of using cannabis to treat senile dementia. (Uwe Blesching PHD Cannabis Health Index). He found nothing more comparable to one quarter to one third a grain of Indian hemp extract at bedtime. The active component of C. sativa is tetrahydrocannabinol (THC) that has been suggested to have several properties that might counter the pathogenesis of AD. Much like galantamine, THC inhibits the enzyme acetylcholinesterase (AChE), which acts as a “molecular chaperone” to accelerate the formation of amyloid plaque in the brains of AD victims.

Beta-amyloid plaques in those areas critical to memory and cognition remains a significant hallmark of the disease. With its strong inhibitory abilities, the study said, THC “may provide an improved therapy for Alzheimer’s disease” that would treat “both the symptoms and progression” of the disease. (Eubanks LM, et.al. A molecular link between the active component of marijuana and Alzheimer’s disease pathology. Mol Pharm. 2006;3:773–77769). www.scripps.edu/news/press/2006/080906.html. The federal government’s patent on Cannabis, # 6630507 B1 verifies cannabidiol (CBD), as useful in the prophylactics of a wide variety of antioxidant and inflammatory diseases.

Be sure to utilize a health practitioner who is competent in medical cannabis to monitor effects. The American Cannabis Nurses Association can help connect with competent professional.