I’m happy to be starting a new column on what is happening in the Cannabis Industry. There’s so much in news right now that this will be a great spot to find out about new dispensaries and recreational businesses as well as new products and companies that are entering the field. I will be interviewing people in the cannabis business as well as gleaning news from multiple sources and newsletters. My partner and I represent new medical marijuana product lines to dispensaries in the Coachella Valley area.

One of the things I noticed when I became a new patient was the plethora of strange names of the strains. I thought I’d start with a basic overview of the different types of marijuana.

First let’s talk about ‘indica’ or as we affectionately call it “in da couch” this is the strain you want to use to relax, or sleep. Indica strains are known for being physically sedating, perfect for relaxing with a movie or as a nightcap before bed. Sativas typically provide more invigorating, uplifting cerebral effects that pair well with physical activity, social gatherings, and creative projects. Hybrids tend to fall somewhere in between the indica-sativa spectrum, depending on the traits they inherit from their parent strains.

This classification has been around longer than you might think: early taxonomic distinctions between Cannabis indica and Cannabis sativa began in the 18th century when differences between their structure and resin production were first noted. The hybrid category was adopted later on, as growers began mixing genetics from different geographic locations.

Indicas are believed to have originated in the Hindu Kush region near Afghanistan, where they developed thick coats of resin as protection against the harsh climate and conditions. Sativas thrive in temperate areas closer to the equator.

CBD’s- CBD is the abbreviation for cannabidiol, the cannabinoid second only to THC when it comes to average volume. Recently, research has shown CBD to have analgesic, anti-inflammatory, and anti-anxiety properties without the psychoactive effects (the “high” or “stoned” feeling) that THC provides. While high THC strains often tout levels of over 20%, generally, CBD levels of over 4% are considered to be high.

Who Do These Cannabis Strains Help? It was initially thought that cannabidiols main function was to counter the psychoactive effects of THC, but more evidence seems to show that medically, CBD packs quite a punch on its own. It looks to be especially promising for conditions that are difficult to treat such as Crohns disease, and Multiple Sclerosis. Lately, it is one of the rarest of these conditions, Dravet’s Syndrome that is getting a lot of attention from both the medical community and the public.

Dravet’s Syndrome is an especially debilitating form of epilepsy that affects children and is notoriously resistant to current approved treatment methods. Sufferers are plagued by seizures often up to hundreds a day that worsen as they age and can be life-threatening. Currently, treatment methods include having the child wear an eyepatch, specialized diets, and brain surgery, but all have mixed success rates.

Two types of cannabis compounds – cannabinoids and terpenes – hold most of the influence when it comes to effects. Cannabinoids like THC and CBD are molecular structures with their own unique properties and medical benefits. Terpenes are the aromatic oils secreted in cannabis resin that modulate the effects of cannabinoids, and these too have their own set of effects.

For those beginners, lightweights, and low-tolerance consumers, here are three basic tips, tricks, and recommendations for finding that perfect first-time experience. Find a High-CBD Cannabis Strain, unlike THC, with relaxing and medicinal properties. CBD actually helps counteract the anxiety associated with THC, so it’s a perfect starting point for new users. You’ll often find strains with equal parts CBD and TCH, but some contain almost no THC at all. There are plenty of high-CBD strains, but here are some of the most commonly found and widely embraced varieties:

In a sativa JH or MW fit the bill, CBL or Per in a hybrid, and PSH in an indica.

So what about strains? Next column we will go over some of the ones you’ll be encountering. 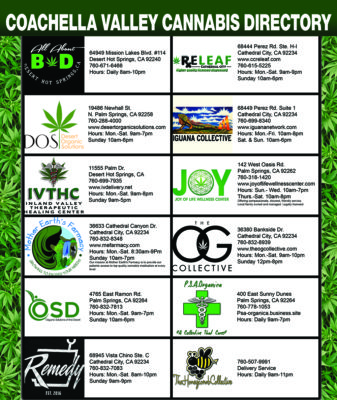