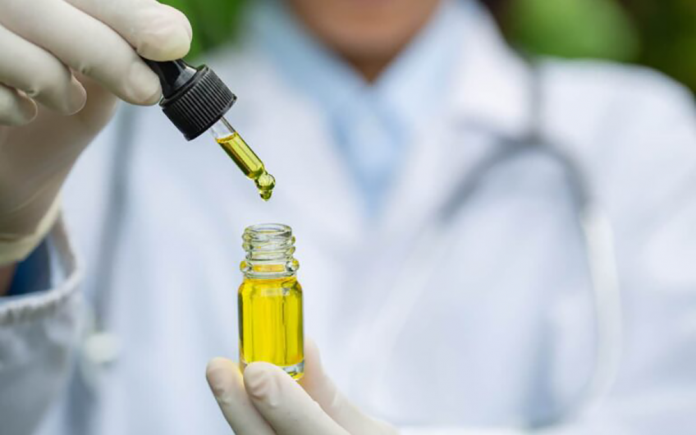 Pro cannabis doctors are beginning to feel more confident in the power of the cannabis medicine and are comfortable recommending it to their patience’s. In the late 1990’s scientist trying to understand how THC’s medicine effected the nervous system found an unknown system.
That unknown system is called the endocannabinoid system or (ECS), which is a medicinal stabilizer that helps with one’s body temperature, mood, memory, and immune system.

The endocannabinoid system contains CB1 and CB2 that function as a medicine for the body when taken for most targeted ailments. When CBD is consumed or smoked or ingested into the body, the power of the cannabinoid enters the brain, and it has been found by the International Research Institute of (New York City), that the ECS system regenerates the brain to function within the brains cells and productive neurons. However, the 90’s discovery of ECS and its unique roll and synergy with the human body wasn’t something new; it has also been mentioned in ancient Sanskrit that the first endocannabinoid is called Ananda or bliss. Mother Earth in all her plant medicines has a deep-rooted connection to the human body.

These lipid-based retrograde neurotransmitters that attach to the cannabinoid receptors are endogenous; meaning that its biological system contributes to the human cell receptors proteins throughout the vertebrate and the whole central nervous system including the peripheral nervous system. This is not only prevalent in humans but in animals as well, therefore the endocannabinoid system predates the marijuana plant on this live planet over two million years with other vital life systems on Earth.

Science is showing that CBD shows promise in aiding and helping in these conditions:

Insomnia: Fifteen people with insomnia taking 160 mgs of CBD before bed slept longer that the placebo takers. (In the Journal of Pharmacology).

Social Anxiety: Discomfort and worry and brain lapses diminished with 10 people with social anxiety disorder who were given 600 mgs of CBD two hours before public engagement and were able to perform speeches and socializing versus the placebo takers. (Neuropsychopharmacology).

Multiple Sclerosis: (MS) Ingesting CBD with a mouth spray for over12 weeks called Sativex, not yet approved in the United States; Patients with MS showed a significant relief from spasticity compared to MS patients who did not use the CBD. (Drugs).

Quitting Smoking: When 14 smokers inhaled CBD for a week it helped them smoke less cigarettes; it was estimated about 40 percent less of their cigarette’s packs were smoked. (Addictive Behaviors).

Epilepsy: Seizures caused by a rare form of epilepsy showed a decrease in seizures by a CBD infused drug called Epidiolex, which has been recently approved by the) Food and Drug Administration).

Parkinson’s Disease: In a 5-person study 150 mgs or more daily helped patients with Parkinson’s disease with a decrease in psychosis and no adverse side effects. (Journal of Pharmacology).

Marijuana Paranoia: When using cannabis one of the side effects can be paranoia, especially patients with cancer and chronic pain. However, taking 600 mgs of pure CBD an hour before infusing any THC the sufferers reported no paranoia. (Journal of Pharmacology).

Schizophrenia: People diagnosed with schizophrenia were given 600 to 800 mgs of CBD daily compared to those who didn’t take, the ones that received the CBD showed a significant improvement of their disease compared to those sufferers who did not take CBD. (Translational Psychiatry).

Science shows where CBD is not working:

Diabetes: CBD has shown to affect mice that have type 2 diabetes, yet in a study with 50 people who had type 2 diabetes. The patience was given 100 mgs of CBD oil twice a day, over three months, and there was no change in their glucose insulin levels. (Diabetes Care).

Bipolar Disorder: Two patience were given 600 to 1200 mgs of CBD oil daily and in the middle of a manic episode that showed no help for these sufferers. (Journal of Pharmacology).

Crohn’s Disease: When 15 patience took 10 mgs of CBD and placebo patients as well neither group benefited. (Digestive Diseases and Sciences).

The muscular system, the nervous system, circulatory system, and digestive systems have been taught in schools since the 1700’s, yet now that science has rediscovered the Endocannabinoid System; learning how to heal and aid these systems when disease strikes up-the possibilities of treating sufferers with CBD and other cannabis medicine products is a roll that science is striving to perfect so that people and animals can have an option when deciding to start a medicinal therapy.

Remember when using any cannabis medicine please consult with your health care provider.

Note: Awareness and Mindfulness is key to many of the body’s needs. All my articles are based on patient reports, and company representatives who are trained by CBD scientists and cannabis laboratories.