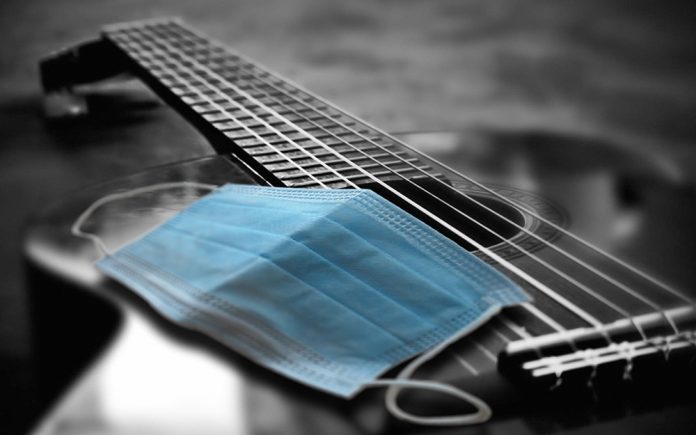 Michael Keeth is a soulful singer-songwriter and fulltime musician. He was working 6 days a week, many days performing 2 gigs to support his family, until quarantine happened. He has a loyal following and gains new fans at every show. I tagged him with the nickname “The Voice” several years ago and it has stuck. Michael won Best Male Vocalist 5 years in a row at the CV Music Awards. Keeth is also the frontman for the hard rock band Death in Pretty Wrapping. He is currently performing on FB Live where you can tune in and offer support through the virtual tip jar. In September 2019 he released the emotional track “I Won’t Run.” A song many of us can identify with. Check it out on YouTube.

CVW: What projects are you working on while in quarantine?

Michael: “There’s definitely a well of feelings to draw from. I’ve written some lyrics- but it’s more like journaling. I know I’ll be able to bring fully formed songs to life after all of this passes. Just taking it one day at a time for now.”

Michael: “I definitely miss playing Live.  But my friends have been awesome to keep tuning in and giving me the opportunity to perform! In some ways it’s even more engaging than playing at a venue because I’m able to be part of the conversations and play requests on the spot!”

Michael: “Oh yes.  I feel like, against all odds, there’s a lot of love being put out there.  The world stopped and people are making it their priority to take care of each other.”

Michael: “Definitely.  Josh Heinz, Derek Jordan Gregg, Lance Riebsomer, Doug and Meg, and so many others are playing their hearts out online! It’s awesome to be able to hear them.”

Michael: “U2 is always my go-to when times are tough:)”

Michael: “Everyone is doing pretty well. The kids are coping in their own ways and sometimes they get on each other’s nerves. But they also have these beautiful moments when we see them bonding more because they’re not in school several hours a day.

As hard as all this is for adults- kids have less experience with the ups and downs of life.  So we’re doing our best to keep a positive and constructive vibe.”

Michael: “It’s hard, but there are silver linings.  A lot of the rat race, chaos and clutter has been removed from daily life.    We’ll come back from this, even stronger.  I hope when we do- we’ll take better care of each other than we did before the pandemic.  We’ve been given a reset of sorts to adjust our priorities. I hope we don’t waste it.

Also- wanted to express how thankful we are for our nurses, doctors, and all the essential workers risking their health on the front lines.”

CVW: What do you most look forward to when this  lock down is over?

Michael: “Thank you for interviewing me!  Everyone be safe and take care of each other. This will pass.”

CODY WHITE and THE EASY RIDE 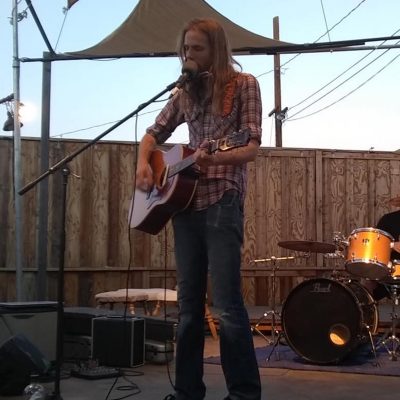 Cody White and the Easy Ride is a 3 piece rock and roll band based out of the high desert of Joshua Tree CA. With influences that range anywhere between Neil Young and Radiohead. They paint sonic landscapes that range from ambient, to stripped down rock and roll. Their songs tend to lean toward the issues at hand; calling out things that may not be right in the world, and issues that need addressing. They are currently in the middle of their second LP which should be out somewhere in summer or early fall. I caught up with Cody to see how they are doing during quarantine.

CVW: What projects are you working on while in quarantine?

Cody: “I just got the awesome opportunity to write, record, and produce my first solo record at my analog studio I’ve been building in my garage the past couple of years. It’s up on codywhite.bandcamp.com.”

Cody: “Absolutely. A lot of the stuff I’ve been writing has been focused on the inequality I’ve seen through this time. Crisis unfortunately not only brings out the best, but also the worst in people.”

Cody: “The live streaming has been a real blessing through this time. It’s a little more personal and intimate than I’m used to, but it’s been a great way to stay sane. The live experience is definitely a different animal but I feel grateful to still be able to perform.”

Cody: “I do. There is such a diverse audience. Old friends, local fellow musicians, and just people who need a little something to get through.”

Cody: “Yea definitely. It’s been cool to see some of my fellow local musicians, as well as a bunch of big artists join in too.”

Cody: “I’ve been trying to balance working on my property(we’re blessed to have an acre and a quarter up here) and either countless hours wiring my studio, learning more engineering technique, and of course playing and recording. Of course sometimes some good shows or inspiring docs are great. I finally got to watch Gimme Danger the Stooges documentary.”

Cody: “For the most part it’s been great. I’ve got to spend a lot more time with my 2 year old, which has been great. We have our occasional freak out and tension, but I think we’ve handled it the best anyone can considering.”

CVW: What do you most look forward to when this lock down is over?

Cody: “I know normalcy will take a while. But I just miss community, and being around people. I think once live music is a thing again we’ll be so much more grateful and appreciative.”

Cody: “If there’s one thing I’ve learned is we need to be grateful for what we do have. So much has been taken for granted as a society. Hopefully this is a great lesson to us all.” 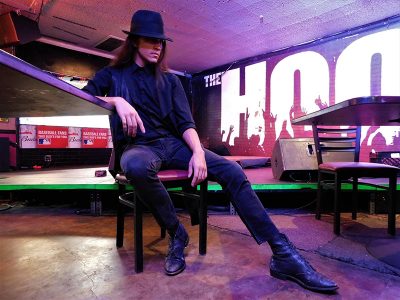 Krystofer Do is a singer/songwriter, keyboardist, model, thespian, and film actor. He just released his new song “Soul” and is set to release his debut full-length album later this year. His performances are passionate and high energy and in the vein of Prince and Michael Jackson. He has performed across the Coachella Valley, including Fantasy Springs Casino, where he won the 2017 Fantasy Star voice competition, earning him a spot on a billboard on the CA-60 Highway and his own show at the casino. He is a unique young man who walks to the beat of his own drum unapologetically. CVW: What projects are you working on while in quarantine?

Krystofer: “I’m currently working on my brand new album, which will be set to release this Winter!! I’m also working on this AWESOME Star Wars fan film that I wrote and will be directing, so I’ve been keeping busy. Mostly, though, I’ve just been hanging out with my sexy girlfriend, Bronte, and my cat, Figaro.”

Krystofer: “Absolutely. What’s been really helpful is having some time to myself to reflect on the vision I have for my album.”

Krystofer: “It’s so different. I actually prefer real shows because of the energy I get from the crowd. I get to receive it and then give it back at least twofold. It’s been weird having no one with me while I perform, but it’s important that artists stay relevant, so here I am.”

Krystofer: “I do. My friends have been so supportive of my journey. My family has questioned my clothing style (or lack, thereof), but overall, I feel truly loved. I’m so grateful.”

Krystofer: “I have here and there. I’ve been pretty loyal to my favorite artists and bands, but I’m actually gonna start asking my friends to send me some of their favorite music so I can expand my mind.”

Krystofer: “Honestly, it’s hard to say. I’ve got a lot of music to listen to. One song I listen to when I feel kind of down is a choir song called ‘I Am In Need of Music.’ If you’re unfamiliar with choir music, look it up on YouTube, specifically, the Texas All-Star version. It’s blissful.”

Krystofer: “I’ve been working out, taking care of Figaro, and playing video games. I’ll binge watch ‘Supernatural’ with Bronte while eating some ramen I made in the nude. I call it “nude-les”. It’s fantastic.”

Krystofer: “It’s just me and Bronte. I technically live with my landlords, but I don’t consider them that. They have their own place that’s connected to ours (we live in a casita). They’re great friends.”

Krystofer: “I think people need to stop acting so entitled. I recently went back to work at Coffee Bean on El Paseo, and there are some people who won’t even wear masks, even if it’s policy. I feel like even if Corona was ‘fake’ news, why risk it? You’re also just making yourself look bad.”

CVW: What do you most look forward to when this lock down is over?

Krystofer: “I wanna have sushi and wine with my friends. That’s it.”

Krystofer: “I wish everyone safety and compassion. Every generation deals with some turmoil and this is part of ours. Our ancestors have dealt with way more than this, so stay strong and have fun!”