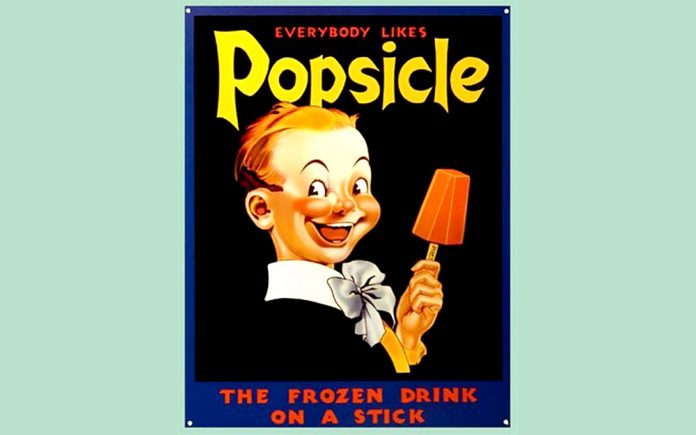 With the bad and unsettling events going on at present, I think it is time to focus on less ominous events and focus on what is important – family…and popsicles.

To that end, this week’s article is written by my daughter, Isabella Libby who is on break from university.

It is time to cut loose, lose your blues, pick up some good vibrations, and chill out with a frosted treat: popsicles! This may be an extravagant assumption, but popsicles are the most glorious summer treat discovered by man, and since it is heating up outside of house, paying homage to this great delicacy is needed, especially since two billion popsicles are sold yearly in America.

Frozen desserts were popular in Ancient Roman culture, but it was not the popsicle we know today. Servants, of the upper-class, brought ice blocks that would be crushed and served with fresh fruits and sweet syrups. Other instances of frosty treats being enjoyed are Thomas Jefferson in his Monticello home gave guests ice cream and scrumptious sherbet. Marco polo brought ice cream to Italy when he was delighted by China’s mixture of camphor-laced water, buffalo milk, and sweetener, but none of these treats were on a stick.

The discovery of popsicles is quite comical. Imagine it is 1905, a frigid winter in Oakland, California where the sky is as dark as coal.  With this as the backdrop, an eleven year-old boy named Frank Epperson mixes a soda mix plus water together, leaving the stirring stick in the cup he forgets his drink outside. The next morning, he discovers his drink frozen solid, so he runs hot water over the cup to liberate the soda mix. To his discovery, the idea of a stick in a frozen liquid was brilliant, but he did not do much with his finding, other than preparing some for friends. Once he became a father, he made the same frozen treat for his children, and in 1923 Epperson filed for a patent on his discovery, frozen drink on a stick. Now, they treat was original called “Eppsicles,” but his children pleaded for him to call the creation “Pop’s sicles,” then the name popsicles were born. Popsicles were originally sold for five cents came in seven different flavors, with cheerful cherry being the crowd favorite. Later, the double-pop was created during the depression for children to delight in the treat for the price of a single pop.

Currently, there are around twenty-seven differing flavors of popsicles commercially, which top brands being Popsicle, Outshine, and Nestle. Some weird popsicle flavors have been invented by creative individuals throughout the years. Picture the tomato water pop made with basil, olive oil, and tomatoes or even avocado pops!

While reflecting upon the idea of popsicles, it has come to my awareness that popsicles greatly represent the cycle of time. The past is frozen in place; it may be sweet or sour, but it is in a stagnate state and cannot be changed. The present slowly melts away, especially in current times, but one can enjoy the simple things in life, such as the simplicity of a popsicle: frozen liquid on a stick. Now, once that pop fully melts away the future popsicle is waiting. It could be any flavor or shape, but it is pure, the idea of it is perfect and unblemished; at its core it is beautiful and good. All that to say: while you are splishing and splashing in water, do not forget to cool down with an exquisite Eppsicle.

Isabella Libby is a Psychology and Art Major entering her sophomore year at University of Dallas.  She can be reached via her protective father and regular CV Weekly columnist at Hlibby@WinslowDrake.com.