MURDER ON THE ORIENT EXPRESS 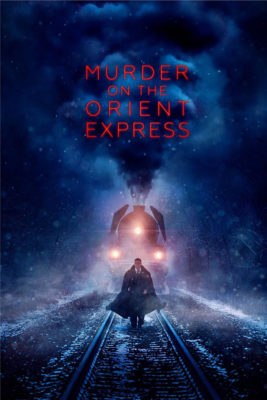 This wonderfully crafted and satisfying film is old-school filmmaking at it’s best.  The great cast besides Branagh (Johnny Depp, Penelope Cruz, Willem Dafoe, Michelle Pfeiffer and Judi Dench) pulls out all the stops in the acting department.  The nicely appointed production values are heightened by the visually lush 65mm cinematography that does justice to the sweeping landscapes.

Branagh’s take on the very successful 43 year-old film of Christie’s 1934 murder-on-a-train classic inspired by the Lindbergh kidnapping may not be as star studded as its predecessor, but it’s tighter and faster paced, although the story does not undergo any radical reinterpretations.

I am not sure why the studio decided for a redo, since there’s no obvious relevance in the world and culture we currently inhabit.  However, the pure pleasure of surrendering anew to a familiar but clever tale well told cannot be discounted.  The period detail is almost as much fun to experience as is watching the colorful suspects (full of ulterior motives and sinister designs) squirm under the close scrutiny of Poirot.

RETURN OF THE APE MAN 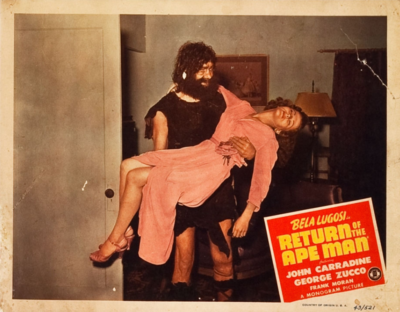 When this B-movie was first released, a poster next to the box office warned patrons:

“If you have the nerve and your heart can take it, come on and see this one!

Despite the title and the presence of Bela Lugosi, this film isn’t actually a sequel to “The Ape Man” which was released a year earlier and likely generated just enough interest for Monogram Pictures to cash in with a follow-up film that has nothing whatsoever to do with the earlier title besides a similar premise. 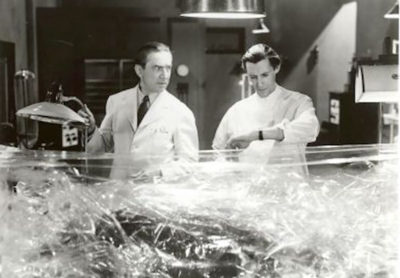 As he was in the first “Ape Man,” Lugosi is an overly ambitious scientist obsessed with preserving and resurrecting (!) frozen bodies.  After he and his assistant  (John Carradine) manage to successfully reanimate a man he’s been frozen, they decide to hunt down a prehistoric man.  The two trek far north to Alaska or the Arctic where they just happen to stumble upon the centuries old frozen body of a Neanderthal.  Back in the lab, the caveman’s thawed out, but Lugosi isn’t satisfied with the man’s primitive mental condition and decides to attempt a brain transplant because just bringing an ancient frozen body back to life isn’t enough.  Before long the faithful assistant find himself in a brain clamp about to undergo surgery!

I loved the brief moments where Lugosi has an unhinged glimmer in his eye.  I was not surprised when the revived caveman (played by both Frank Moran and fleetingly by George Zucco) runs amuck.  Can there be any doubt this low budget cult fave was the inspiration (especially re his costume) for 1992’s forgotten gem “Encino Man.”  Olive Films.  Blu-ray.