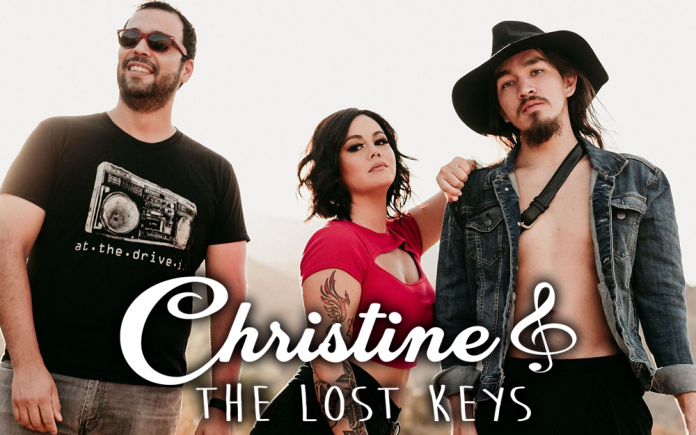 2023 is a year of endless possibilities, and one local band is looking to expand their listenership after a successful return to the stage post-pandemic. Christine & The Lost Keys is a Coachella Valley cover band performing classic rock, blues, and soul music that spans decades. 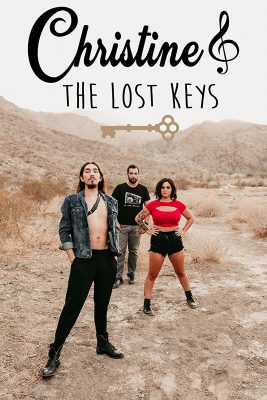 Christine & The Lost Keys will be playing at Big Rock Pub in La Quinta on January 27th at 8 p.m., with no cover charge. This performance will kick off year for the band, who has played onstage at other performance venues like Plan B Live Entertainment & Cocktails, and Four Twenty Bank Dispensary and Lounge.

Big Rock Pub has been a cornerstone where local musicians can perform. This is a long-awaited moment for Christine Michele, the lead singer and front woman of Christine & The Lost Keys, who considers Big Rock to be one of her favorite venues in the Valley.

“We took a short break during the COVID-19 pandemic and ended up having a lot of gigs by the end of 2022. We want to start this year off strong, and even though we already have a wedding lined up for March, we want to start doing bigger gigs, events and special occasions like more weddings and intimate, private sets,” shared Michele. 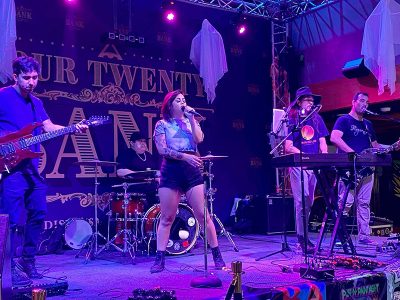 Christine & The Lost Keys was even nominated for Best Local Band by Coachella Valley Independent last year. Inspiration to form the band came in 2018, after Christine had performed in the “Rising Stars of the Desert” contest in the category of country music and ended up winning. Noe Gutierrez, who has ties to local music across the desert, suggested that she put a band together with her vocal talents.

Christine & The Lost Keys had their first ever live performance televised on KESQ News Channel 3 in 2019. The full band member line-up includes Christine on vocals, Krystofer Do on keys and backup vocals, Miguel Arballo on bass and acoustic guitar, Juan Espino on electric guitar, and Tomas Granillo on drums. For larger scale events, the band plays as a five-piece, but for more intimate sets, Christine, Do, and Arballo are the main trio. 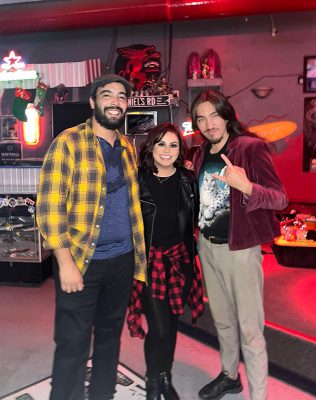 “The fact that we can rotate our 5-piece lineup but Christine, Krystofer, and I are always the main core is great. It has allowed us to perform with some amazing artists from the Coachella Valley. We’re honest with each other and we feed off our energy through our live performances. I really enjoy the dynamic within the band. We each bring our own ideas as to what we want to hear when we cover a song, especially when we perform as a trio,” stated Miguel Arballo.

“I love playing shows, but the rehearsals are where you can just be yourself with the band and experiment with things. I just want to play good music and have good times. There’s less worry in the mind when you’re playing songs other amazing artists wrote,” said Krystofer Do.

In the future, Christine hopes to write and perform an original song with her bandmates, as they are involved in other musical projects with original tracks. Her background in musical theater has helped her maintain a magnetic stage presence and exude high-energy during performances that keep audiences at their feet.

“Another dream of ours is venturing out of the Coachella Valley. We hope to play gigs in San Diego and LA, or OC. I am very proud of my bandmates. I love them all. And I appreciate them,” shared Christine.

To learn more about Christine & The Lost Keys or to see when upcoming gigs are announced, follow the band’s social media on Facebook or Instagram @christineandthelostkeys.