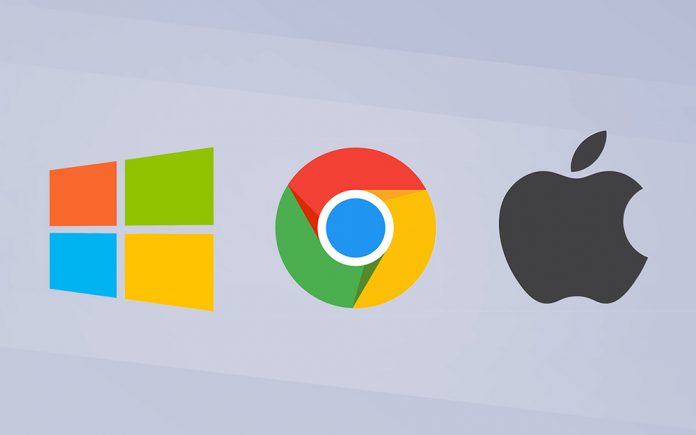 The Differences, Advantages, and Disadvantages…

Choosing a laptop used to be a much simpler process. A MacBook would have been too tempting to resist if you were an Apple enthusiast and had the money to spend. If you were on a budget or a typical Windows user, you’d go with one of the many available Windows laptops. With the introduction of Chromebooks, which come in a variety of designs and are also budget-friendly options, deciding on a laptop has become much more difficult in terms of how much to spend and which features are most important for your requirements. Chromebooks use Google’s Chrome OS operating system, which means that Windows and Mac applications will not operate on them. That isn’t to say that Chromebooks aren’t better than other computers, just different.

This article will describe the differences between a Chromebook and Apple and Windows laptops, as well as the advantages and disadvantages of each, to help you choose what type of device you need and want.

Chromebooks, MacBooks, and Windows laptops all have their own set of benefits and drawbacks, and each can perform certain tasks better than the others. They’re all laptops at their core though and can browse the web, stream video, and manage documents. Let’s look at some of the differences in specs between Chromebooks, Windows Laptops, and MacBooks.

Chromebooks are powered by ChromeOS, a Google-created operating system. If you’ve ever used the Google Chrome browser, you’ll recognize it right away. Essentially, this browser controls all of your day-to-day computing. Chromebooks run “web applications” rather than programs that require on-device installation. On the other hand, Windows is a full-fledged operating system, which is both a benefit and a drawback. It means you have far more flexibility to run programs or perform complex operations; but, it is time-consuming, slower to load, and requires regular upgrades. macOS is practically the best of both worlds – fast and reliable, but also capable of running several different software programs.

Chromebooks do not execute software; instead, they use web applications. This, however, does not significantly limit you. If you wish to type a document, you may use Google Docs, which automatically saves all of your work to the cloud. It has the same interface as Microsoft Word but does not require a paid license. There are Chromebook web apps for everything, including spreadsheet creation, calendar and mailbox management, and movie streaming. However, if you need to use this device for work, this might be a deal-breaker because it prevents you from using more specialized applications required for your work. For example, if you wanted email marketing software for your work and it wasn’t accessible on a Chromebook, there aren’t any workarounds — you’d be better off with a different product.

Chromebooks have poor CPUs on paper, but in reality, the ChromeOS operating system is so simple to use that it can be operated on a low-end CPU. Chromebooks still boot up quickly and perform well, but they’re powered by a CPU that helps keep the price down. Windows laptops and Macs require significantly more powerful CPUs to run quickly.  Macs always have a good chip, but cheap Windows PCs are sometimes let down by cheap processors that cause the system to run slowly.

Here’s an important one to get used to; Chromebooks come with almost no built-in storage. You are not required to store any files on the device. Instead, you back them up to Google Drive online. This is, in fact, significantly more secure. All of your files would be protected even if your laptop was destroyed or stolen. You may still connect an external hard drive to access additional backups.

This varies greatly between the low-cost Chromebooks and the high-end Google Pixelbook. However, the same may be said with Windows laptops. Apple is the only company that has consistently high screen quality across its entire laptop range. You also have to pay a premium for those displays.

Chromebooks have a long battery life: 10 to 12 hours is average. You’d expect to pay Mac prices for such persistence power. Depending on how much you spend, Windows laptops may last anywhere from 5 to 10 hours. It all falls to the low-power Chrome operating system, as well as the lack of a battery-hungry internal hard drive on a Chromebook.

Chromebooks are far more secure than MacBooks and Windows laptops because the security is built into the design. Chromebooks can be configured to save virtually nothing on the device, and a company Google Drive would keep it all safe, so you can use this laptop with safety and security. And, with more people working from home and storing potentially sensitive data or information on their devices, the need for security cannot be overstated.

When compared to Mac and Windows laptops, the Chromebook is a one-of-a-kind product. On paper, it doesn’t sell itself, particularly to professionals and developing businesses that require robust devices. It has limited storage and apps, and it can’t accomplish half of what you’d expect of a Windows laptop. This is a dealbreaker for individuals in need of a powerful laptop, especially as hybrid work is becoming the norm, and at-home devices must have the specifications to manage a large project. Chromebooks, on the other hand, are generally very cheap, have excellent battery life that will last all day, are quick to start and simple to use, and may be ideal for people wishing to enhance their work-from-home scenario without breaking the bank. Furthermore, as a business, they are some of the most secure devices on the market, so minimizing a security breach may be a significant benefit. If you only want to browse the web, send emails, and watch videos, a Chromebook is the solution to go. If you need to use dedicated apps and collaborate with other Windows users, buy a Windows laptop. If you want a powerful, user-friendly laptop with a premium screen, choose a MacBook.

You may still be wondering how to choose your next device. This is where we can help! Our Eggsperts are eggcellent in helping with deciding which type of device is right for you… Have a suggestion for our next article? Please contact us by calling (760) 205-0105 or emailing us at tech@eggheadit.com and our Eggsperts are happy to help you with your questions or suggestions.