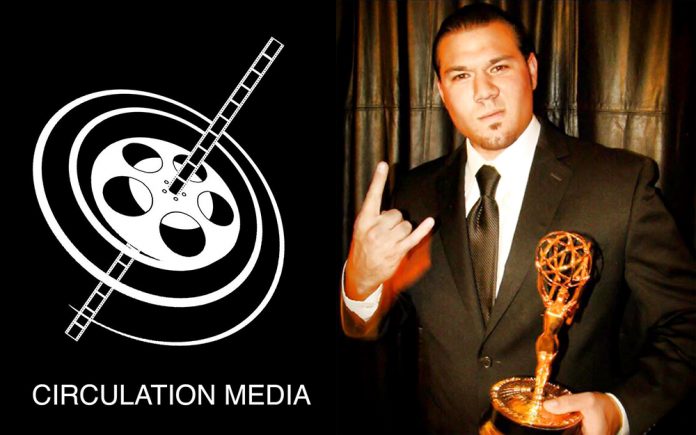 A lot of artists and events have persevered through the pandemic. One event was the second edition of the Yucca Valley Film Festival held in November of 2020. A notable and victorious name that came out of that event was Zak Kupcha. Kupcha is the sole proprietor of Circulation Media, a mixed media enterprise that produces audio and video creations for established and aspiring artists here in the Coachella Valley and around the world.

At YVFF, Kupcha scored the ’Keep Mojave Free’ Award for producing and directing the music video for Off the Wall’s single That One Girl. The video also received the most audience votes and for that reason, achieved first place as the 2020 Audience Winner. 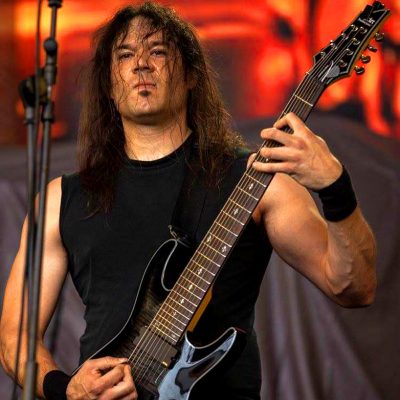 Kupcha is also currently in production of a new talk show called Sidebar with Noe Gutierrez, featuring one-on-one conversations with some of our most notable Coachella Valley musicians, actors, celebrities, athletes and government officials. Kupcha is as comfortable in front of the camera as he is behind the camera.

Kupcha is no stranger to performing as he is also guitarist and vocalist for the band Galaxy Crusher, currently working on a new release, and is a former member of the Metal giants Taipan and Arbitrator. Recognized for his mastery of the 7-string guitar, Kupcha has the insight necessary to help artists develop their vision while parlaying his signature sights and sounds that make his work unique.

Coachella Valley Weekly spoke with some of the artists he has worked with. Here’s what they had to say:

“Zak is an all-around great guy and director, we have loved working with him! He goes out of his way and works WITH us to make our videos what we envision and has been a joy to work with. He’s definitely a friend of ours now and we look forward to doing more work with him. The video for our first single in over a decade, Won’t Wait, was a visual success! We are currently working on the video for our latest single, Rise featuring Cherie Currie, and he is already creating a masterpiece. Empty Seat is ‘Team Zak’ all the way! If you’re looking for the dopest director in the desert, ‘Z’ is the man!”

“Zak is super-professional and his editing is on point. The truth is, he is a genius. The drone shots he did in our Wilted Leaf video were perfect! The song is from our album Labyrinth and shows the band playing in the middle of the desert, rocking out under the sun. The video was produced by Zak and Circulation Media; he did a helluva job. Aside from all that, my realization after getting to know him is he is a really nice guy as well.”

“Zak and I have known each other since we were 5 years old. We have a special connection, in fact, according to the Mayans we are each other’s subconscious self and hidden helper. It reflects in the work we do. If I have an idea, he runs with it all the way into the material plane and vice versa. We both operate on a high-strung high-vibe level, maybe because of our High Desert upbringing…who knows? He’s the most professional and ambitious dude behind the camera you will ever meet. We have a smooth work flow and our main goal is to push boundaries and create a legacy/archive of original content that transcends space and time. For example, a full 360-degree virtual reality music video in still rollin, a single-take slow-mo drone video, just got here, a time-lapse shot while vocals are in real-time, not another sad song, a fast-past all-drone video inside a parking garage, Coachella Valley, taking advantage of the empty streets mid-pandemic spotlight, a blast of nature and samurai vibes at the dry lakebed in JT, immortal porta, the list goes on. Links to those vids can be seen on our respective YouTube channels and irowlow.com – bless”.

“Zak is a pretty easy-going guy, communicates well with the entire group, has great suggestions, and he also works really hard for you at getting what you’re trying to have happen and does it in a timely manner.”

“This year’s CV Music Awards were a bit different, so we didn’t get to work with Zak, but the two years prior, he handled all of our videography and was awesome to work with. He did an amazing job and is very professional. I highly recommend him.”

The work he has done with the CVMAs is remarkable, capturing awards presentations and live performances from local artists that are viewed on a regular basis. “I’m very thankful to have had the opportunity to cover the CVMAs. It was awesome being able to cover the best artists in the desert,” Kupcha shared.

“Dude, there’s way too many positive and amazing things to say about Zak and his team at Circulation Media. I’ve done so many video and photo projects with Zak, I can’t even think of all of ’em!! The dude is a class act, always has pro gear and a plan of attack to knock it out quick so he can get back home to the desert and edit! What I love most of all about Zak is his calm demeanor and positive personality. Not only is he pro with photos and videos, he’s also a shredding guitarist and vocalist! He encompasses music and visual art with a passion, especially for Metal…my forte!! I look forward to working with Zak on more projects in the future.”

To contact Circulation Media, you can reach Zak Kupcha at: