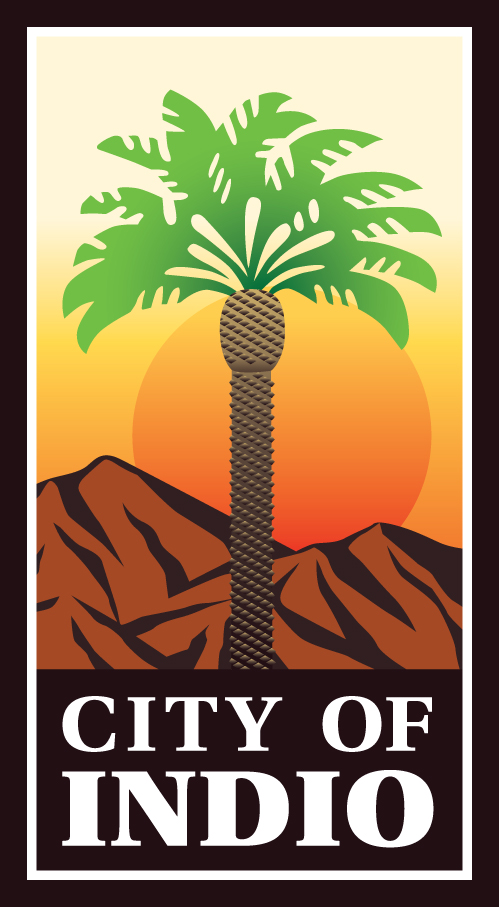 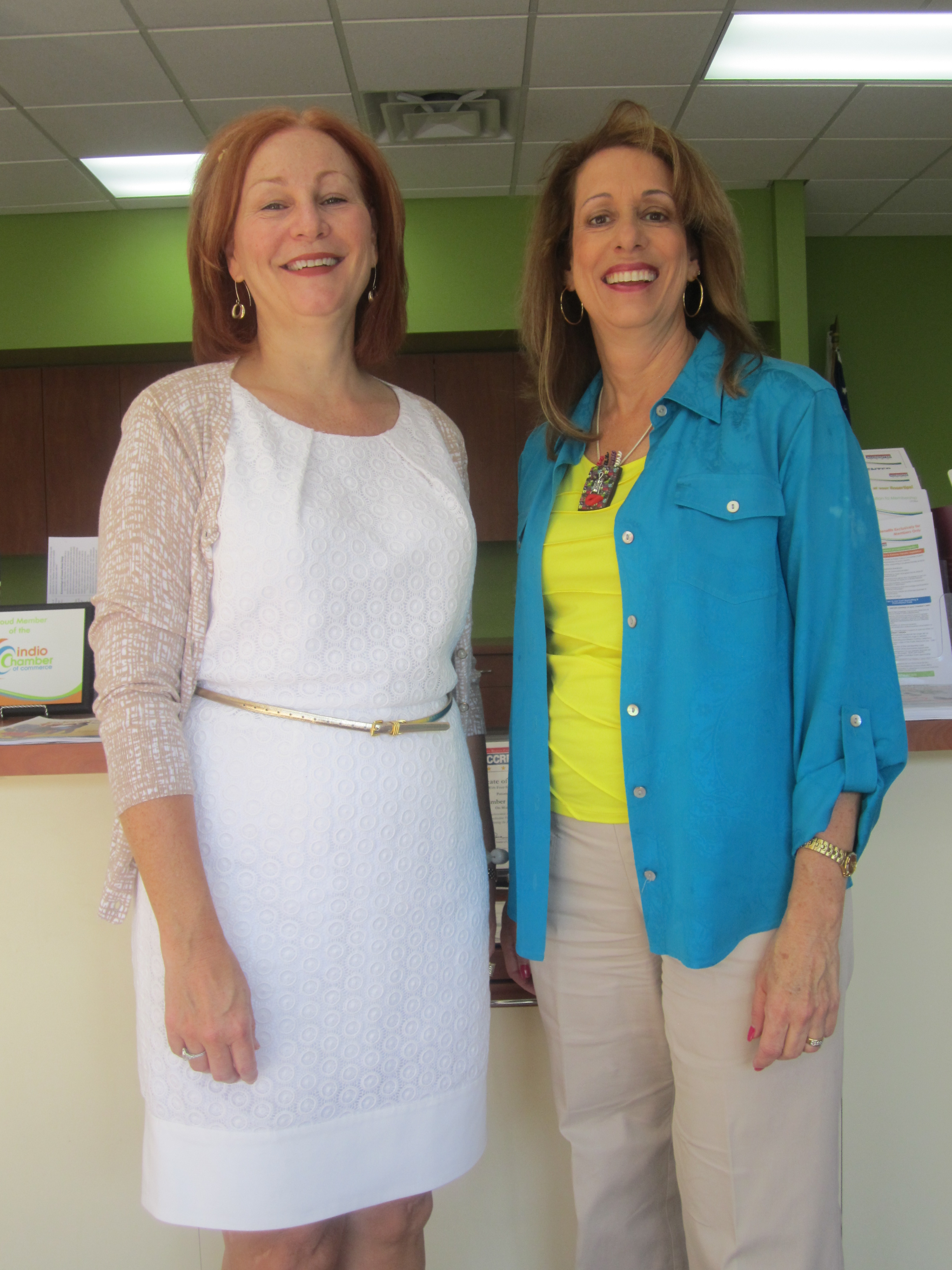 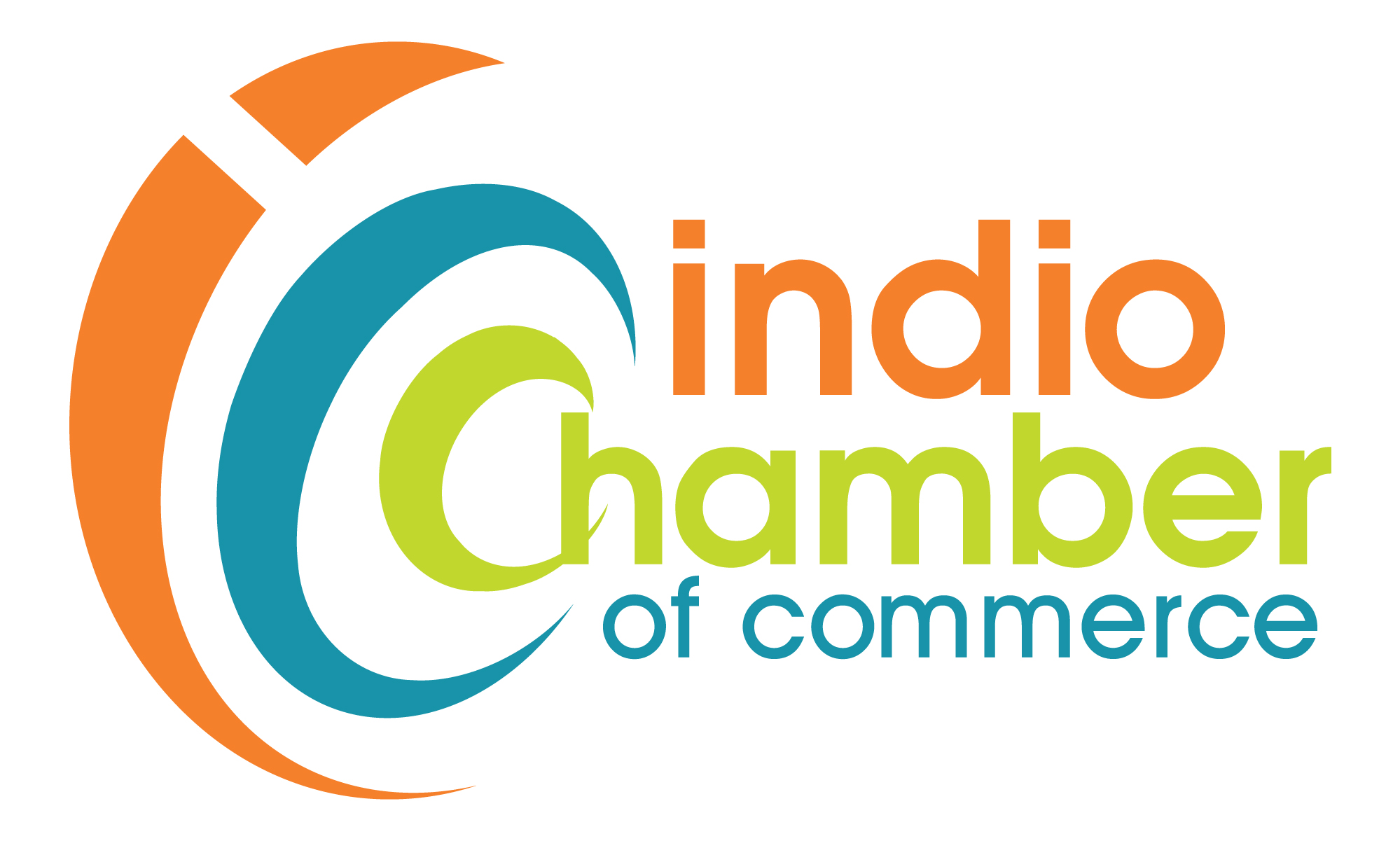 Every incorporated CV city has a Mayor and Chamber of Commerce President. These two important positions have the ability to directly impact their immediate community through constituents and business.

In the city of Indio, citizens elect the city council to four-year terms. Each year a Mayor and Mayor Pro Tem is selected from the five council members to serve in these positions. Elaine Holmes is the current acting Mayor and is half way through her term. She was elected to the council in 2010.

Besides being Mayor, Holmes is a small-business owner. She and her husband run two trophy shops, both in Indio. They have lived in the CV for ten years. “I wanted to do something for the community,” said Mayor Holmes. “The city has huge potential and I wanted to be involved.”

Indio is the fifth fastest growing California city and there are projects all over town to show for it. “Downtown is going great. In one year from now, everything will be in place. It will be great,” said the enthusiastic and optimistic Mayor. 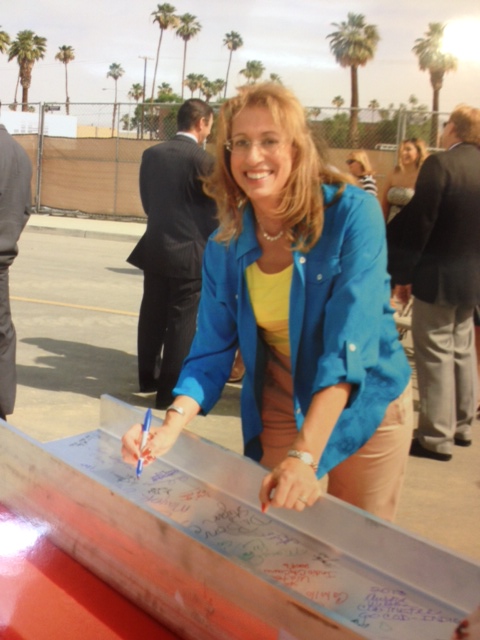 College of the Desert East Campus is a going up in downtown. The three-story steel framed building has taken shape and is now scheduled to open in the spring of 2014. The surrounding area is zoned for mixed-use, allowing for small retail business opportunities like boutique shops and dining.

At the end of the block, county facilities are scheduled to begin a $350 million upgrade and new construction by the end of the year. The East Valley Detention Center expansion will bring in high paying jobs and improvements to infrastructure.

In North Indio, 500 homes are under construction. The development will eventually build a few thousand homes over the next several years. A new Holiday Inn Express is being built on Indio Parkway across from Fantasy Springs Casino. There is also a new mall with an Arco AM PM, an AutoZone and a Family Dollar. The city recently annexed Citrus Ranch (1800 acres off Dillon) and another property (730 acres) near Washington and Francis Way. 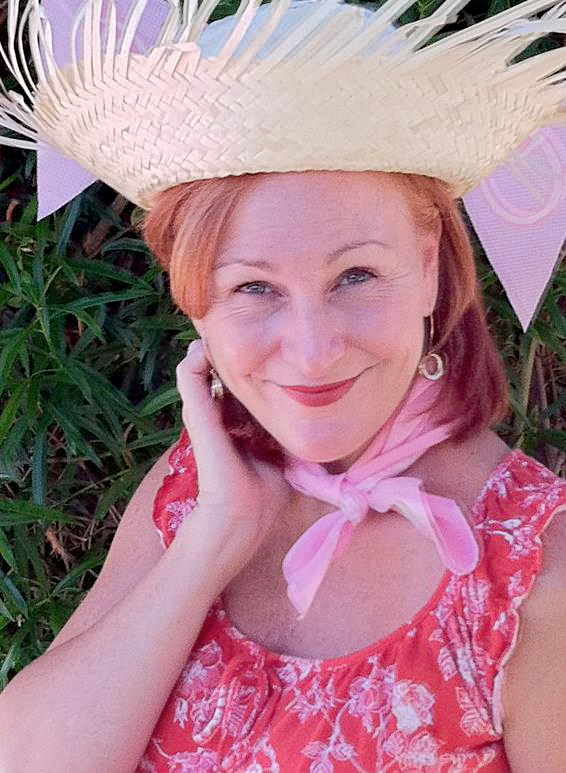 With more people and businesses coming in, Indio’s Chamber of Commerce is ready to help the community. Joyce Donaldson is President and CEO. She has served in the position for the last four years. During her tenure, she has reshaped the office and website and increased membership. The Indio’s Chamber now has a four star accreditation with the United States Chamber of Commerce.

The roots of the Chamber of Commerce come from European businessmen who wanted to protect their businesses and establish policies to govern trade. It came to the United States with King George III in 1770 and the first Chamber of Commerce was established in 1768. Today’s chambers protect and promote business as well as address socioeconomic concerns and social needs. A Chamber is made up of local community business professionals with an elected Board of Directors. The Board then hires a President or CEO.

“This is a busy time for juggling family, friends and business,” said Donaldson in an email. “But I want to be sure that the Chamber remains a top priority.” Donaldson lives and breathes Chamber business. She has been in the Chamber business for nearly twelve years. Besides ribbon cuttings, mixers and committee meetings, Donaldson holds regular educational conferences designed to assist businesses. It is the Indio Chamber of Commerce that puts on the Southwest Arts Festival. It is the Chamber’s biggest fundraiser.

Donaldson herself is always working to learn more about what makes a great Chamber work. Last week she graduated from the U. S. Chamber Institute of Organization Management completing 72 units of intensive course work. Last year she finished The Western Association of Chamber Executives Academy.

Donaldson spent over 2000 hours writing and working on the detailed and rigorous application to receive Indio’s four-star accreditation. The process covers nine areas from governance to benchmarking. There are only 214 California Chambers with U. S. Chamber accreditation and Indio’s Chamber is one of 150 that possess a four out of five stars. There are approximately 7000 Chamber accreditations across the country. Palm Desert is the only other CV city with an accreditation. 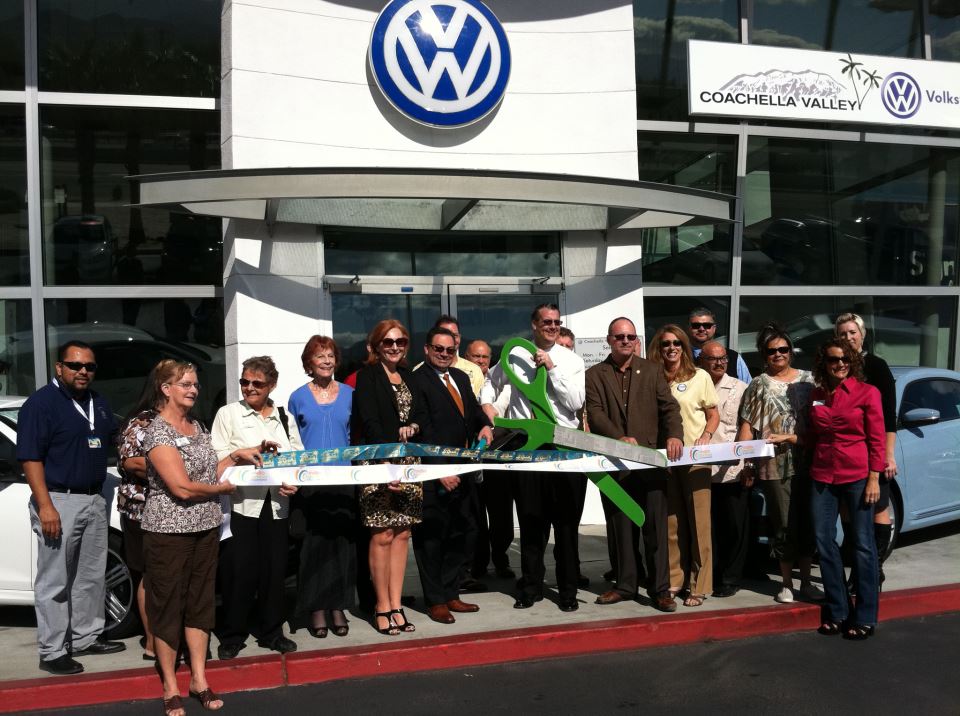 This July there have already been several ribbon cuttings — 19 in the last twelve months. On July 25 there is a Lunch & Learn Roundtable about Board Roles and Goals with Bob Harris CAE of the Nonprofit Center. On the 26th, they have a Board Work Planning Conference and on the 30th, a Social Networking live mixer at Sun City Shadow Hills with special guests City Manager Dan Martinez and Mayor Holmes. The Chamber never rests.

In September, the Good Morning Coachella Valley Legislative Breakfast at Bellatrix at the Classic Club will feature congressman Raul Ruiz, MD. The Chamber’s Good Morning CV is an information-packed program designed to brief the business community on the latest business trends, legislative updates, economic developments and relevant issues that affect the community. See their well organized, friendly and easy to use website for more details and to register.

Indio is the city of festivals and is working on providing an art and entertainment focus. They value their diverse population and strive to have something interesting or entertaining for everyone of every age. They have a beautiful teen center and new senior center. They are proud of the Indio Performing Arts Center and have seen a growing interest in theater. Starting this Saturday, IPAC is holding a summer cinema series showcasing classic movies in the 127-stadium seat air-conditioned theater.

The Coachella Valley Arts Center has classes in glass blowing and welding. The Mayor has been working with the Coachella Valley Symphony to bring an outdoor concert event in October. And the city signed a 17-year agreement with Goldenvoice for up to five festivals a year at the Empire Polo Club. The contract allows the concert promoters to try new music and entertainment venues that may appeal to an even wider spectrum of artists and audiences.

It is important to the Mayor to be accessible to Indio citizens. She regularly hosts a casual get together she calls “Mocha with the Mayor.” On the third Thursday of every month at It’s a Grind Coffee on Jefferson Street from 8:30 to 9:30 am constituents can share their ideas or concerns. Mayor Holmes is actively seeking volunteers to serve in the community and hopes to build a volunteer program. “There are a lot of opportunities to do things,” said the Mayor. “We want to match people with staff.” Mayor Holmes believes that pulling people together citywide will not only get things done, but generate pride.

Some special concerns include Indio’s animal shelter and the lack of medical marijuana dispensaries. The Indio Animal Care Center is closing August 31. The city is discontinuing their contract with the county because of staff issues and the building’s age and its need for expensive updating. The Thousand Palms shelter is a state of the art facility. Indio hopes to have animal spay and neuter clinics and low cost vaccines available to residents.

A year ago the city council decided that medical marijuana dispensaries were not a good fit for Indio. But that was before it was decided that local municipalities had jurisdiction over the location of dispensaries. The council can, and may, eventually revisit the issue.

For Mayor Holmes the hardest thing is to be patient. “The city has a process and we want to make sure everyone is engaged. It’s important to get the public behind the process,” said the Mayor. “We want what’s best for the city. We want to create a better place for families and businesses.”

Both Mayor Holmes and Donaldson would agree that they work for a great city. Based on their big smiles and positive attitudes, they love what they do and enjoy making Indio their priority. For the next six months these two women will continue to be an effective duo for Indio with the help of their capable and dedicated colleagues.

Incorporated in 1930, Indio is the oldest city in the CV. It is a city focused on building its future. In a city where the Woman’s Club has been an active service organization for over 100 years, it is not surprising that two of Indio’s most important positions are filled by women. 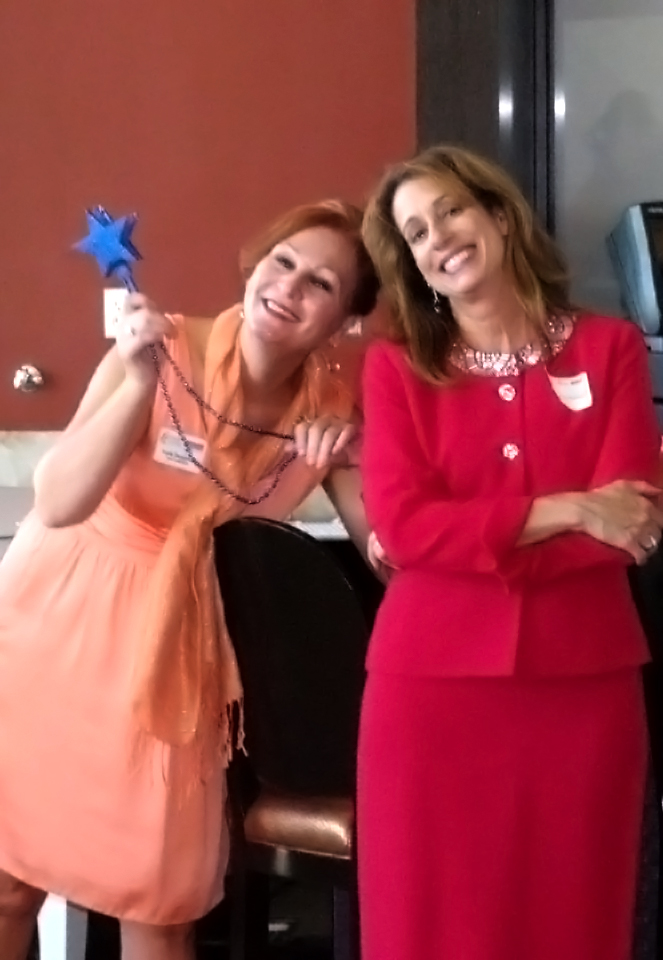 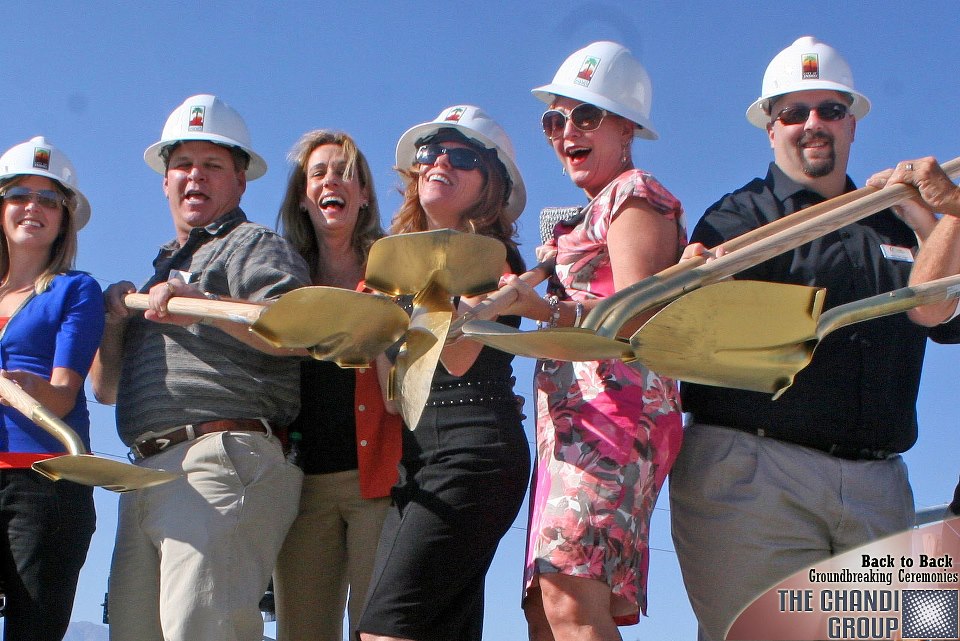