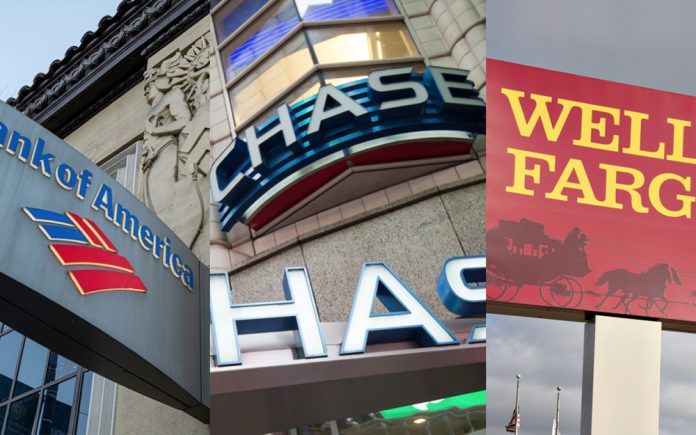 According to the FDIC, nineteen banks with local branches held $10.7 billion in deposits as of the last deposit report for the fiscal year ending June 30th.  This count excludes deposits in the branches of brokerage firms like Schwab, Merrill Lynch or Morgan Stanley.

Despite rampant predatory practices that led to the ousting of numerous managers and employees across the franchise, Wells Fargo remains the largest depository institution in the Coachella Valley with $2.2 billion in deposits via its sixteen local offices.  The La Quinta location holds the most deposits at $305 million with their newest branch in Cathedral City having the lowest balances with $44 million in deposits.

Bank of America is second largest with $2 billion in deposits across its twelve branch offices.  The El Paseo branch had the most deposits at $297 million followed closely by their historic branch in Palm Springs at $246 million and the La Quinta branch near the corner of Highway 111 and Washington at $242 million.  The Ramon branch in Palm Springs was its smallest at $92 million.

It was a little more than fifteen years ago that Chase Bank entered the Valley through the acquisition of failed banks like Washington Mutual.  That ragtag network of branches has been transformed over time into the third largest banking franchise in the Coachella Valley at $1.8 billion in deposits across ten offices.  The Chase branch on Palm Canyon is Palm Springs has $331 million followed closely by the Palm Desert branch at $313 million.  The smallest branch is on Varner Road in Thousand Palms at $67 million.

US Bank is fourth in deposits at $650 million across its eight offices.  This bank was one of the more reliable lenders to local businesses during the first round of PPP loans during the pandemic.  The largest branch is in La Quinta at $181 million with the smallest at only $30 million on Jackson in Indio.

These four banks hold two-thirds of all bank deposits in the Coachella Valley.

FirstBank may only have four branches, but they rank fifth amongst all banks serving our community with $615 million.  The branch near the corner of Highway 111 and Monterey is their largest at $269 million with Indio being the smallest at $50 million.

Mechanics Bank is largely made of the old Rabobank.  This bank is branch heavy and deposit light with $316 million in deposits across its five branches.  The branch on Cook is their largest at $100 million with $40 million Palm Springs being their smallest.

Rounding out the top ten is Citibank with $307 million in its two branches.

The BNP Paribas Open at Indian Wells is named after the French bank that owns Bank of the West.  BNP Paribas has agreed to sell their US banking operations to Bank of Montreal which operates as BMO Harris Bank in the United States.  With only $40 million in deposits in Indian Wells, we will have to see if BMO keeps the presence in the desert.

Similarly, BBVA/Compass Bank has been sold to PNC Bank.  This brings this Pennsylvania-based bank to California for the first time.  BBVA has four branches and $171 million in deposits.  I would expect PNC to beef up the weak deposit bases of these branches.