Over the past five months, 20 local musical acts of varying genres met up at The Hood Bar and Pizza in Palm Desert to battle it out for the chance at one of five coveted spots for the final showdown, the winners of which will be the recipients of a prize-package that contains the sort of loot that would make most any up and coming musicians drool with ambitious desire. As a die-hard cheerleader and proud member of the Coachella Valley’s music community…a community which truly is unlike any other… it has been an honor and a thrill to witness my peers compete round after round, all the while displaying honor and class. Not a one of them refrained themselves from leaving their hearts on the stage for everyone to behold, yet they still showed support for their fellow competitors.

This Saturday, May 7th, at the always fantastic Hard Rock Hotel in Palm Springs, the finalists will take the stage for the final prize-package that includes, among other goodies, $1000 cash, a recording consult with music producer Esjay Jones, a sweet title and obvious bragging rights associated with being crowned the winners of the first Coachella Valley Music Showcase. Finalists will more than likely take into consideration the notes and constructive criticism given to them in preliminary rounds by the various panels of judges that were enlisted including experts in the entertainment industry and pillars of the Coachella Valley music scene such as popular venue owners, producers and local music icons.

It will no doubt be an epic showdown this weekend. I for one am at the edge of my seat with anticipation. In preparation for such an event, I present to you, my precious party-people…the official CV Music Showcase re-cap. These were the articles that were written in CV Weekly about each band after their preliminary win. 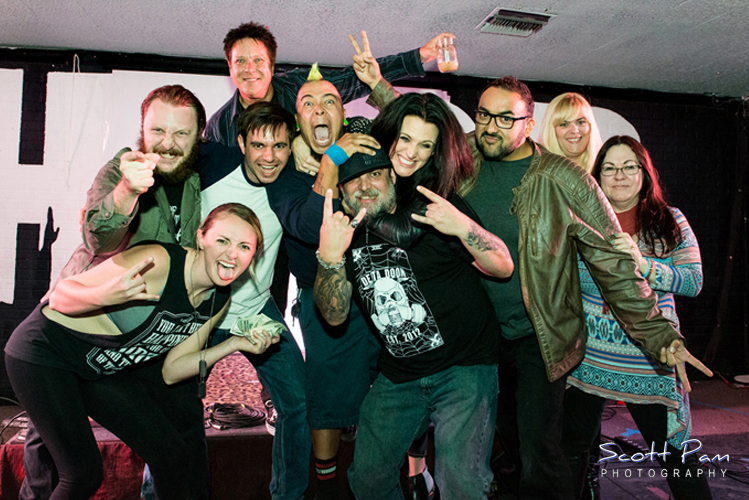 “THIS BAND! What more can I say about this band that has not already been written?  A family affair… an absolutely incredible, contagiously electric, beautiful family affair on and off the stage, THIS BAND ultimately and deservedly, won the event and moves on to the finals.  THIS BAND blew my mind a year ago; this night, they incinerated it.  The first thing that came over all who watched, like an unexpected tsunami, was the magic of their pure joy.  It flooded from the stage and into the venue the minute they began to play.  Bridger is what happens when love, inspiration, character, work ethic, raw talent and purpose come together in their purest forms.  They were created to do this and they did so brilliantly.  It would be hard to fathom them getting any better, but knowing them, they will continue to strive to better themselves. THIS BAND truly deserves the large arena.  THIS BAND renewed the sense of awe in power punk, rock and roll in all of us. THIS BAND, simply put, RAWKED!” 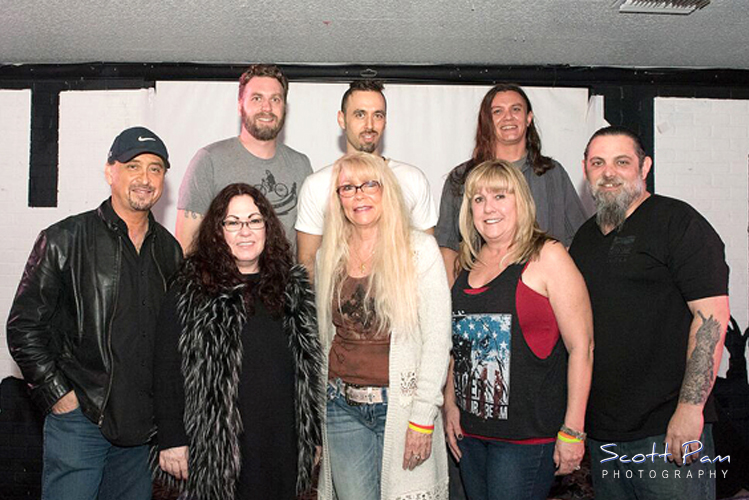 As deserving as every competitor was, only one act could claim the coveted spot in the finals and that was Palm Springs based band, Wicked Jed. The trio consisting of Jared Engelmier, Evan Smith and Daniel Hagerty has been together since 2012 and they scored their victory by impressing the judges with their solid musicianship, marketable sound, and a clear chemistry with one another that made Wicked Jed seem to be very comfortable while performing. They displayed a great fusion of sounds that make them great representatives of the “desert/stoner rock genre….all the while putting out a unique flair that sets them apart. These guys are coming into this competition with the gloves off and I am looking forward to seeing what they will bring to the final table. 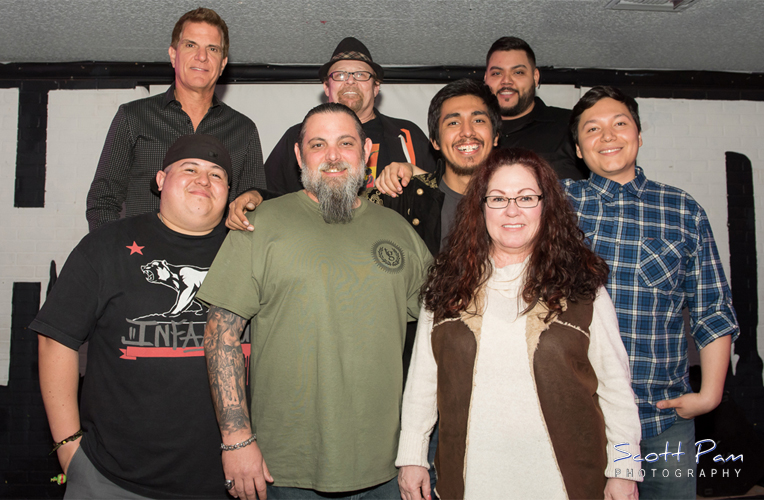 Juan Espino emitted a great energy even during his sound check. This young artist is immediately engaging. The first part of their set was full on Hip Hop/R&B with some tracks underlining a fantastic drummer and bass player while Espino rapped, danced and pulled out his guitar briefly.  His lyrics were passionate as was his delivery.  He’s no Bruno Mars in the “moves” category, and I hope he never lets himself worry about that; I wouldn’t want him to lose one single ounce of his performance’s authenticity, something that is clearly his voice and all about the music.  It was only clear that this format (Hip Hop and R&B) was a bit new to Espino and his band when they absolutely cut loose on their last song.  My jaw about hit the table when this kid unreservedly unleashed his mad virtuoso rock and roll guitar skills.  The bass and drums were equally on fire.  I very much look forward to watching the fusion of this artist’s dual voices.  Espino is clearly put in this world to create and you will definitely want to be there to watch it happen. 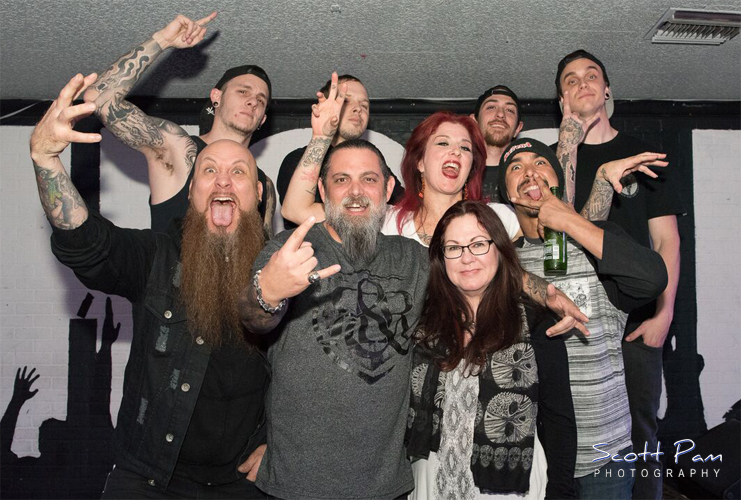 One of the things that sets Murkocet apart from the rest of the bands is the fact that the majority of the band members hail from their home-base in Chandler, Az. with the exception of frontman and desert resident, Richie Jano. For that reason, Murkocet may be sort of the odd-man out in this competition but the “hard-driving metal band” is without a doubt more than aware of that fact and are surely ready to use the elements of novelty and mystery to their ultimate advantage. 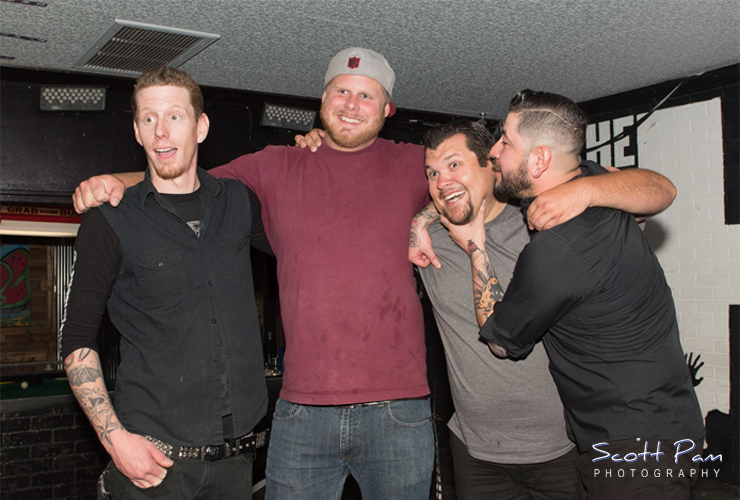 Made up of members of multiple bands that previously existed in the desert, Monreaux is a labor of love that has come a long way in a relatively short amount of time. Monreaux frontman, Giorg Tierez: “We were stunned at the results, being such a new band with an even newer lead guitar joining recently…shocked even!  It was a night filled with great talent in four different styles of music.  We were just happy to perform in front of our friends and to share the stage with our peers.  Nonetheless, we are thrilled with the outcome and look forward to the finals at the Hard Rock!”’