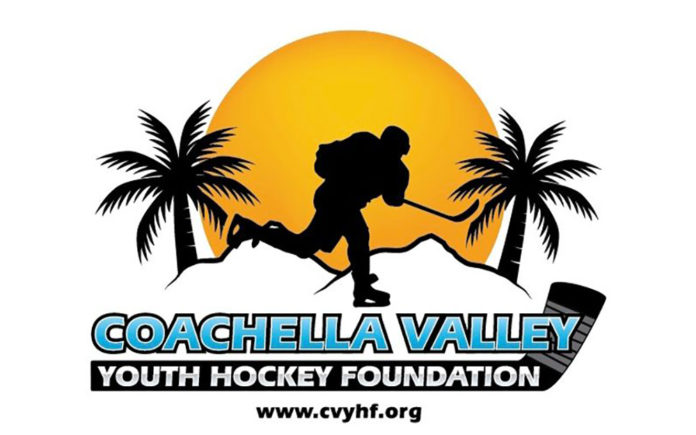 The Coachella Valley Youth Hockey Foundation, founded in March of last year, is a new local nonprofit organization that aims to provide resources to local hockey players and teams.

“We are a group of moms… who got together to try and help fundraise to make iced hockey more accessible to young players in the desert,” says Katie Evans, president of the organization. “Hockey, unfortunately, is a really expensive sport and so we’ve had some families who have been unable to play or have been limited in their ability to have their child play and so we got together to try and make an effort so that more kids would have the opportunity.” 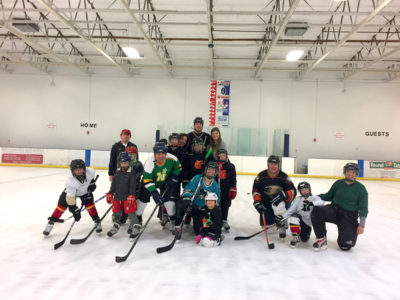 The founders of the foundation saw a need in the community while attending their own children’s games and seeing that there was a lack of resources for players who couldn’t afford equipment. “All of us who are involved have kids who are playing hockey. There are organizations out there supporting other team sports, which are wonderful, but we focus in on hockey because we felt like there wasn’t anything there that fits with that sport… we could see firsthand… kids who come… and can’t go any further because.. it’s really expensive and it’s also really time consuming… there’s a lot of travel involved, the gear is expensive. It was really just an effort to try and make it more accessible for families.” Evans says.

The organization not only supports individuals in need of funds or gear, but they also support local teams that need resources to get to competitions or increase accessibility. “We support whatever need there is… we helped all three teams cover the cost of some of the travel tournaments they went to… we have the in-house program, so we just offered up a scholarship… in case there’s a kid out there who wants to try the learn to play program and they can’t afford it,” Evans explains. “We also have a gear store… people are donating used gear to us and then we’re selling it at a very reduced cost so then it’s easier for kids to get the gear that they need to be able to play… of course we also have a disclaimer on our website… if you still can’t afford to play, contact us and we’ll work with you to try to get you the gear that you need. And that effort serves two purposes; it is a little bit of a fundraiser for us because it helps us generate a little bit of money that we can use for scholarships and things like that, but also it helps kids who can’t afford gear.”

The response from the community has been really positive for them. “We’re getting a lot of donations… people who played for years just have all this stuff in their garage and they were more than happy to hand it over to the foundation and happy to see other kids get to use it… we’ve been able to get a lot of kids geared up with it,” Evans says. In addition to that, local businesses are acting as sponsors and hosting fundraisers and Coachella Valley Youth Hockey Foundation is registered with both Amazon Smile and Ralphs Community Rewards.

Evans believe that playing hockey can have a positive impact on kids, saying “My son decided that he wanted to play hockey when he was five. He was extremely eager to get that started and from the minute he hit the ice he fell in love and never looked back. He’s ten this year and he’s obviously come a very long way from being such a little guy on the team but I think that the reason that… all of us came together to do what we did is because all four of us have kids who play hockey and… we really just want other people to be able to have that experience. Hockey, for my son, has been a great way to learn about discipline, learn about hard work, make new friends… it’s something we’ve done together as a family… it’s really helped him grow as an individual.” For those who are interested in getting their kids involved in hockey, Desert Ice Castle hosts regular Pick Up Hockey sessions for $15.

For more information about how to donate, receiving assistance, where to see a Desert Blaze or Palm Springs United Rams game, or to play hockey at Desert Ice Castle, visit coachellavalleyyouthhockeyfoundation.org.