Most theaters are closed temporarily or limiting the number of viewers per showing. Contact the theater for more information.  More info as it becomes available will appear on this page. 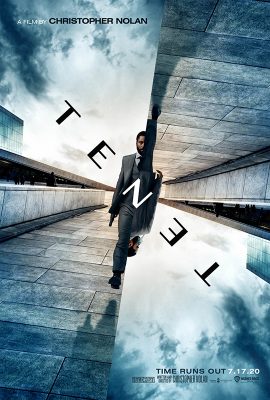 Cloaked in secrecy, like all his films prior to release, Christopher Nolan’s enigmatic and confusing TENET trailer, available online, doesn’t really offer much plot information.  And that’s how it should be.  Seeing a new film without any prior knowledge except genre is often the best way to enjoy it.

One unnamed character in the trailer played by Kenneth Branagh says, “All I have for you is one word.  Tenet.”  But is that really any help?

What is known about Nolan’s $200 million film is that the buzz suggests it’s a new breed of genre-bending action thriller – an espionage type story — that takes place in that very thin space between the living and the dead.  Apparently in this new plane of existence, the characters – who all experience time and space differently — are working to prevent something worse than a nuclear apocalypse!

Nolan’s forte are stories that challenge our understanding of reality and perhaps existence itself (think of 2010’s Inception and 2014’s Interstellar).  Nolan has staked out territory that once belonged to Stanley Kubrick.

THE ONE AND ONLY IVAN (August 21 Disney+) 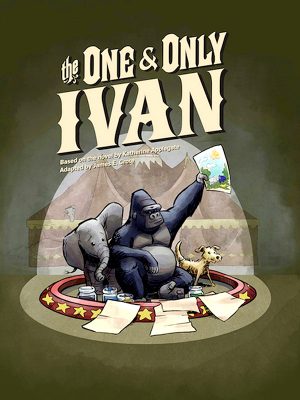 Based on the novel of the same name by Katherine Applegate, the movie (and book) tells the kind of true story of Ivan, a western lowland gorilla who spent most of his life in an enclosure at the B&I Shopping Center in Tacoma, Washington.

Although the plot is mostly fictional, it might be more appropriate to say the premise of the tale is inspired by the true story, rather than totally based on it. The novel’s mall name is changed to the “Exit 8 Big Top Mall and Video Arcade.”

The gorilla lives with an old elephant named Stella with whom he shares a close bond. He’s also friends with Bob, a dog who lives with them.  Mack, the owner of the mall, owns the three.

Despite living in confinement, Ivan seems to enjoy his life and passes time by pondering over art, the taste of mangoes and the sound of leaves. However, his sheltered world-view gets shaken up when Ruby, an abused baby elephant is brought to live with them.

Having been abused during her childhood, Ruby carries the weight of her past wounds with her, both literally and figuratively. As she starts to grow under the care of Stella, Ivan begins to take care of her as well. Soon, his opinion of the mall as his home starts to change and with the help of Julia, the janitor’s daughter, Ivan starts to turn things around in hope for a better life for him and Ruby.

This lovely film is a CGI/live-action hybrid with actors playing human characters, and others lending their voices to the non-human, animated ones.  It features a star-studded cast, as one would expect from a big-budget, Disney movie.

The studio just announced that the heartwarming adventure, adapted from the bestselling, award-winning book about one very special gorilla directed by Thea Sharrock will premier August 21 exclusively on Disney+.

The movie, previously set to be released theatrically by Disney, is a memorable and captivating fable about the beauty of friendship, the power of visualization and the significance of the place one calls home.  Strongest recommendation.  This is just what we need in this troubling time of loss, loneliness and isolation.