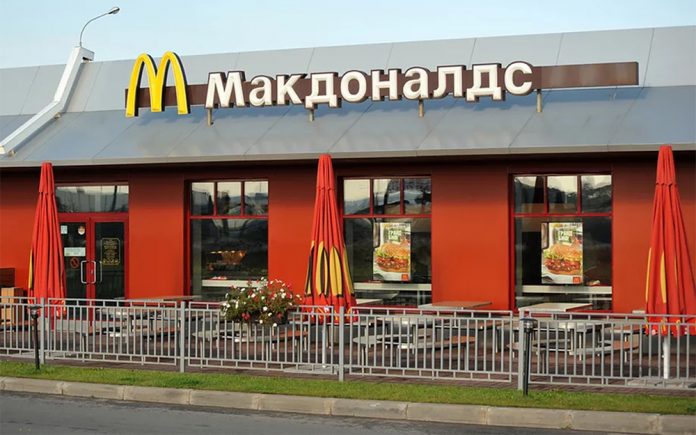 Will history judge Putin’s incursion into the Ukraine as a difficult but necessary move for Russia in defending its borders from the West, personal freedoms and democracy?  Or could it be the beginning of the end to at least one more autocracy?  Either way, the quiet détente that has existed between the West and Russia seems permanently altered so long as Putin leads the Russian nation.

In addition to world condemnation, companies like Apple, Dell, Microsoft, Google, Nike, Mercedes Benz, Disney, Ford, Toyota, Honda, Volkswagen and Ikea have stopped all sales in Russia in response to the Ukrainian invasion.  Electronic Arts, the software company responsible for Battlefield, Madden, Sims and FiFA have pulled out of the market.  Chanel and Hermes have stopped exports to Russia.  Visa and MasterCard have stopped supporting Russian transactions.  This swift action by the West along with Russia’s ban from the SWIFT banking system leaves Russians on an island inhabited by some of the world’s greatest despots.

Even Meta aka Facebook is banning Russia deception from its platform.

Some companies with significant operations in Russia have remained fairly quiet and continue operations.

Russia is Pepsi’s third largest market with $3 billion in sales.  Globally, Pepsi sales total $79 billion.  For comparison, Coca-Cola has only $200 million of its $37 billion sales from Russia.

McDonald’s is facing challenges from both fronts – Russians who will boycott their 635 locations in the country and global boycotts amongst its 38,400+ other restaurants as the chain remains in Russia.

Procter & Gamble, the makers of products like Tide, Pampers, Head & Shoulders, Pantene and Always employs more than 2,000 people and have invested over $250 million in its operations in the country and donated millions to its community.  P&G remains silent.

Bunge is one of the world’s largest agricultural commodity companies.  10% of its $1.2 billion in annual sales come from Russia.  Cargill is a private company with 2,500 employees in Russia and is one of the countries’ largest agro-processors.  Both companies state that they are watching the situation carefully yet continue to operate in Russia.

Citibank has the largest operations in Russia of any US bank with nearly $10 billion of the banks’ $2.3 trillion in assets.  Reuters reports that Italian and French banks have the largest exposure at $25 billion each with Austrian banks holding $17.5 billion.  Outside of Citibank, US banks have $4.7 billion in exposure.  Societe Generale and ING are two of the better-known banks with exposure.

BP, ExxonMobil and Shell are walking away from their oil and gas interests in Russia and will lose billions in return.  France’s Total remains involved in Russia. With as much as 20% of Total revenues from Russian operations along with the need for Russian oil in the Eurozone, this company is taking a more economically balanced if politically unpopular position for now.  Total’s position is similar to President Biden who wants to continue to allow Russian imports even though Russian oil is only 3% of U.S. oil consumption.  Biden’s stance seems due to his concerns over inflation.  If oil price increases stay too high for too long, the cost of energy will cause high prices to go even higher.  With mid-term elections coming and Democrats likely to lose control of the House and Senate come November, only a naïve person would think that November has nothing to do with the unpopular stance.  While the U.S. economy went into this global conflict with one of the strongest economies in the world, $6/gallon gas will put the US economy into reverse quickly if high prices continue for too long. 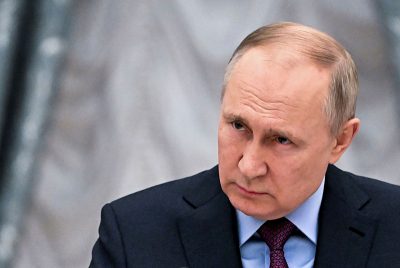 While Russia the nation went into this aggression in a strong financial position, its people could were not ready for the economic problems coming due to the world’s repudiation of Putin’s aggression.  Unless Russia finds some path toward controlling its aggressions that placates the West, the Russian economy will face a deep depression.

By overplaying his hand and attempting to fear the Ukraine people and the world into his view of its proper order, Putin has done about the only thing that you can do to bring the West together – threaten our peaceful existence, however challenged it may be.