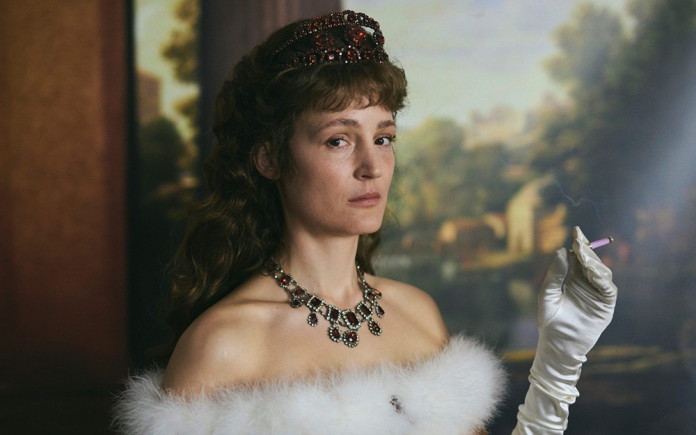 This year’s Palm Springs International Film Festival features Corsage (2022), directed by Marie Kreutzer. The charismatic Vicky Krieps (Phantom Thread) offers a boldly mischievous performance as the middle-aged “Sissi” in this fiery, revisionist history of Empress Elisabeth of Austria, a woman once idolized for her beauty and renowned for inspiring fashion and exercise trends.

With the title of the film actually being the untranslated French and German word meaning “corset”—the focus on that dreaded piece of outdated, restrictive clothing alone gives an indication of the film’s take on the stuffiness of 19th century bourgeoisie. Corsage is a skewed biopic of Elisabeth, Empress of Austria during the late 1800s. The film is the latest in a growing lineage of period dramas focused on the ornamentation of aristocracy and the uneasy, bored psychology lurking beneath it. This is a period film that takes a modern approach towards its protagonist’s defiance, liberation & deterioration by replacing etiquette with attitude. 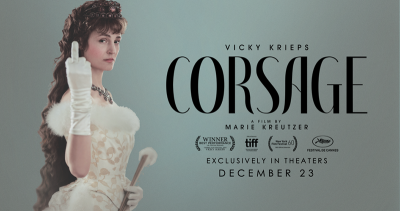 The film is an experiment of aesthetic and character that, like Spencer and The Favourite, is more about the role itself, and the emotional and social strain of occupying, maintaining, and adhering to it. Krieps’ embodiment is punky and rebellious, but her resistance only makes the piece feel more doomed, and between those two truths is where the film delivers its most substantive ideas. You can ride free and hard, but only as far as the trail takes you, you’re only as wild as stables allow you to be. You may have the position, but that doesn’t mean you have the power. 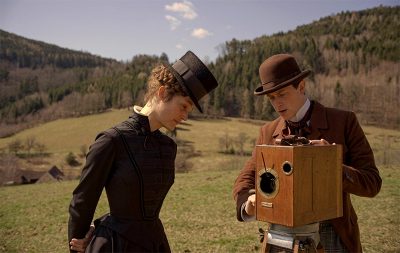 Kreutzer opts towards a more muted approach to her subject’s life, painting the messy portrait of from her interactions with those in her immediate vicinity. The major moments in this character’s life that Kreutzer refrains from showing would actually serve as a solid basis for a standardized tragedy, so the director’s decision to veer from convention and show Elisabeth’s person on a more intimate scale is a commendable challenge. 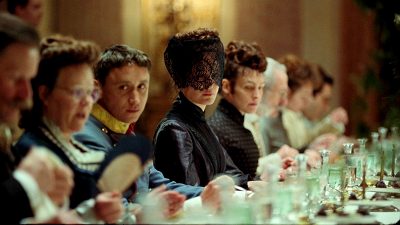 Corsage is part biopic, but the biography is rough around the edges and cannot possibly be completely true. So, it can be interpreted that this is Marie Kreutzer’s screenplay on the fantasy of how she perceived Elizabeth of Austria’s life. It is polished visually and in broad scope. The costumes, on location sites, cinema within cinema (with scenes focuses on the first film cameras and footage), Krieps’ acting, and the score by Camille gel into a fine visual piece that is easy on the eyes and ears.

Vicky Krieps is a highly talented actress that is underrated, but has showcased her talents in films like Anonymous, Bergman Island, Old, The Chambermaid Lynn, The Young Karl Marx, The Last Vermeer, The Girl in the Spider’s Web, and Hanna. She can express a great deal with subtle body movements. Her eyes speak volumes, and the aloof distain and forlornness she brings to the screen is potent with realism.

Corsage succeeds due to Vicky Krieps portrayal of Elizabeth of Austria and Kreutzer’s screenplay, and it is highly recommended due to the visual feast of feminine rebellion in a macho world. I was previously unaware that there is a great deal of film content regarding Sissi, but this is an empowering surreal take on her life. The feature stands as a director manifesting their dreams from a screenplay about an archetypal Empress who, in reality, died from assassination wounds. However, this film only covers one year (1877 to 1878) in Sissi’s life.