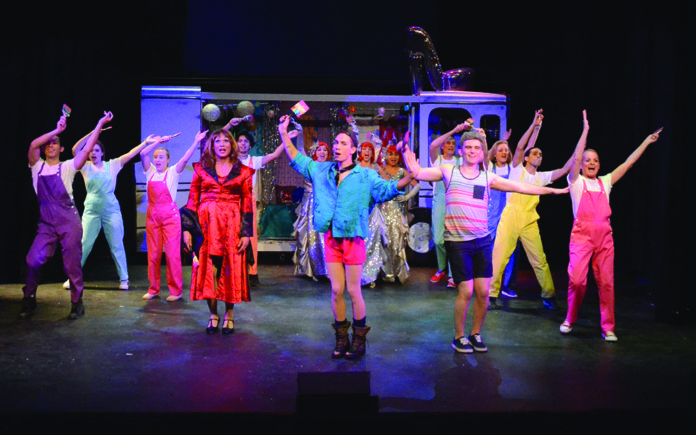 The Palm Canyon Theatre has extended the run of Priscilla Queen of the Desert! Before the cult favorite even opened in Palm Springs, four shows were sold out, so additional dates were added – November 17, 18 and 19. The show is now running for four weeks: October 27-November 19.

Based on the 1994 hit movie, The Adventures of Priscilla:  Queen of the Desert, the musical is the heartwarming adventure of three friends, who agree to take their drag show to the middle of the Australian outback. They hop aboard an old tour bus they name “Priscilla,” each searching for something they may not even realize. 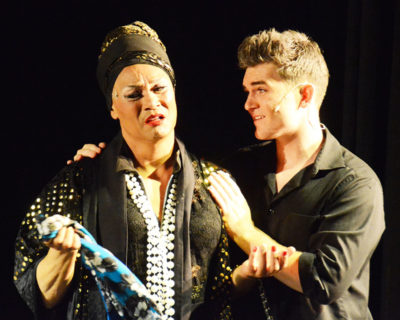 The adventures begin when Anthony “Tick” Belrose (A.K.A. Mitzi Mitosis), played by Nicholas Sloan, receives a call from his wife, Marion. The two are separated, on the account of his homosexuality. However, Marion advises Tick that it’s time he meets his 8-year-old son. Without revealing the real purpose of the trip to a resort in Alice Springs, Tick asks two friends to join him. Bernadette Bassinger, played by Ron Coronado, is a transgender woman who, in her younger years, was a popular performer in Paris. Adam Whitely (A.K.A. Felicia Jollygoodfellow), played by Anthony Nannini, is a drag queen with an over-the-top style, which Bernadette finds irritating. Nannini is also the show’s choreographer. Scott Smith is directing.

The show features popular songs including “It’s Raining Men,” “I Will Survive,” “Hot Stuff,” “Finally,” “Boogie Wonderland,” “Go West,” “Girls Just Wanna Have Fun,” “I Love The Nightlife,” and many more. The lead actors perform some songs, others are belted out by dynamic “Divas,” Allegra Angelo, Sarah Hagar-Cox and Amber Mora, while in popular drag queen fashion, the men lip synch. Steven Smith is the show’s musical director, who will lead the show with a live trio. 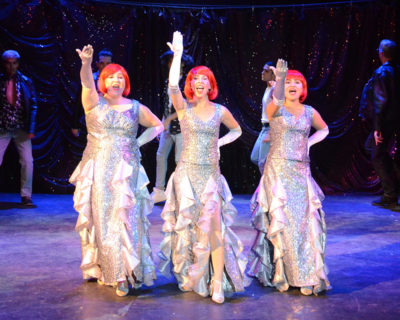 Priscilla Queen of the Desert debuted on Broadway in 2011, where it won the Tony Award for Best Costume Design. These iconic designs are being recreated – with personal touches – by PCT’s resident costumer Derik Shopinski along with Mat Tucker.

Designer Allan Jensen is creating “Priscilla,” a 16-foot bus that will move, spin and light up, along with other elements of the show’s vibrant set. Lighting designs are by J.W. Layne, co-artistic director of PCT, who will utilize a new lighting system this season, courtesy of the H.N. and Frances C. Berger Foundation. Also new: two air conditioning units, purchased with funds raised through a recent Go Fund Me campaign and installed by Blair Heating and Air.

Priscilla Queen of the Desert opens at the Palm Canyon Theatre on Friday, October 27, and runs through Sunday, November 19. Show times are 8 p.m. on Fridays and Saturdays, and 7 p.m. on Thursdays. Sunday matinees start at 2 p.m. Tickets are $32-$36.