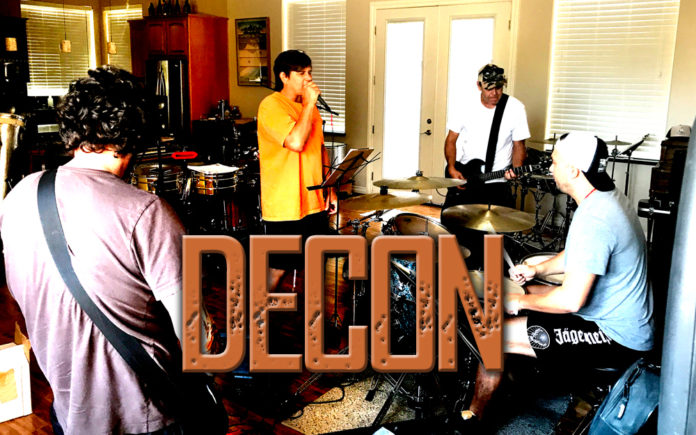 Coachella Valley Weekly: Can you tell me about the formation of Decon? 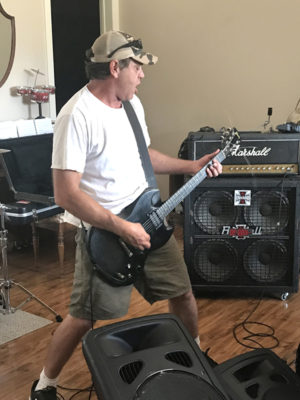 Brian Maloney: “I forgot what year it was… ’94 I think. Brant and I started jamming together and wrote about 7 songs really fast and about ten days later, we enlisted Billy (Cordell). Three days after that we had about ten songs. About a week after that Herb (Lienau) joined the band. We formed really quick and got rolling really fast. We had a lot of momentum going and recorded a CD in 6 months. We were touring California in about 7 months. We were rolling pretty quick and we kinda went out pretty quick too. Kinda like a meteorite or something.”

CVW: You guys obviously knew each other from before Decon right?

Brian: “Yeah. Billy and I are kind of related. He’s my wife’s cousin and he worked for me for almost 10 years. We were best friends. Billy and Rob were playing together since they were maybe 10 years old? Maybe 13 or 14?” 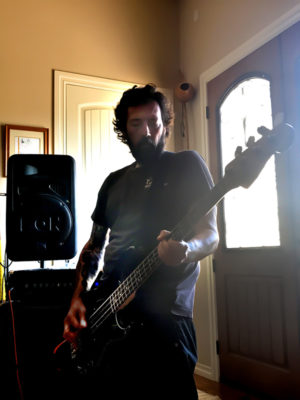 Brian: “I’ve known Herb since I was a freshman in high school. He was in a band at the time called Dead Issue. They are one of the all-time best and one of the first punk bands from the Valley. They were playing their original music, and there wasn’t a whole lot of that going on at the time. I was fortunate enough to hang out in that scene with him. He took me under his wing a little bit. He was the first guy who was cool with me in high school. He actually took me to my first punk show in L.A. in 1982.”

CVW: What happened when you guys flamed out? What projects did you move on to?

Brian: “I haven’t done anything really since then. I’ve played with a few bands sitting in on a song every once in a while.”

Brian: “Yeah, I play with Unsound every once in a while still.”

Herb: “After Decon, there was the Del Padres, Indignation was maybe after Decon, Half Astro, and my current solo thing Herbert.”

Billy: “Half Astro, Yawning Man, The Whizards… I got to tour with Kyuss Lives and I think that’s pretty much it.”

CVW: Rob, I know you’re not part of the original Decon lineup, but what projects have you been a part of? The list may be long. You’ve been a part of a ton of bands out here. What are some of your highlights in the past 20 years?

Rob: “Yeah, I’ve been a part of Decon since last October. The Sherpas were fucking cool. The [Sort Of] Quartet was right before Decon started. It’s hard to say man… There were a lot of things I was a part of. One I’ve been really excited about in the last few years was Machin’. That was a really cool project. We got a lot of people movin’ and dancin’. Machin’ is moving very slowly at this point.”

CVW: When you guys decided it was time to get back together at The Hellions LP release show, how did you decide to bring Rob on board? 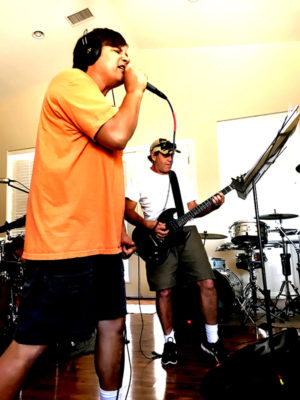 Herb: “We narrowed it down to a list of about 10 drummers… Nah, Rob and I were jamming together with Herbert trying to work on something, and then the idea came up for Decon to play and I was like, ’how about Rob?’ Brian thought it was a good idea. We’d been talking about getting back together for like 15 years. Brant (Bjork, the original Decon drummer) has been way too busy with touring or recording. Everybody has wanted to get back together at one point, but it’s never been able to mesh. We’re not getting any younger, and nobody is getting any less busy…”

Brian: “It’s tough with Brant being super busy and living out of town. He just doesn’t have the time to do it, so we brought Rob on board with Brant’s blessing. Once we told Brant it was Rob we were thinking about, he was cool with it.”

CVW: Was it just like old times? Did you fall right back into it, or were there struggles?

Billy: “There are still struggles!” 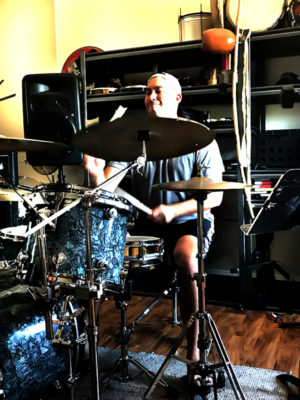 Brian: “There’s a couple of songs that we used to play regularly that we don’t have recordings of that we don’t remember at all, but the songs we have on CD are easy to remember and figure out.”

CVW: Was it pretty seamless having Rob come on board?

Brian: “Oh yeah. He easily goes from hardcore punk to reggae and jazz.”

Catch Decon at Pappy & Harriet’s this Saturday, August 12 as this is a show not to be missed. Think of it as a birthday celebration, family reunion, and high school reunion all rolled in to one kick ass show!