“Earth’s final plague will unmask us all.”

The movie follows Meadow as she gets a lift from a stranger.  When she sees that the driver is gruesomely infected (good practical effects here).

She escapes and takes refuge in a cabin that may be abandoned (emphasis on ‘may’).

The apocalypse started days earlier when an evil and apparently intelligent spore, long dormant beneath an ancient ice field, was awakened by global warming (no, it’s not a hoax).

Now, as ten strangers attempt to evade the fast spreading madness, some must succumb to the hideously mutating spore and claim the survivors as their bitter prey! 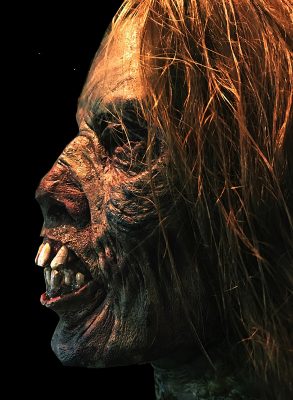 It’s not hard to suspend disbelief from the unsettling tag line: ”It wants to consume us all.”  The same words were said to me by an infectious disease doctor re Covid-19’s trajectory.  He said: “It won’t be over until everyone is infected!

In the movie, director D.M. Cunningham’s directorial debut, the lives of ten strangers intersect through a terrifying chain of events as a mutating fungus begins to spread through a small town wiping out everyone that comes in contact with it.

Extras include an interesting filmmaker’s commentary and a featurette: ‘Random Acts of Filmmaking.  DVD.  Lionsgate.

What are you watching?  I want to know.  robin@coachellavalleyweekly.com