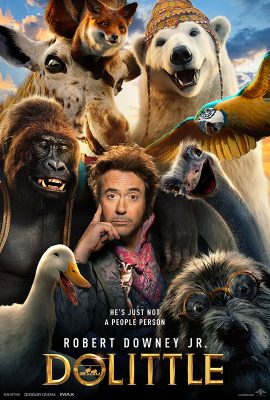 Talking animals have been a part of our collective story legacy for thousands of years going back to that wily serpent who beguiled Eve in the Garden of Eden.

At least four iterations of Hugh Lofting’s classic children’s tale have found their way to the big and small screen since 1967’s bomb starring Rex Harrison (it pretty much ended his acting career and almost bankrupted 2th Century Fox).  The making of that film could be a memorable movie about the follies of unchecked ambition.  A giraffe Harrison rode died and the production’s construction of a dam to enlarge a lake was nearly blown up by an environmental activist.  On top of that, the merchandising – over $200 worth — from talking animal dolls to pet food went unsold.

Many film fans remember the 1998 hit comedy starring Eddie Murphy as Dolittle.  And then there was the 2006 direct-to-video reboot with a female Dolittle.

The latest version of the ongoing Dolittle screen saga, written and directed by Stephen Gaghan, stars Robert Downey Jr. as the widowed, eccentric Dr. John Dolittle going on a quest to a mythical island to find a cure for the ailing, young Queen Victoria.  Along the way, he crosses paths with old enemies and discovers awesome creatures as well as his own lost wit and courage. 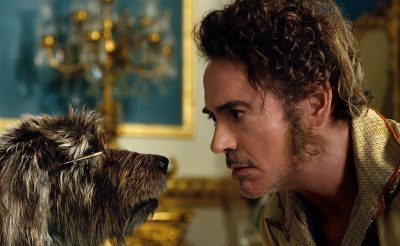 Sad to say, this new version with all its striking CGI technology is a muddle mess.  There’s way too much chaos and not nearly enough story to engage even the youngest viewers , let alone their adult  guardians.  It’s hard to know just who is the intended target audience — toddlers and their designated nannies?

At it’s heart, the movie means well, but the silly slapstick and cheap humor only emphasize the fact that if you’re going to talk to animals, it helps to have something meaningful to say.

The only thing missing in this expensive fiasco is Johnny Depp in his trademark whiteface makeup. 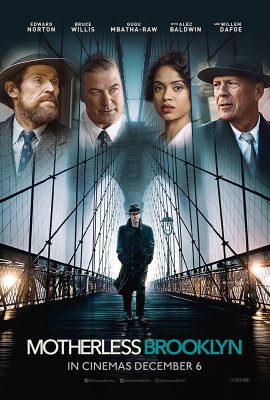 Inspired by Jonathan Lethem’s novel of the same name, writer, star and director Edward Norton transposes Lethem’s contemporary characters into a different period and plot and gives it a distinctive atmosphere by re-setting the drama in the 1950s – a time of great change in New York City.

Edward Norton plays Lionel Essrog, a lonely private detective living with Tourette Syndrome, ventures to solve the murder of his mentor and only friend, Frank Minna (Bruce Willis), armed only with a few clues and the engine of his obsessive mind, Lionel unravels closely guarded secrets that hold the fate of New York in the balance.

In a mystery that carries him from gin-soaked jazz  clubs in Harlem to the hard-edged slums of Brooklyn and finally, into the gilded halls of New York’s power brokers, Lionel contends with thugs, corruption and dangerous man in the city to honor his friend and save the woman who might be his own salvation.

If you missed the just-ended PSIFF sold-out screening with Norton hosting a fascinating Q&A,  here’s the opportunity to catch up and enjoy this beautiful and powerful film.  Blu-ray.  Warner Bros. Home Entertainment, Inc. 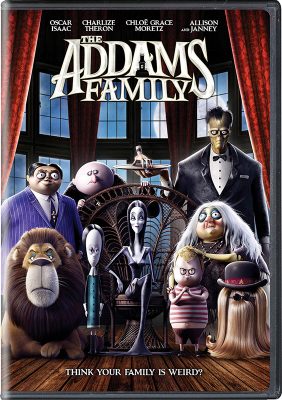 Filled with wildly funny moments, this fresh take on the beloved characters created by Charles Adams celebrates the uniqueness of every family and delivers spooky fun all year long.  MGM/Universal Pictures Home Ent.