No, not the jolly season led by the guy in red and his belly that shakes like a bowl full of jelly—read below for a solution, Santa. We’re referring to the approaching onslaught in our sights of The Season of “Doings,” from luncheons to evening galas which require a whole new change of costume after a morning work-out, golf game, or dentist check-up. From now on through Spring Tra-La, there’s something for everyone to enjoy that is not age-, nor gender-specific. Nor is it ribbon-wrapped to any holiday that sucks the life out of the budget. Some are free, or at least do not require the sale of your first-born, or renting out his basement bedroom to attend. Whether intimate soirees, important fundraisers, private parties, or big fund-raising blow-outs at the best and brightest gathering spots in the desert., you’ll find new friends and want to wear your best, most appropriate bib and tucker, Most dress codes are in the invitation fine print, from luncheon suit, business attire, “Gala glam,” to Black Tie. (BTW, if the invitation says” Black Tie Optional,” don’t believe it.) Expect a tsunami of air kisses tossed in your direction, power-surge hugs and group-gropes worthy of choruses of sweet kumbayas from those who haven’t seen each other for at least three hours. (Virus-Alert. Be careful out there.) From now on, our “Clueless” calendar will concentrate on the best of the best of The Season. Some require RSVP’s ASAP to get in on the action. Curtain up! Let The Season begin! It’s showtime!

Saturday, January 17, 2015, 7:30 AM – last event 2:30 PM. “City of Palm Spring’s Mayor’s Race and Wellness Festival, Healthy Planet, Healthy You Event.” Whew, we’re exhausted and the Season is just warming up. Obviously, she wrote between chic sniffling, we’re just saying…figuratively. Thank you, Mr. Mayor, a primer course on wellness is exactly what we need after a pre-season that ran from Fall’s welcome back, to Thanksgiving to Christmas, Hanukah, Kwanzaa, New Year’s, Happy Harvest, or by any other name given to a celebration of food, glorious food, festivity and frolicking from dawn to dusk and beyond, er, way beyond to the next dawn on the schedule, and beyond that… well, you get the drill, Mr. and Mrs. Bacchanalia. In any case, back to the subject at hand. Join fitness experts Scott Cole and Craig Ramsay for the Festival taking place with walking, running, swimming events at the Wellness Park at Ruth Hardy Park and the Palm Springs Swim Center. Register for all events easily and quickly online at www.active.com or www.racewire.com or www.healthyplanethealthyyoups.com. There. We feel better already.

Sunday, January 18, 2 PM. European Masters Concert by the Coachella Valley Symphony will be at the symphony’s new home, the Helene Galen Performing Arts Center in the Rancho Mirage High School. This season’s novel theme, “Music By Request,” reflects the repertoire suggestions made by CV Symphony audiences as well as selections suggested and played by the symphony musicians. Featured will be Rachmaninoff’s Piano Concerto No. 2 performed by Scott Cuellar, first place winner in the Virginia Waring International Piano Competition. Violinist Alan Busteed, CVSymphony’s guest concert master, will be featured on the Introduction & Rondo Capriccioso by Camille Saint-Saëns. This concert’s Guest Conductor is Vance Reger, principal oboist for the Coachella Valley Symphony.  This afternoon of classical music showcases a menu of favorites, including Mozart’s Divertimento No. 2 in D Major, K.131, and the Polonaise from Tchaikovsky’s opera, Eugene Onegin, with educational snippets interjected by Maestro Reger.  The symphony will also perform Polovtsian Dances by Borodin. Individual ticket prices are $45 (front), $35 (middle), and $25 (rear). Students and active duty military ticket prices are $10.  To purchase tickets either go online to www.hgpac.org or call the HGPAC Box Office (760) 202-6482 ext. 3 or the CVSymphony (760) 360-2222.

Friday and Saturday, January 23 and 24, 7 PM. Two great shows. You’ve recognized every move they made, every song they’ve sung…we’re talking Friday night’s Ladies of Rock & Soul: Aretha Franklin, Whitney Houston, Diana Ross, Donna Summer and The Supremes. And on Saturday night, The Jersey Girls: Connie Francis, Bette Midler, Whitney Houston and Lesley Gore, who can cry on her birthday if she wants to! Have no doubt, they all are uber-divas of the 60’s, 70’s, 80’s, entertaining as only they know how, shaking the rafters with their finest moves, performing vocal calisthenics and answering hot booty-calls on stage from groupies and fanatics of their music in the fan-pit,. They don’t miss a beat in the Celebrity Tribute Concert Series at the Indian Wells Theater, Cal State San B Bernardino’s Palm Desert Campus. While you’re rocking your curls off, ask about this musical series that runs through March, 2015, you don’t want to miss a beat either. The Indian Wells Theater is located at 37-500 Cook St., between Gerald Ford and Frank Sinatra drives. To purchase tickets, call the Indian Wells Theater box office at (760) 341-6909 or for more information, visit the Indian Wells Theater website at www.IWTheater.com. 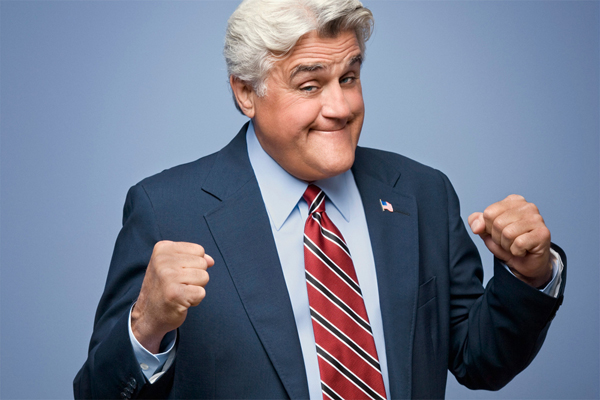 Saturday, January 24, 8 PM. Jay Leno comes to town. Question: Who else could write an autobiography entitled Leading with My Chin? Answer: Only Jay Leno, who will appear at the McCallum Theatre for one night only. Just in case you’ve been living on planet Pluto, the just-retired acclaimed TV late night show host Leno has a history of accomplishments as a stand-up comedian, best-selling children’s book author, corporate speaker, TV and movie voice-over artist, car builder and mechanic, and philanthropist. It’s no wonder that he is called “the hardest working man in show business. Prior to becoming host, Jay had been the exclusive guest host on “The Tonight Show Starring Johnny Carson” since September 1987.  He first appeared as a guest on the show March 2, 1977, and he made numerous appearances on the show, as well as NBC’s former program “Late Night with David Letterman.” It was in May of 1992 when Jay followed in the footsteps of legendary NBC late-night hosts Steve Allen, Jack Paar and Johnny Carson as “Tonight Show” host.  Jay became the ratings leader of late night and never looked back, establishing leadership in all demographic categories. Wow! And we’ve got him for only one night. We’ll take it. Jay Leno has been touted as one of the nicest people in show business and the hardest-working — a winning combo for the man who says “Anyone can have a life – careers are hard to come by!” Tickets are priced at $95, $85, $75 and $55 and are available at the Theatre’s web site at www.mccallumtheatre.com, or by calling the McCallum Theatre box office at (760) 340-ARTS. The McCallum Theatre, located at 73000 Fred Waring Drive, Palm Desert CA 92260, accepts payment by cash, personal check, VISA, MasterCard, Discover and American Express.

Tuesday, January 27, 2015, 11 – 2 PM. The First Annual Fashion Show Luncheon at Melvyn’s Restaurant to benefit SafeHouse of the Desert. Pulling out all the stops, as well as the corks, Mel Haber, will be serving a three-course gourmet luncheon, with complimentary champagne, a silent auction of treasures you won’t be able to live without, and a guest speaker at the legendary Ingleside Inn. The fashion show will feature European designer Oksana, and the Fashion Group International 2014 “Crystal Style Award” recipient, designer Fedor. Entertainment will be provided by Michael Healey and Anna Rose Agno. SafeHouse of the Desert with community support provides Emergency Shelter, Intervention and Outreach Services to Youth in Crisis. Luncheon at Ingleside Inn, 200 Ramon Rd., Palm Springs. Tickets are $65.00. If you have any questions, please contact Mary Battin at 760-567-9421 or Julie Hale at 951-351-4418, or register on the website www.operattionsafehouse,ejoinme.org 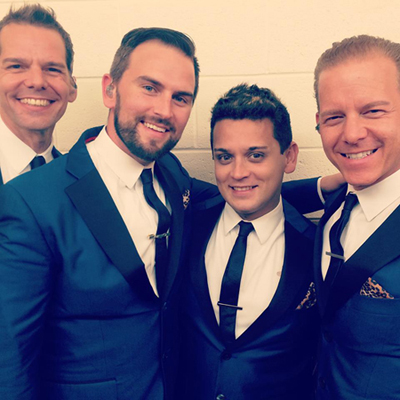 Wednesday, February 4, 8 PM. The Midtown Men took Broadway by storm in one of the biggest hits of all-time. Now on their fifth national tour, they bring their magic to favorite hits from The Beatles, The Rascals, The Turtles, Motown, The Four Seasons, and more. It’s a unique concert experience celebrating the music that defined the ‘60s. Featuring top choreography, vocal performances and onstage chemistry, the production reunites the award-winning original cast of Broadway’s Jersey Boys. In 2012, they released their first radio single, “All Alone on Christmas,” written and produced by rock icon Steven Van Zandt and backed by band mates from Bruce Springsteen’s E Street Band as a fundraiser for the Red Cross after Hurricane Sandy. This performance is presented through the generosity of Wayne Prim. Tickets are priced at $75, $55, $45 and $35 and are available at the Theatre’s web site at www.mccallumtheatre.com, or by calling the McCallum Theatre box office at (760) 340-ARTS. The McCallum Theatre, 73000 Fred Waring Drive, Palm Desert CA, accepts payment by cash, personal check, most major credit cards.