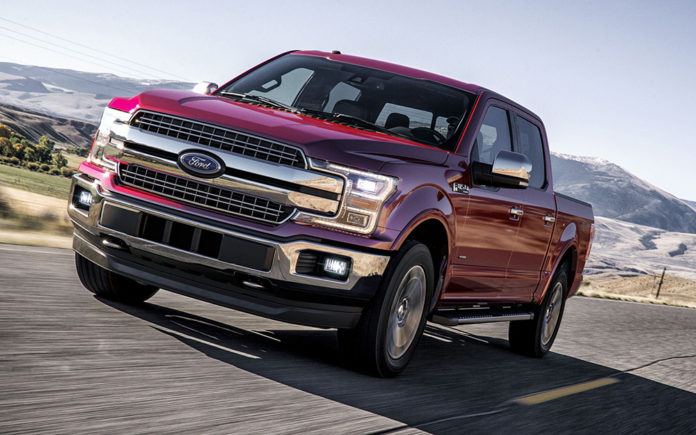 Americans will buy approximately 17 million cars and light trucks this year, 3% below 2016s record levels.   According to Kelley Blue Book, the F-Series truck is the best-selling vehicle in the United States with 680,000 units sold followed by the Chevy Silverado at 424,000 and Dodge Ram Pickup at 375,000 units.

Through September, General Motors sold the most vehicles in the United States at 2.2 million unite.  The Chevy Silverado at 424,000 units was their biggest seller followed by the Equinox, Traverse and Canyon.  Meanwhile, the Corvette, Volt and Bolt are struggling with significantly weaker sales.

Coming in second is Ford with 1.9 million vehicles sold due to the strength of their best-selling F-Series truck (680,000 units sold).  The Escape and Explorer represent other top sellers while the Lincoln Navigator is showing the fastest growth at Ford this year, up 82% to 13,000 units sold.  Sales of the Continental, Fusion and Focus are all off significantly.

At 1.8 million in sales, Toyota ranks third with the RAV4 being their best seller at 320,000 units.  All Lexus vehicles represent 214,000 of units sold which is 50,000 less than either the Camry or Corolla for this car maker.  Highlander and 4Runner sales are doing well while the Lexus ES and Prius are suffering with double digit decreases.

Amongst the top ten auto manufacturers in the United States, Fiat Chrysler saw its sales grow the most, up 6% to four with 1.7 million in sales due to its perennial-workhorse Jeep lineup.  Jeep sales are up nearly 20% from last year to nearly 750,000 sold.  For as good a surprise as the Jeep brand has been, Fiat is the opposite with sales off a disturbing 43%.  Fiat sold only 12,000 cars for the first nine months of 2018.

Falling out of the top five was Nissan with sales down 6% to 1.1 million vehicles.  While the Rogue does well, the Altima as well as the entire Infiniti line are struggling to find a place with car buyers.

While Mercedes may sell more luxury cars than BMW, BMW sold more vehicles at 260,000 versus Mercedes’ 254,000 due to its Mini lineup.

Rival Mercedes meanwhile has seen their sales slip 7%.  Outside of the GLC-class which is the biggest seller at 50,000 (up 54%) or vans, most Mercedes vehicles are struggling to find buyers.

Both BMW and Mercedes should keep an eye out for Audi which saw sales increase by 24% to 167,000 vehicles behind the strength of the Q5 and A5 vehicle lines.

Consumer Reports recently released their annual study of New Vehicle Reliability.  Coming in first was Lexus behind their GS series.  Toyota was second behind the performance of their Prius C followed by Mazda which jumped six places to third behind the strength of their MX-5 Miata.

At the other end of the spectrum was Volvo in last place with its S90.  Cadillac was second to worst behind the ATS while luxury brand Tesla came in third to last due to quality issues with their Model X.

Other notables include BMW in 8th, down 5 places; Porsche in 11th, Mercedes 17th and Jeep 22nd.

Haddon Libby is the Founder and Managing Partner of Winslow Drake Investment Management and can be reached at HLibby@WinslowDrake.com.  For more information, please visit, www.WinslowDrake.com.