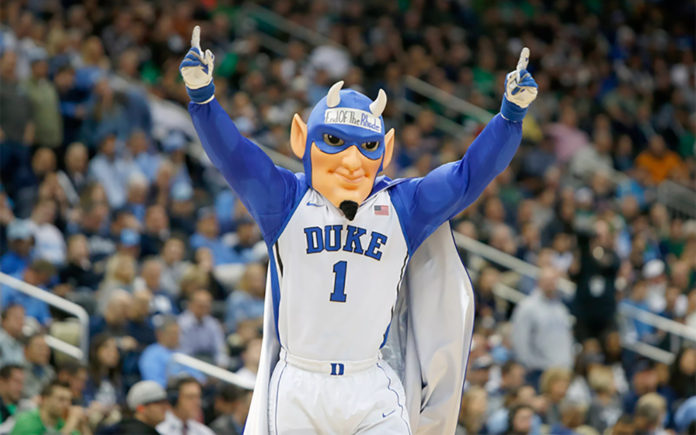 Duke Blue Devils basketball coach Mike Krzyzewski probably won’t spend much time talking about his surgically-replaced knee when reflecting on the 2017-18 season. He certainly won’t be using it as an excuse.

However, when you consider the inexperience he had on his roster and the extra 10 days of practice they missed as a result of the surgery and a trip to the Dominican Republic that was canceled because of it, it’s not a stretch to say it was impactful to some extent.

Does it change the fact that Duke lost in the Elite Eight? No. There’s always the possibility that Duke could have lost a key to the season compliments of a freak injury on that trip that could have theoretically made things even worse.

But in a profession where what-ifs simply come with the territory, it won’t matter if Krzyzewski wants to use his health as an excuse. Because there will be people out there who will do it for him. That’s the Duke way, win it all and if not, there’s always some reasonable excuse. It’s never because they simply weren’t as good as the competition.

The good news for those people is, if you feel like you got robbed last year with a loaded roster that simply didn’t gel the way we all had hoped, there’s reason for optimism this winter. Duke has another ridiculous incoming freshman class and the program’s patriarch is healthy.

And even Krzyzewski will acknowledge that he’s feeling particularly good this offseason.

“When you’re not doing things naturally or you’re inhibited from doing things you would normally do as a coach on the court, it wears you out,” Krzyzewski told Bleacher Report earlier in the year. “The sobering occurs when you haven’t taken care of it. Oh, I can’t walk right. I’m tired. When you get them all fixed and you do the right rehab, you start saying, ‘Now I’m good.’ I’m really good right now. I’m as mobile and as healthy as I’ve been in 10 years.” Anyone who lives in our Coachella Valley for more than a year has heard these words before undoubtedly from a friend or loved one.

Does that win Duke a national championship? Of course not. What it does do, however, is pull the rug out from underneath using Coach K’s health as an excuse.

Sure, those most inclined to use it as an excuse in the first place might replace it with something else, but this should lay the responsibility at the feet of Krzyzewski and these players. And that’s something that everybody involved needs, particularly the players.

Krzyzewski’s place in history is secure, but he continues to compete regardless. However, these high-profile freshmen are on the doorstep of superstardom and the first hurdle to clear in that pursuit is proving this stage isn’t too large for you.

And any excuse for any failures they might endure along the way are a disservice. Of course they’re going to make mistakes, but how they accept responsibility for them and use them to grow as players will likely define whether they ever reach that ceiling they’re working towards.

So be excited for a healthy Krzyzewski this season because it means we won’t have to talk about whether or not he’s healthy and how it may or may not make things harder for Duke Basketball. That’s a reason for optimism.

Although, if you needed more reason to be optimistic than R.J. Barrett, Cam Reddish, Zion Williamson, Tre Jones and Joey Baker, you might be taking life as a Duke basketball fan for granted. If you’re keeping score at home, these signees rank 1, 2, 5, 15 and 33 respectively, nationally. No other big school came close to recruiting this amount of high level kids. It’s early, I’m aware; however, this will be as entertaining a college basketball season to watch as any in memory. Remember Michigan’s fab 5? These kids are better.