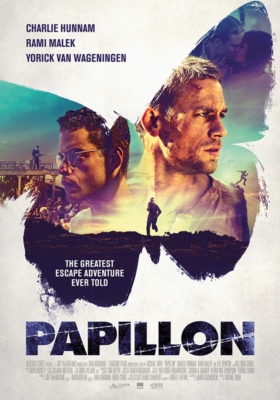 If you’re planning on watching the reboot, a word of caution: try not to see the original first.

Franklin Schaffner’s original was long, gritty and brutal. It plunged the audience into the horrors of a remote 1930’s French penal colony while leaving them with hope — not only of the possibility of escape, but of the ability to create meaningful bonds under the worst conditions.

Michael Noer’s version plays with these aforementioned concepts but fails to achieve the same effect.

Adapted from both the bestselling book by Henri Charriere and the 1973 screenplay by Dalton Trumbo and Lorenzo Semple Jr., it has most of the basic ingredients, but seems to only be going through the motions rather than exploring new ideas. I heard no authentic voice and saw no memorable images. Although the violence and gore were not muted, the final effect was a lesser, somewhat disappointing emotional and intellectual reward. This is one of those unnecessary remakes that’s hard to justify. 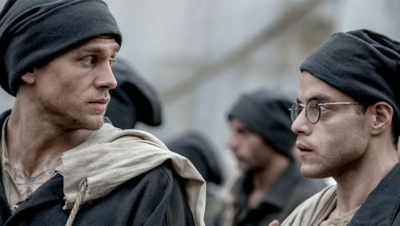 At best, Hunnam and Malek showcase their intense physical dedication, while generating a few lighthearted moments amidst all the hardship. They don’t really have the allure of McQueen and Hoffmann onscreen — who ever could?

I was a little put off by the movie poster’s blatant attempt to portray the two leads as resembling McQueen and Hoffman per their 1973 version, and the same with their respective make-up for the movie itself.  It’s as if the actors are not portraying historical characters but only other actors in a superior film of the same name. I don’t like having these thoughts when I’m trying to watch a movie and suspend disbelief. Know what I mean? 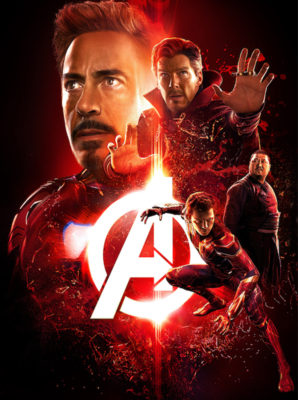 Based on the Marvel comic franchise first published in 1963, A:IW continues the lineage of truly epic big screen adventures chronicled in the previous 18 iterations.

Box office history was made when Marvel Studios A:IW shattered ALL opening records, surpassed the $2 billion mark at the global box office in just 48 days, and remains the fourth highest grossing film of all time. Now the cinematic event ten years in the making comes home with over two hours of bonus material.

Now, members from every MCU franchise must sacrifice like never before in an attempt to defeat the powerful Thanos (Josh Brolin) before his blitz of devastation and ruin puts an end to the universe.

Directed by brothers Anthony and Joe Russo from an original script by Christopher Markus & Stephen McFeely. Kevin Feige produced with a team of associate producers almost as large as the cast. The 4K Cinematic Universe Edition’s bonus material includes more than two hours of never-before-revealed details of its unprecedented, ten year cinematic journey including an epic filmmaker roundtable, an inside look at the surprising Super Hero pair-ups, deleted scenes, gag reel and more. Much more.