A new, original work, “Eugene Walter At Large” will take place on Saturday, December 16, 2018 at 2pm at Palm Springs Cultural Center/Camelot Theatre located at 2300 E Baristo Rd, Palm Springs, CA 92262. The cost is FREE, tickets are available on the day of the reading on a “first-come, first-served” basis. 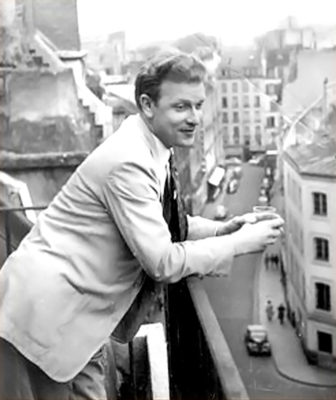 “Eugene Walter At Large” illuminates one of America’s most unique literary voices, Eugene Walter, a man who George Plimpton called “the most famous writer you’ve never heard of.” Walter met and forged friendships with contemporaries such as Truman Capote and Harper Lee. In New York in the late 1940’s, Walter took art classes with Andy Warhol, stalked Greta Garbo and was given a memorable souvenir from legendary stage star Tallulah Bankhead. In the 1950’s, Walter was connected to a major literary magazine and living in France. Trading recipes with Alice B. Toklas, sharing poems with Isak Dineson and Allen Ginsberg, championing new works by Muriel Spark and Gore Vidal, Walter was in the center of the literary expatriate community in post-war Paris. Moving to Rome put Eugene in the center of the golden age of Italian cinema where he worked in front of and behind the camera for legendary filmmakers including Franco Zeffirelli and Federico Fellini. His legendary parties were populated with friends like Anna Magnani and Leontyne Price. Perhaps his most famous party was for iconic film star Judy Garland shortly before her untimely death. Playwright and actor Joel Vig has put together this one-man performance as a tribute performance to celebrate this great American writer known as the Renaissance Man of Mobile.

Coyote StageWorks is a nonprofit, 501(c)3 company dedicated to advancing theatre as a vital art form in the desert communities of the Coachella Valley. During the past decade, the production company has earned 73 Desert Star Awards, two “Best Live Theater” wins in Desert Magazine, accumulated countless rave reviews, and three Coyote StageWorks productions transferred outside of the Palm Springs community.