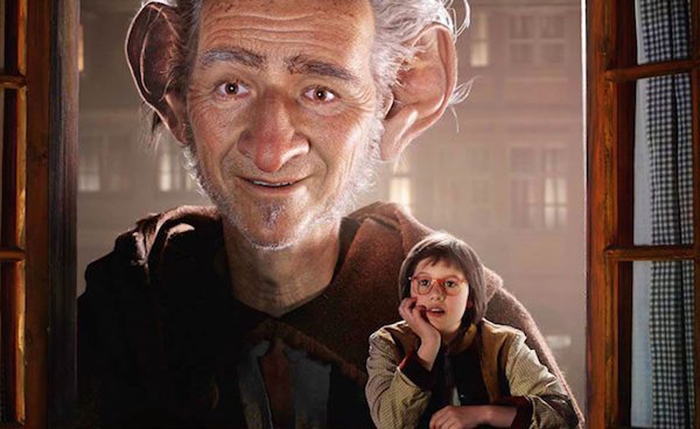 When I think of Stephen Spielberg movies, I think of backlighting, sentimentality an omnipresent and cloying sugary sweetness and a story set in a beautifully rendered Norman Rockwell-like world. Spielberg says he read aloud Roald Dahl’s story to his kids and became enamored of the movie possibilities. No question the film is masterfully crafted, but make no mistake, the decidedly darker elements of Dahl’s popular tale about Sophie (newcomer Ruby Barnhill), a ten-year-old girl, the Queen of England and a benign giant known as the BFG, who set out on an a quest to capture the terrifying and truly evil, man-eating giants who have been invading the human world from another realm. This fearsome manifestation of “the other” bent on wreaking havoc — maybe for its own sake is deep and disturbing and not in the same vein as “ET” although the similarities are perhaps intentional. The late Melissa Mathison (“ET,” “Black Stallion”) adapted the screenplay from Dahl’s story. Mathison’s unique knack for fleshing out previously existing source material that presents a world world as seen through a child’s eyes is on full display here. This is much more of a “family horror film” if such a genre even exists. Scary and horrible images and nightmarish situations abound around the innocent and sympathetic orphan hero Sophie. The fury of the bullying giants is unsettling and maybe not for little kids. Mark Rylance (“Bridge of Spies”), in a motion-capture performance, brings the BFG to believable life. I must admit, in spite of the wondrous visuals, I was tapping my foot until Sophie and the BFG got the queen (Penelope Wilton) to help in their fight against the cannibalistic giants that taunt the BFG and threaten to devour Sophie. 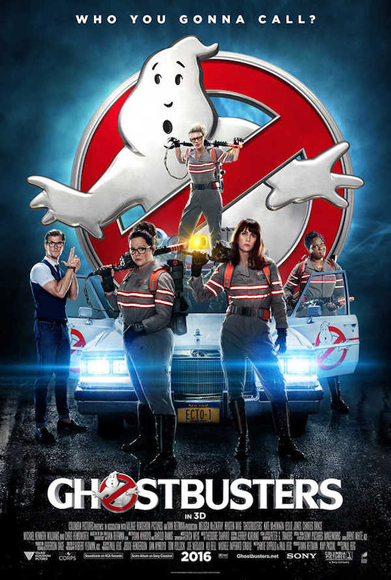 Paul Fieg’s misogynistic trolling of the all-female reboot of the beloved 1984 original does not do justice to it’s source material, but Melissa McCarthy, Kristen Wiig and “Saturday Night” Live stars Kate McKinnon and Leslie Jones attempt a revitalization to this sometimes dubious enterprise. I did like Chris Hemsworth’s turn as a dumb blond secretary. Bill Murray is featured in a bland cameo bit that only reminds of the superiority of the original. Some films should not be rebooted. Why not just watch the original again? Especially n this case. I did like the 3D, in the ghost scenes.

NEW BLU-RAY FOR THE HOME THEATER: 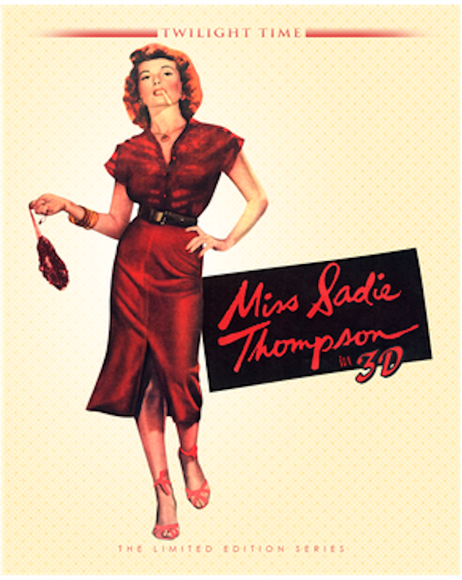 Miss Sadie Thompson is yet another version of the Somerset Maugham’s story, “Miss Thompson” (later retitled “Rain”), this one gussied up with music, Technicolor, and 3D (!) – to eye-popping effect. The story of the seductive “party girl” (Rita Hayworth) who raises temperatures all over the South Pacific has been filmed several times. Originally, Sadie was a prostitute, but this edition significantly dilutes Sadies’s profession. This iteration features Aldo Ray as a love-struck Marine and José Ferrer as a religious zealot who, like many such folk, protests against the lady a bit too much. Besides Hayworth, Ferrer and Ray, the film coastars Russell Collins, Diosa Costello, Harry Bellaver, and Charles Bronson. Twilight Time Movies limited edition. 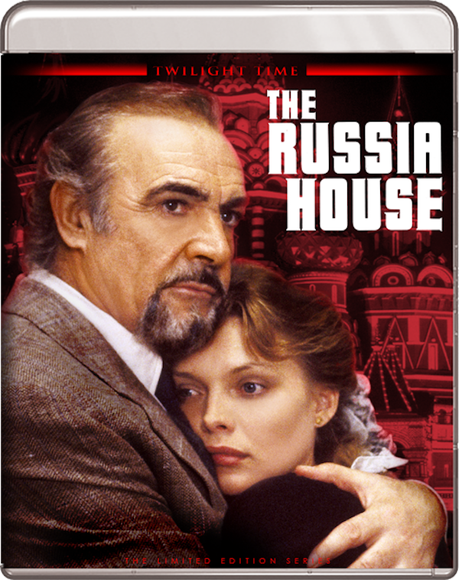 Directed by Fred Schepisi from a literate screenplay by Tom Stoppard, this smart adaptation of John le Carré’s best-selling thriller about the pursuit of a scientific manuscript that could harm the glasnost Russians while possibly helping the American and British secret services rings true. The major players involved in the plot are a British publisher (Sean Connery, giving one of his more sublime performances), a level-headed but cautious Russian beauty (Michelle Pfeiffer), and the manuscript’s cagey author (Klaus Maria Brandauer); even as they attempt to deal with the bureaucrats (including Roy Scheider, James Fox, John Mahoney, and, the eclectic filmmaker Ken Russell! They all find themselves engaged in a surprisingly intense personal and passionate drama. The authentic Moscow locations add immensely to the pleasure of suspending disbelief. 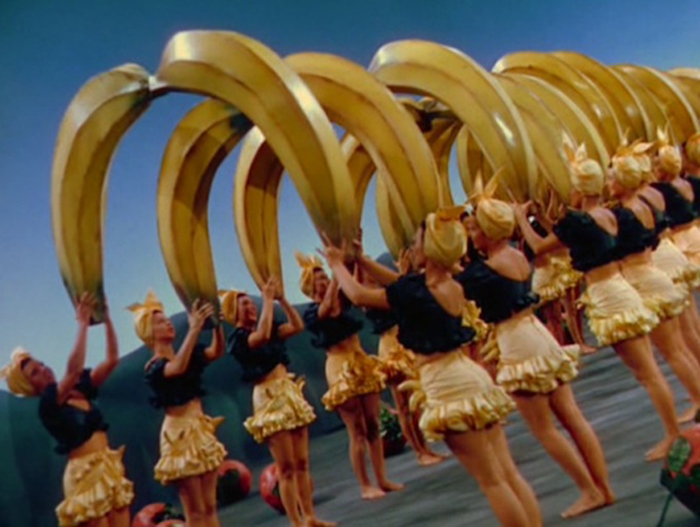 The night before his deployment in World War II, wealthy heir Andy Mason (James Ellison) falls in love with Eadie (Alice Faye), a beautiful cabaret singer. The two hit it off, but Mason fails to reveal the fact that he has already promised to marry Vivian (Sheila Ryan), a family friend. When he returns from the war a hero, his father throws a huge party for him, hiring Eadie and her company to perform. Mason hopes to find an out with Vivian in order to marry his true love.

The big draw of this kaleidoscopic hallucination of a movie is the beguiling charm and potent charisma of Carmen Miranda. And of course there’s the famous and controversial “Banana dance” sequence that some critics actually found obscene when the film was originally released in the 1950s! This is arguably Busby Berkeley’s wildest, most delirious picture. It was intended as an escape from the lingering wartime anxieties. It still works today as a ticket to an extravagant and fantastical world. Generous extras include fascinating multiple commentaries from recognized film historians. Twilight Time Movies. Limited edition.