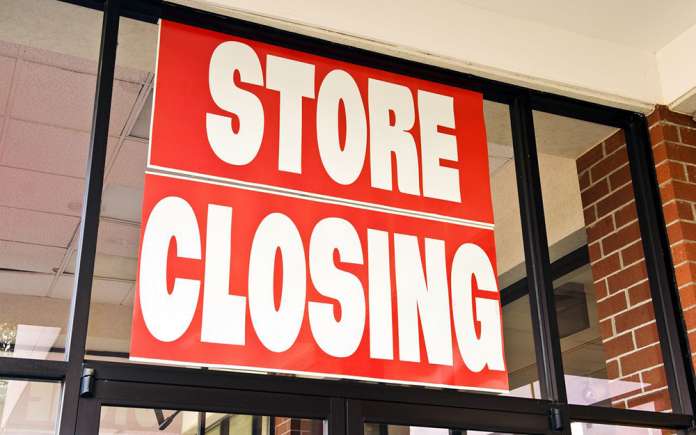 Black Friday is the day after Thanksgiving when people gorge on shopping.  It is estimated that nearly half of all Americans will buy something because of Black Friday sales.

This shopping season will take on additional importance to many retailers as they cope with higher operating costs, increased interest rates and a slowing economy.  A bad holiday shopping season may prove to be the demise of many businesses.

One of the ways to tell how badly a company is doing is by looking at the price that its debt is trading at in the bond markets.

Bed Bath & Beyond debt that matures in August 2024 pays an interest rate of 3.75%.  At present, that debt is discounted such that you would only get 35 cents on every dollar invested if you sold it today.  That results in an interest rate to the buyer of 80%.  This indicates that BBBY is at a very high risk of bankruptcy prior to repayment.

BBBY’s financial woes started a few years ago when a new CEO spent millions on store refreshes along with a shift to its own brands.  This drained company coffers of cash while driving sales lower.  After the CEOs dismissal, it came out that the CFO ‘may have’ engaged in stock price manipulation. In response to this, the CFO jumped to his death and committed suicide.

During the most recent quarter, the company lost $366 million on $1.4 billion in sales.  With only $135 million of cash on hand at the end of September, the company has shifted back to national brands as it struggles to stock shelves for the holidays.  The question now is whether the company will get enough unique merchandise from the national brands to pull shoppers from Amazon, Target or Walmart.  Bond prices suggest that the company will be unsuccessful.  BBBY stock is currently trading at $3/share for a market capitalization of $274 million.

Carvana debt is also priced at distressed levels.  With used car prices falling, it seems that Carvana cannot make a large enough profit on each car sold to cover the cost of operations and interest payments on debt.  Interest expenses are twice the amount of cash on hand while operating costs are twice as much as the money made on each car sold.  While Carvana can also make money on car loans, its pricing is not competitive with banks.  If those problems were not enough to challenge the company’s future, the company is facing numerous lawsuits due to its problems at getting car titles and registrations to buyers.  CVNA stock is currently at $7/share for a market valuation of $745 million.

Meme stock darling AMC Theatres debt that matures in June 2025 currently trades at 25-30 cents on the dollar.  With over $5 billion in debt, $4 billion in lease obligations, $685 million in cash and over $800 million in losses in 2022 alone, AMC is a financial house of cards.  With a stock price of $7.25/share, the company still gets a strong valuation at $3.7 billion due to its legions of meme investors.

With the end of the pandemic, sales of Peloton exercise equipment is way down.  Revenues from existing users are not enough to cover operating costs.  Revenues of $3.4 billion cost Peloton $2.7 billion to produce.  This leaves the company with a gross profit of $652 million to cover $2.1 billion in operating expenses.  During the last quarter alone (that’s 12 weeks), the company lost more than $400 million!  While $900 million in cash would last a while for many companies, this equates to a six to nine months for Peloton.  With a stock price just under $10/share, the company is valued at $3.3 billion.