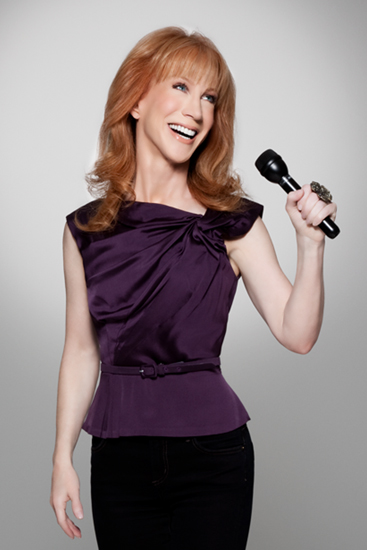 Kathy Griffin is a towering figure on television, on tour, and in publishing. She breaks through the entertainment clutter with her universally recognized brand of pull-no-punches comedy.

In 2013 Kathy was inducted into the Guinness Book of World Records for writing and starring in an unprecedented 20 televised stand-up specials – more than any comedian in history. Buoyed by her dedicated and engaged fans, Kathy’s live standup performances are legendary and in a class of their own.

Whether she’s tearing up stars on the red carpet, making Anderson Cooper blush on New Year’s Eve, or keeping her fans doubled over with laughter with her stand-up specials and late-night talk show appearances, the always entertaining Kathy Griffin delivers an unbelievable, unforgettable night of laughter.

Kathy was a cast member on NBC’s Suddenly Susan and guest starred on Seinfeld and Law & Order: SVU. She lent her unique voice to animated characters in Shrek Forever After and the award-winning television shows The Simpsons, American Dad, and Dilbert.

Griffin’s other awards and honors include The Human Rights Campaign’s Ally for Equality, Iraq and Afghanistan Veterans of America’s Leadership in Entertainment honor, GLAAD’s Vanguard award, The Trevor Life Award from the Trevor Project, and a Gracie Award for Outstanding Female Lead. 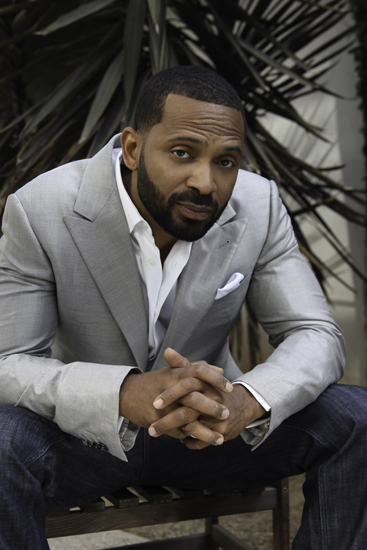 Since 1995 when he was first discovered on the Def Comedy Jam tour and HBO’s “Def Comedy Jam,” Mike Epps has been steadily climbing the standup comedy ranks. He has had two Showtime Comedy specials, with another set for release on Netflix later this year, and has starred in over 30 films and television projects. On Friday, January 22nd, 2016, Mike Epps makes his debut at Fantasy Springs Resort Casino, bringing his “Mike Epps: The Real Deal Tour” to the Special Events Center for an 8PM show.

Gearing up for the role of a lifetime, Epps has also been hand-picked to star in the bio-pic for comedy legend Richard Pryor, directed by Lee Daniels. Epps has also been cast in the title role in the ABC sitcom “Uncle Buck” opposite Nia Long. The show is a remake of the John Hughes classic.

Epps was also recently seen starring in the Starz series “Survivors Remorse” produced LeBron James and Mike O’Malley. Additionally, Mike stars in his own AOL original series “That’s Racist.” In this ten-episode comedy series, Mike explores the backstories of this humor and how history and fact often distort into a snide – but sometimes funny – shorthand. He interviews those on the receiving end of the jokes and conducts witty roundtable conversations on the topic.