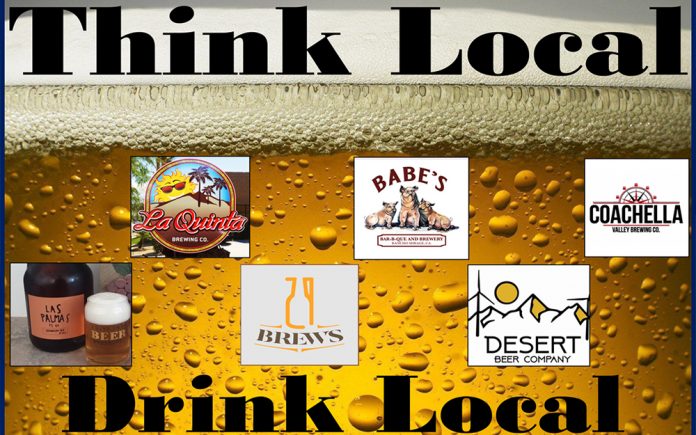 I’d like to open by wishing you and yours a very Happy New Year. With 2021 solidly in the rear-view mirror and 2022 settling in nicely, it’s time to take a peek at what your fearless beer scribe believes the beery landscape holds for the coming twelve months. Mind you, my crystal ball is a little hazy at this point and I promise that’s not the only bad joke coming in this column.

#1 – IPA’s Will Continue to Dominate

IPA has been Craft Beer’s volume leader for the past fifteen years and that isn’t going to change, so that isn’t really big news. While we’ve seen some sub-styles of IPA come and go in recent years, here is my prediction: Brut, Dry, and Cold IPA’s are out while Milkshake IPA’s will (much to my chagrin) continue to gather momentum and popularity. In a time when fewer and fewer brewers are making beer flavored beer, this does not bode well for traditionalists. I also see an even greater resurgence of West Coast IPA’s and lower volume for the Hazy’s. Hey, a guy can dream, right?

As predicted, the Selzer category went absolutely bonkers in 2021 with many craft brewers joining the Me Too movement during the year. And while White Claw and Truly easily led the pack, the real innovation in the segment will come from craft brewers in the for of upscale flavorings. Through last year, the best-selling seltzers were simple fruit variations such as Black Cherry, Peach, Mango, and Watermelon. Look for the inventive side of crafty brewers to innovate with new flavor combinations that the big boys would never dare to try. In addition, also look for these brewers to escalate the average alcohol content of these neutral offerings from the industry standard 5.0% alcohol by volume (ABV) to 7, 8, 10% and beyond. Higher alcohol concentrations will offset the higher price charged by the crafties and will allow them to experiment with seltzers named after cocktails such as Sex on the Beach, Moscow Mule, and Jungle Juice.

With the pandemic also came an added awareness to personal health and NA beer, already a player in Europe, finally gained a toehold in America. While NA sales will continue to grow, what remains to be seen is just who will hit the magic formula first. Current craft brewers focused on NA beer simply haven’t hit the mark in terms of profile. While Athletic Brewing seems to be leading the pack at the start of the year, we shall see where they finish. In the meantime, Bravus, Dogfish Head, and Partake Brewing should head back to the drawing board post-haste as y’all have some more homework to do. Please start by picking up a bottle of Erdinger NA from the Bayern region of Germany.

It’s no secret that the prices of consumer goods have risen dramatically over the past twelve months and the upcoming year, in my opinion, is going to be worse…much worse. Brewers are used to seeing price increases for raw materials each and every year, but product shortages in 2022 are going to exacerbate the situation greatly. Major malt suppliers are already experiencing shortages from the effects of drought on the 2021 barley crop. Aluminum cans, another Covid victim, spiraled in cost last year while manufacturers tripled and quadrupled the minimum order for many smaller brewers. Toss in record-high fuel prices and the cost of getting those goods delivered to a brewery skyrocketed as well. Want to hedge some of the price increase? Go see your friendly brewers at your local taproom as pricing is still very consumer-friendly.

Call me crazy, and maybe it’s just a personal wish. The Lager category has gotten a bad rap over the past 50 years because of the Big Guys, and in my opinion, it simply isn’t warranted. Maybe it’s my roots talking, but I’m a firm believer that there is a time and a place for every beer on the shelf with the possible exception of (I kid, I kid) Milkshake IPA’s and Pastry Stouts. Craft brewers are producing some amazing Czech Pilsners and German Helles and I firmly believe that the category will receive a healthy push upward in the coming year. As an added bonus, I wouldn’t be unhappy to see more American Style Pale Ale available either.

With industry consolidation still on the rise, we will undoubtedly see more of our favorite breweries gobbled up by the mega-brewers. All the while I see more and more good folks discovering their neighborhood tap room where, if you play your cards right…everybody will soon know your name. Purchasing local makes a lot of sense in terms of freshness and the money spent at your local stays local. Money spent at your neighborhood taproom pays for a little girl’s dance lessons, helps by supporting local charities and might heck, they even be the sponsor your child’s sports team. It’s time to become a regular customer!

#7 – Attrition May Take its Toll 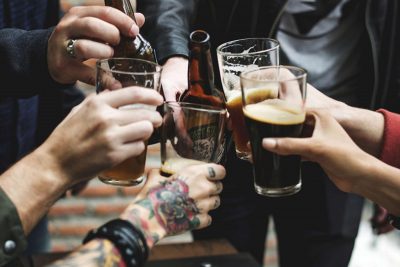 It’s no secret that the global pandemic forced almost every brewery in America to pivot over the past two years. We still managed to add more breweries than we lost in 2021, but that trend may reverse itself this year into a net loss. Why the glum forecast? A lot of small brewers were able to stay afloat through 2020 and 2021 with a healthy combination of Federal and State loans as well as some rent forgiveness by understanding landlords. As this funding runs out, life is about to get interesting for a lot of brewers who have been living on the edge. I certainly hope I am wrong about this one.

(When Ed Heethuis isn’t brewing at Spotlight 29 Casino for 29 Brews, you will find the Certified Cicerone / Brewmaster out on his road bike, sampling the latest Holiday brews, or talking beer with the patrons at Taproom 29. He may be reached at: heethuis.ed@gmail.com or wherever beer may be found in the wild.)