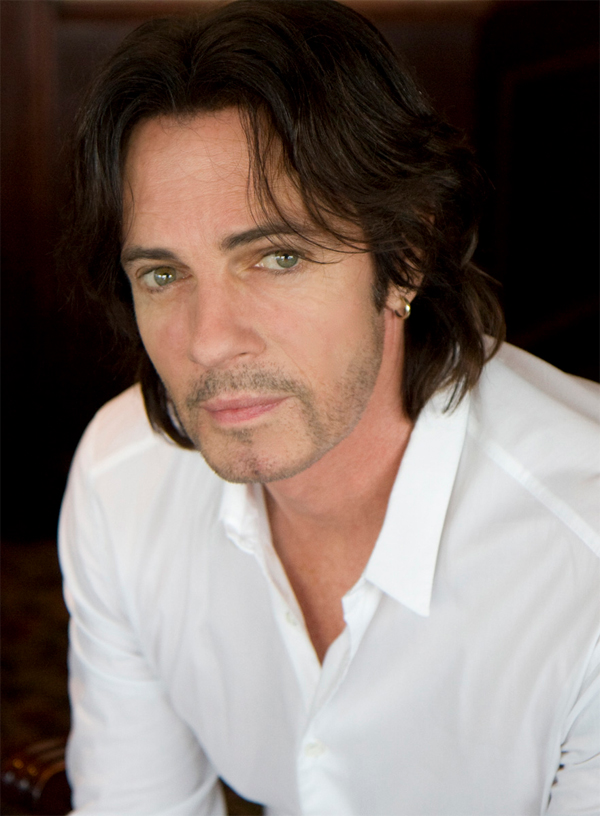 For all his accomplishments as an actor and best-selling author, Rick Springfield brings his first love – music – a passion he’s harbored since the age of 12 to the Fantasy Springs Special Events Center on Sunday, February 16, 2014.
Springfield has an accolades resume many only dream of with 25 million records sold, 17 top-40 hits, including Don’t Talk to Strangers, An Affair of the Heart, I’ve Done Everything for You and Love Somebody, as well as a 1981 Grammy® for Best Male Rock Vocal for his No. 1 hit single “Jessie’s Girl.” And it’s not just his music career being recognized. His 2010 autobiography, Late, Late at Night entered The New York Times best-seller list at No. 13 and Rolling Stone named it one of the top-25 rock autobiographies of all time.
In 2013 Springfield teamed up with Dave Grohl on the Sound City project, which encompassed a documentary, and album, and the Sound City Players tour, a string of critically acclaimed shows with fellow documentary subjects including Stevie Nicks, Trent Reznor, John Fogerty and Lee Ving. The duo co-wrote The Man That Never Was which was inspired by a true story from World War II and has been recognized by critics as one of the best songs on the Sound City album.
Springfield’s latest and 17th studio record, Songs of the End of the World, was released in October 2012 and a collaboration with songwriter Matt Bissonette.
Tickets for the 8PM performance are on sale for $49, $39, $29 at the Fantasy Springs Box Office, via telephone (800) 827-2946 or online at www.FantasySpringsResort.com.

DAME EDNA IMPERSONATOR TO APPEAR AT THE PURPLE ROOM
Michael L. Walters Performs His Rendition of Famed Character
Renowned actor, vocalist, and female impersonator Michael L. Walters will take the Purple Room stage by storm in “A Royal Audience with Michael L. Walters as Dame Edna,” on Sunday, February 9 and Monday, February 10, 2014. Dinner begins at 5:30 pm with the performance at 7 pm and reservations are recommended. Tickets for the dinner show are $40 per person and may be purchased by calling 760-322-4422 or by visiting purpleroompalmsprings.com. Walters will also make a special late night appearance at 9 pm on Sunday for $20 per person (cocktail and food menus available).
A fun-filled evening of glamour and sidesplitting laughter featuring glittering gowns, outrageous comedy, and original musical numbers, the show is a full-scale homage to the fabulous Dame Edna. Michael Walters, who first donned the wisteria coif and rhinestone glasses in 2001, never dreamed he would still be performing the character today. His impersonation has received the blessing of Dame Edna’s original creator, Barry Humphries, who Walters had the honor of appearing with in 2010.
The legendary Purple Room is open for dinner from 3 pm to midnight Tuesday through Sunday, with a late night menu served from 11 pm until 2 am on Fridays and Saturdays, and top quality entertainment six nights a week (closed Mondays). For reservations and more information about upcoming performances and shows, call 760-322-4422 or visit purpleroompalmsprings.com.

Tickets are available for all at Frank Sinatra Celebrity Invitational
Plus, a few golf playing spots are still open
Beginning in 1989, Frank and Barbara Sinatra began inviting friends, family and friends they hadn’t yet met out to the desert to play some golf and have some major fun while supporting The Barbara Sinatra Center for Abused Children on the Eisenhower Medical Center Campus in Rancho Mirage.
Now in its 26th year, The Frank Sinatra Celebrity Invitational, sponsored by Starkey Hearing Technologies and hosted for the fifth year by Fantasy Springs Resort Casino in Indio, is still known as “Frank’s little party in the desert” and takes place Feb. 20 through 22 in Indio.
For three days, golfers, guests and the public will mingle with celebrities from the worlds of film, television, fashion and sports in a mix of parties and golf course fun. And, unlike some celebrity golf events, there is free gallery viewing on the golf course and spectators are invited to bring their cameras.
Shotgun start, Day 1: 8:30 a.m., Friday, Feb. 21. Eagle Falls Golf Course.
Shotgun start, Day 2: 8:30 a.m. Saturday, Feb. 22. Eagle Falls Golf Course.
There are a limited number of golf packages, starting at $3,500 per player, still available. Packages include golf for one (1) player, amenities and admission to all social functions for two (2) guests.
Tickets for all the exciting social events scheduled for the 2014 Frank Sinatra Celebrity Invitational, are available as follows:
Dinner, Auction & Pairings Party, 5:30 p.m. Thursday, Feb. 20. Fantasy Springs Resort Casino, Special Events Center. Entertainment: Steve Azar, country/blues singer and songwriter. Tickets: $100 per person.
Barbara Sinatra Luncheon & Fashion Show, 11 a.m. Friday. Special Events Center. Silent auction, 11 a.m.; lunch and fashion show by Troy featuring pieces by Jackie Rogers. Tickets: $125 per person
Dinner & Live Auction Party, 5:30 p.m. Friday. Special Events Center. Silent auction, dinner and entertainment by The University of North Texas One O’clock Lab Band with a special appearance by Deana Martin. Tickets: $250 per person.
Black Tie Gala, 6 p.m. Saturday. Black Tie reception. 7 p.m. Dinner and entertainment by Mr. Las Vegas – Wayne Newton. Tickets: $1,000 per person.
For additional information on individual events or to purchase tickets for events, contact the Frank Sinatra Celebrity Invitational tournament office at (760) 674-8447 or www.franksinatragolf.org.

TRIO RESTAURANT’S 5TH ANNUAL “HOLLYWOOD’S BIGGEST NIGHT” TO BENEFIT AIDS ASSISTANCE PROGRAM
In celebration of the 86th Annual Academy Awards, Trio Restaurant in Palm Springs will once again host “Hollywood’s Biggest Night” beginning at 4:30 pm, on Sunday, March 2, 2014. The glittering evening will include the now signature ‘orange’ carpet arrivals, and a special greeting from dynamo hostess and local celebrity, Bella da Ball. Proceeds from this event will benefit AIDS Assistance Program. Those in attendance will view the Oscars® pre-show and awards presentation on special screens.
“Traditionally, this has truly been a magical evening of dining, drinks, and the greatest awards show on earth,” says Tony Marchese, co-owner of Trio. “You immediately feel the energy and the excitement as our guests wait with anticipation for the winners, and everyone in attendance has such a wonderful time. It’s hard to believe this is our fifth year hosting this event, and each one seems to be more magnificent than the last.”
Tickets for Hollywood’s Biggest Night start at $125 per person for bar seating, $150 for general seating, or $175 for VIP/premium seating, which includes a prix-fixe dinner, well drinks, wine, and champagne. Tickets should be purchased in advance by visiting www.aidsassistance.org or by calling AAP at 760/325-8481.
“You don’t have to be an A-list celebrity to experience the magic and excitement of Oscar night, and Trio is the best place in the Valley to view one of the most entertaining and highly anticipated awards shows in the world,” says Mark Anton, CEO/Executive Director of AIDS Assistance Program.

Haute 4 Help Fashion Show
March 7, 2014 7pm @ Westin Mission Hills
Produced by Valerie A. Powers Smith, Esq. & Dr. Mark J. Smith
Haute 4 Help Fifth Annual Fashion Show is being held at Mission Hills Country Club, and is again, shaping up to be an event not to miss on anyone’s social calendar!
This year will repeat a runway fashion show to showcase the fashion donations for auction, but will also feature additional items available for purchase. Well-known Couture designers have already committed to the event. All purchases will receive a receipt from Desert Aids Project.
Wine, beer & fashionably chic tapas will be served throughout the evening which will begin at 7:00 p.m. with a cocktail hour, and the live auction will start around 8:15 p.m.
For tickets, call 760-323-2118, visit desertaidsproject.org or e-mail info@haute4help.org.

LESBIAN HUMORIST DOROTHY KIRK TO APPEAR AT THE DESERT ROSE PLAYHOUSE
The Desert Rose Playhouse, the Valley’s live stage company serving the LGBT community, will present lesbian humorist Dorothy Kirk in two of her one-woman shows: a lab production of I Came Out in a Darkroom; and Hold Still! I Can’t See Myself. The special presentations will play for one weekend only, March 7 – 9, 2014. I Came Out in a Darkroom will be performed on Friday, March 7, 2014 at 8 PM. Hold Still! I Can’t See Myself, will be performed Saturday, March 8 at 8 PM and Sunday, March 9 at 2 PM.
Tickets are $25. To order go online at www.desertroseplayhouse.org or call 760-202-3000.
The Desert Rose Playhouse, 69620 Highway 111, Rancho Mirage, CA 92270 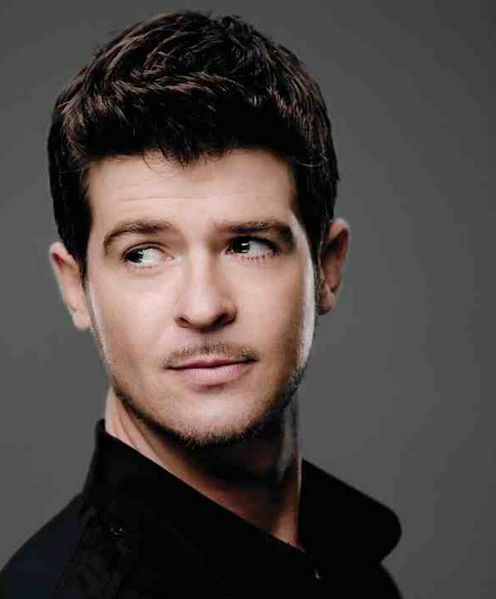 Following the release of his bestselling, Grammy® nominated new album, Blurred Lines, Robin Thicke makes a tour stop at Fantasy Springs Resort Casino on Friday, March 28th. Robin will be joined by special guests, DJ Cassidy and K. Michelle.
Tickets for the 8PM performance go on sale January 24th for $109, $89, $69, $49 at the Fantasy Springs Box Office, via telephone (800) 827-2946 or online at www.FantasySpringsResort.com. 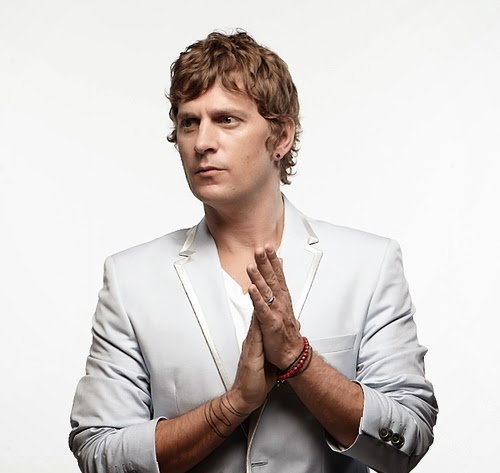 Multiple Grammy winning Emblem/Atlantic recording artist Rob Thomas plays at Fantasy Springs Resort Casino on Saturday, April 5th which benefits Sidewalk Angels Foundation, the non-profit organization founded by Rob and his wife Marisol Thomas.
Rob Thomas is one of the most distinctive vocalists and accomplished songwriters in contemporary music, garnering a string of accolades – both for his work as lead singer and primary composer with Matchbox Twenty as well as for his solo work and collaborations with other artists. In 2004, the Songwriters Hall of Fame presented Thomas with its first ever “Starlight Award” – created to recognize a songwriter in the early years of his or her career that has already made a lasting impact. He has won numerous BMI and ASCAP Awards, and has earned the Songwriter of the Year crown from both Billboard and BMI, two years in a row.
Thomas is best known for his chart-topping hits such as “Lonely No More” and “This is How a Heart Breaks” and Matchbox Twenty hits like “Push,” “3AM,” “If You’re Gone,” and “Bent.” Thomas also earned three Grammy Awards for “Smooth,” his smash collaboration with Santana. Thomas wrote and sang the song, which currently ranks first on Billboard’s “Top Hot 100 Rock Songs” chart and second on the magazine’s “Hot 100 All-Time Top Songs.” Thomas last solo album, Cradlesong, generated even more number one hits, including “Someday” and “Her Diamonds.” Overall, Thomas has contributed to sales of more than 80 million records.
Rob Thomas and his Matchbox Twenty band mates recently finished up their hugely successful sold-out world tour in support of their #1 selling album “NORTH.” Fueled by critical acclaim – as well as the hit singles, “She’s So Mean,” “Overjoyed” and “Our Song”– the album’s unprecedented success marked the band’s first-ever chart-topper and #1 debut. Rob is currently at work on his third solo album.
Tickets for the 8PM performance are on sale for $79, $59, $39 at the Fantasy Springs Box Office, via telephone (800) 827-2946 or online at www.FantasySpringsResort.com.